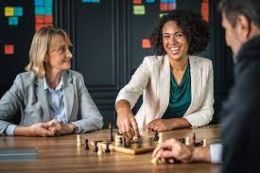 Game theory is oftentimes also called the prisoners’ dilemma because of the basic scenario from which it derives. Two prisoners are charged with a crime and are being kept isolated, in separate cells. They both are in possession of a particular piece of information, and know that the other prisoner also has it. If they both remain silent, they will both get a sentence of one year. If they both confess, and by confessing implicate their fellow prisoner, they will each get a sentence of three years. But, if prisoner A stays silent and prisoner B confesses, prisoner A will get a sentence of five years, while prisoner B will walk free of all charges. They have no way of knowing what the other prisoner will choose until their trial. As a whole, it is best for them to remain silent, but individually, there is a strong incentive to betray the other, and they know that the other prisoner is facing the same temptation.

To put game theory in more abstract terms, imagine there are two parties and they are faced with a simultaneous, unavoidable, binary decision: cooperate, or compete/betray. Their decisions result in a number of outcomes ranked from +2 to -2, with +2 being the best and -2 the worst. If they both cooperate, they both obtain an outcome of +1. If they both compete, they both receive a -1. If one competes and the other cooperates, the competitor gets a +2, and the cooperator gets a -2.

It is easy to see how complicated this simple game can become if we add in one or more modifications so that it better mirrors reality. Do the players know their past decisions? Are the decisions made simultaneously, or one after the other? What if there is a third party to help monitor? Can they communicate signals? Are the outcomes of unequal magnitude, such as what would normally be a +2 being a +5 for one or several parties? Does one side start out with extra points already? Is the objective to maximize your own outcomes, or to outdo the other player? Can one or both sides walk away or otherwise evade, producing a neutral zero result for one or both? Are the parties indifferent, affectionate, or hostile towards each other? And in what can be the most complex, are there more than two players, and are there multiple games being played at the same time?

There is also the question of different personalities. One player type could be a cuck who always cooperates no matter what. Another could be hyperaggressive and almost always compete. Another could be erratic, and make their decisions erratically based on caprice or perhaps reasons outside of the proper game, such as if it is sunny outside. The best player, though, is one who is rational: He will cooperate by default and with those who cooperate to maximize his value, and compete against those who compete. But he will also be wary of if the relative power of those with whom he cooperates could one day become so great that they could then compete against him with impunity.

Let us apply game theory to American race relations, starting with the simplest issue: how whites and blacks interact as groups. As a whole, whites are cucks who cooperate every single time with blacks, while blacks compete every single time and take as much as they can. Whites give blacks all manner of preferential treatment, from affirmative action to welfare. Whites bow to BLM. White jurors routinely screw over their own race’s right to self-defense in clear-cut cases such as the McMichaels trial. This cucked, hyperaltruistic cooperation mainly derives from how the average white is so deracinated that they cannot even grasp that the races are playing game theory. It’s hard to do well in a game you don’t even know you are playing.

Meanwhile, blacks will take every affirmative action opportunity presented to them and then demand even more. Blacks will commit hate crimes against whites, ranging from stolen bicycles to SUV terror attacks against our women and children, as happened in the recent Waukesha tragedy. Black jurors tend to side with their black bruthas regardless of the facts. Blacks will even compete so hard that they burn their own hoods down, in large part because they know whitey will cooperate and pay to rebuild it.

This is obviously not tenable. Whites have been cooperating with blacks since the 1960s, and each and every single time blacks have repaid such kindness with treachery, violence, and disdain. They see boomers and other cucks clinging to their exalted principles as a weakness to exploit. It does not help that most blacks have the time preference of a small child in a candy store, and so cannot even realize that they are playing game theory — or even if they did, change their conduct. Nonetheless, they don’t have to understand they are playing a game to win because the average white is even more clueless.

In contrast, while rich Chinese and high-caste Indians also play competitively against whites in America, they do so rationally. It is mostly because they know that whites as a group are cucked cooperators. If whites began to compete back until all foreigners cooperated, or demanded they cooperate or else be deported (thus ending the game, as no more interaction would be possible), the Chinese and Indians would change their behavior. The Chinese and Indians act anti-white because white people make it laughably lucrative to compete, often to the point of betrayal. If whites changed their conduct to that of a rational player, the Chinese and Indians would most likely soon change their conduct as well. Saira Rao shames white fragility at her dinner parties because it is profitable to do so. The Chinese colonize our real estate because they are invited to through muh free markets. 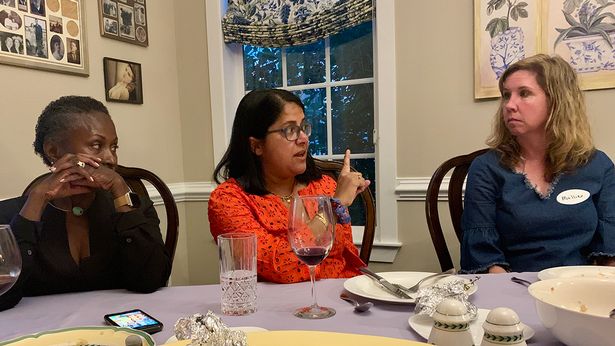 Likewise, many Hispanic peasants surge across the southern border because it is beneficial to do so. If they weren’t coddled by white civilization, they would return home. Ironically, despite poor education, they as a group are the most rational from a game theory perspective, and thus would be the easiest to productively deal with if whites regained racial consciousness. It is rare for virulent anti-white hatred to be found in Hispanics until they are second- or third-generation immigrants who assimilated into the worst of Judeo-American culture.

Most whites cannot change their behavior because of information asymmetry derived from indoctrination and censorship. In racial game theory, Jews have proven to be even more competitive than blacks, but with better time preference and a touch of neurotic erraticism. Jews have been keeping score against other races, especially whites, for millennia. They take it personally every time whites compete back — even if Jewish competition forced them to do so. Whites, in contrast, work in severe information asymmetry. They only hear about all the occasions their race supposedly competed against or betrayed other races, mostly from 1619 onwards. They only hear about how the Jews were nice, cooperative players who were persecuted for absolutely no conceivable reason by everyone else.

Thus, whites will, of course, be the perfect players to play against! They will always cooperate and never compete to make up for their past competition, to gain trust or to assuage their guilt, and especially against Jews and blacks. Thus, maintaining this information asymmetry has always been a priority for the Jews in America. This is well reflected in their overrepresentation in the media and academia, and their zeal for censorship both off- and online.

This information asymmetry has been the Jews’ greatest strength. But it is also their greatest weakness, because it requires them to expend large amounts of energy on maintaining narrative control across all mediums of communication. This includes such trivial things as the comments section for the Santa Inc. trailer. Someone made a bad call in not preemptively disabling the comments section for this rabidly anti-Christmas and anti-white movie, which was produced mainly by Jews. After about three days, the comments were disabled — but not before well over 300,000 viewers saw a comments section in which 95% of the commenters were humorously naming the Jew. 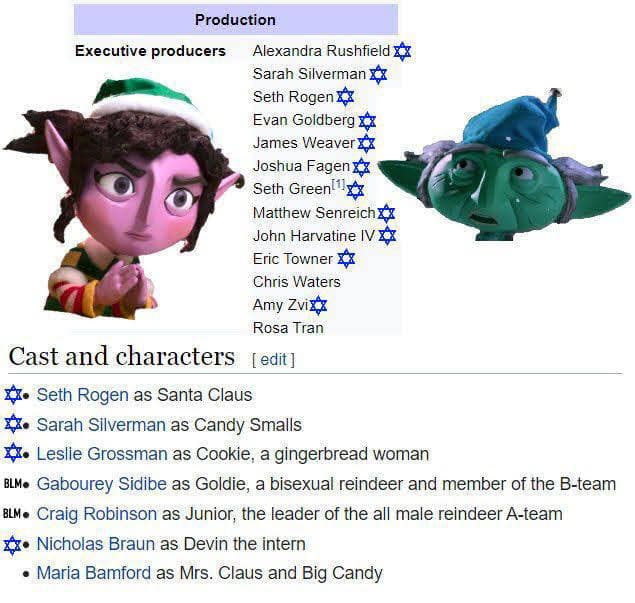 Something must also be said about how game theory applies to the white voter base and RINOs. Here, player decisions are not simultaneous. The decisions alternate back and forth between elections and performance in office. White voters cooperate by voting for approved kosher GOP candidates who talk big on the campaign trail. Then, these same candidates systematically betray their voter base by pandering to everyone except whites, while doing little to nothing to help whites. White voters still allow themselves to be taken advantage of, election cycle after election cycle. At some point, we may need to repay RINO treachery with some treachery of our own by voting for a third-party candidate, or even by not voting at all.

In the short term, we will both lose, and perhaps bigly. However, this may be what it takes to discipline the GOP so that even if they never love us, they will at least fear and respect us. As of now, there are few incentives for a RINO not to betray his white voter base, while there are many incentives to betray us the moment he takes office. Thus, the pain we would suffer by refusing to cooperate at the ballot box might be worth the long-term benefits of adopting a strategy of deterrence through retaliation. If RINOs insist on being cold, hyper-rational game theory players who will do whatever maximizes their outcomes, then so must we.

Game theory therefore provides a strong argument for white separation — or at least a return to natural, de facto segregation. We cannot live with these people. Blacks and Jews are impossible to play game theory with, while the other races will always be something of a latent fifth column that could start competing against or even betraying the white majority the moment it becomes economically more rational to do so than cooperate.

Thus, Dr. Greg Johnson’s idea of a no-fault racial divorce appears like the best solution to the problems presented by racial game theory. If you are playing a board game in which nobody else displays sportsmanlike conduct, it makes sense to walk away. If whites want to cooperate with other races in America, that is perfectly fine. However, it needs to be done voluntarily and on terms acceptable to both parties, and only if it makes sense for us to play. It should not be accomplished through Jewish coercion, and certainly not through desegregation at the point of a bayonet. Until we can meet on terms of mutual respect, avoidance is the only rational option for us. 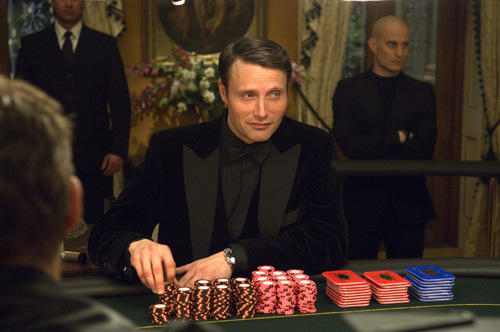 « The Serial-Killer Story that the Media Smothered with a Pillow

» The Mark of Caine: Get Carter