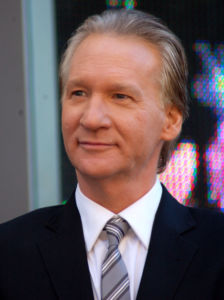 Rush Limbaugh died earlier this year. Limbaugh had his sins, and I would not like to have been in Rush’s sandals when St. Peter asked him why he did not support Pat Buchanan in 1996. At the pinnacle of Rush’s zeitgeist, when he was the most listened-to man on the American Right, he might have been able to put Buchanan over the top in the primaries.

Despite that, I think Rush is one of the most significant cultural, if not political, figures of the last 50 years. He revolutionized the way people talk about politics. In the same way that I will never understand what it was like to hear the Sex Pistols for the first time in 1976 (which by all accounts was a life-changing experience for many), Limbaugh’s style has been ripped off so many times by so many people, it’s hard to convey to anyone who wasn’t around just how revolutionary Rush was when he first emerged on the national stage. No one had ever seen anyone like him on radio before. He was a sort of a thinking man’s Archie Bunker: a smart guy who did not talk like an intellectual. Some of his arguments that seem cringeworthy nowadays were quite innovative in the early 1990s. If nothing else, he was original.

Rupert Murdoch initially wanted FOX News to be The Rush Limbaugh Channel and base everything around him, but Limbaugh declined because he didn’t like doing television. So instead, FOX News just filled up its roster with a bunch of Rush Limbaugh clones. Glenn Beck, Bill O’Reilly, and Sean Hannity all just took what Limbaugh was doing and put their own spin on it. Eventually, Con Inc. learned how to mass-produce Rush Limbaughs — and Rush himself was thrown under that bus.

Rush pioneered the modern phenomenon of “politics as entertainment,” and once he became a national figure and had a regular audience of millions tuning in to hear him talk about politics in an entertaining way, there was a mad dash in the entertainment industry to find comedians who could talk about politics. Pretty soon there was Dennis Miller Live on HBO, Politically Correct with Bill Maher on Comedy Central, and The Daily Show with Craig Kilborn, before Jon Stewart took over. They all started out by cashing in on the ‘90s Limbaugh craze.

But Rush greatly affected the Left as well. After it was clear how big he had become, there was a sense of urgency among Democrats to get their own Rush Limbaugh. There was the Air America network, which was the Left’s attempt at Limbaugh-style talk radio which, despite having some big-name stars such as Janeane Garofalo and Al Franken, failed to catch fire, but it did produce Rachel Maddow, as well as a few future e-celebs like Marc Maron and The Young Turks.

It wasn’t until Jon Stewart rise to prominence in the 2000s that the Left finally got their own answer to Rush — someone of roughly equivalent clout and iconic status. Unfortunately for the Left, by that time conservatives had about four Rush Limbaughs. So then the Left just learned how to mass produce Jon Stewarts: They gave us Stephen Colbert, John Oliver, Trever Noah, Samantha Bee . . . all of whom got their start on Stewart’s show and are just doing variations of him.

As a result, our culture war is also a clone war. Modern political discourse is largely a bunch of Rush Limbaugh clones fighting a bunch of Jon Stewart clones in space.

Some liberals will dispute my narrative, saying that people like Don Imus and Howard Stern were already doing similar things before Rush, or that there had been funny shows about politics before him. While this is true, Limbaugh is the one who struck the match that started the fire by showing how profitable talking about politics in an entertaining way could be.

If you look at the first wave of attempts at finding a liberal Limbaugh, where are they now? Dennis Miller became a neocon after 9/11, and seems to have quit even that scene since Trump’s election. Craig Kilborn, a former ESPN sportscaster, was never that political, and has basically disappeared in recent years. Jon Stewart retired in 2015. Of that first wave who appeared in the ‘90s, only Bill Maher still has any degree of relevance. He is the last survivor of that initial Rush boom.

I have long maintained that of all the liberal late night talk show comedians that Bill Maher is by far the least terrible. Don’t get me wrong: He’s terrible, and a shitlib through and through, but his one saving grace is that he rose to prominence before Jon Stewart, and thus he is not merely another product of the Stewart cookie-cutter. Every once in a while, Maher will show flashes of independent thought. Once in a blue moon, whenever the stars align just so, Maher will even go off-script and call out the Left’s excesses.

Maher is the only one of the liberal talk show bunch who will ever say anything even remotely dangerous — maybe not 4chan dangerous, but dangerous by the standards of polite society. He may not do it very often, but when he does, Maher can cause a meltdown on liberal Twitter — which is more than we can say about all other late-night comedians combined.

Maher has been an unwavering Islamophobe and accused the average Muslim of being more sympathetic to terrorism than they were willing to admit. After the Charlie Hebdo attack, Maher said:

And while Maher himself is a shitlib, he will have Right-wingers on his show — occasionally even halfway decent ones. I couldn’t imagine Stephen Colbert or Trevor Noah booking Milo Yiannopolous, but Bill Maher did at the height of Milo-mania, which took some balls to do.

More recently, Maher has been emerging as the spokesman for the “unwoke Left.” Last weekend in a seven-minute segment, Bill Maher went out and did something that not even Republican politicians would do: He accused the Democrats of being anti-white and said that it would lead to electoral defeat unless they fix their messaging.

Maher asked a sensible question: “Why is the party that supports so many issues that benefit the middle class still considered out of touch by 62% of Americans?” He brought up as an example tweets and headlines which appeared in the wake of Youngkin’s victory in the Virginia governor’s race: “Youngkin’s Win Proves White Ignorance is a Powerful Weapon,” “Racism still works in America,” and “It’s not the messaging, folks. The country simply loves white supremacy.”

Maher then quipped that while he hasn’t thought of the perfect campaign slogan, “I’ll tell you what I have ruled out is, ‘Vote Democrat because white people suck.’”

It’s like trying to get laid by saying, “You’re ugly; you want to dance?” You’re alienating a whole lot of people, particularly whites without a college degree, which is most of them in a country that’s still 70% white.

More like 59%, but his point still stands. The Democrats are needlessly alienating the people Bill thinks they need to win over.

Yes, I know every fiber of your being tells you the people you really want to reach are Guatemalan teenagers and bloggers in Gaza, but they can’t vote. To a lot of folks in America, you come across as the Cares-About-Everybody-But-Me party, but it doesn’t have to be that way. You can find ways to stand up for these folks without being David Duke.

If a staffer hands you a speech that says “menstruating people” instead of women, don’t say that. Say women. Don’t put anyone fresh out of college in charge of the campaign. They’ve been given participation trophies their whole life, they don’t know how to win.

Maher also picked up on the fact that Lefties dropped the term “woke” like a hot potato once normies found out what it actually means:

James Carville knew how to win and he blamed the Democratic losses this November 2nd on “stupid wokeness,” to which AOC fired back that wokeness “is a term almost exclusively used by older people these days, so that should tell you all you need to know.” What? This is a term folks like you brought out very recently and have been proudly displaying it in every march since. Just last year, The Guardian declared “woke” the word of our era. I guess they didn’t get the memo from the Mean Girls Club. We don’t use that emoji anymore.

A more pertinent question to ask about the word “woke” is why in such a short time has it gone from a rallying cry to a pejorative? If the word only made you think of rational, deserved causes like teaching a less whitewashed version of American history, AOC would still want to own it. But it’s a joke because it makes you think of people who wake up offended and take orders from Twitter and their oversensitivity has grown tiresome.

I am not saying Bill Maher is based. His opposition to wokeness is only in the sense that it is a bad strategy for achieving liberal aims. He thinks wokeness gives liberalism a bad name:

But okay, fine, what word would you like us to use for the plainly insane excesses of the Left that are not liberalism but something completely different? Because you can’t have that word liberal from us and think it should cover things like canceling Lincoln and teaching third graders they are oppressors. That’s all your new thing.

I knew it was only a matter of time before some of the saner whites on the Left might catch a glimpse of the iceberg and say something. Now, those saner, anti-woke white liberals have a prominent spokesman. It is probably too little, too late for them to do anything about it, however. Even if they could reign in the media, what about academia and the HR departments?

A better way of putting it might be to say that these white liberal Leftists have reached the “bargaining” phase of watching their country die and are pleading with ZOG: “I’m fine with white, genocide but do you have to be so mean about it?”

« Counter-Currents Radio Podcast No. 393 The Writers’ Bloc with Nick Jeelvy & The Z Man on Rittenhouse & More