The Revolution will Not Be Televised, but It Will Be Retarded 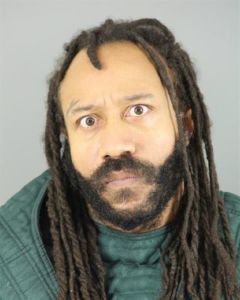 I can name at least six people who won’t be eating Thanksgiving dinner in Waukesha, Wisconsin today:

They were killed last Sunday afternoon in the Milwaukee suburb of Waukesha, Wisconsin during the town’s annual Christmas parade, whose theme this year was “Comfort and Joy.”

There may be more fatalities by the time this article is published, because the . . . uh . . . the incident . . . the accident . . . the crash . . . the rampage . . . the purposeful anti-white vehicular massacre and overdue revolutionary declaration of a global race war . . . also injured 62 others, many of whom are still languishing in intensive care.

All of those who died are white. There may be non-white victims among those who were injured, but I am unaware of any yet. Waukesha is 78.27% non-Hispanic white and only 3.4% black. However, the police chief is black, as is the Milwaukee man who stands accused of plowing through all those white parade marchers.

The attack happened less than 48 hours after the acquittal of Kyle Rittenhouse in Kenosha, which is a mere 55 miles away from Waukesha. Although the people that Rittenhouse killed were not black and Rittenhouse has subsequently claimed to be a supporter of Black Lives Matter and would probably poop his pants if he heard a nigger joke, the blind, retarded narrative-pushers insisted on making his entire case about white supremacy and how it’s hard out there in Wisconsin for felonious black pedophiles.

Wisconsin is so frickin’ ridiculously Middle American that even the black police chief has a Fargo accent that upon first listen is disarming and seems almost impossible. But less than 12 hours after all those Cheese State crackers were mowed down in the blindingly wholesome streets of Waukesha, the chief made a point of stressing that there was no evidence that what happened was a terrorist attack.

About the whole “terrorism” thing — I think it’s as useless and subjective an allegation as “hate crime” is. It’s already illegal to bomb buildings or murder people, so infusing legally-defined crimes with a hyperemotional and socially volatile narrative that can’t ever be conclusively proved because even if the perpetrator came right out and said he was motivated by hate or the desire to terrorize people, he could be lying. None of us — and I’m talking to you specifically — can read minds, no matter how much we pretend we can and no matter how much the logical fallacy known as “appeal to motive” constitutes the overwhelming majority of what passes for political discourse these days.

More importantly, though, labeling some violent acts as “terrorism” and “hate crimes” makes them more likely to be aggressively prosecuted in shameless show trials and used symbolically to whip up the emotions of an easily manipulated public who wouldn’t recognize a double standard if they were run over in the street by a maroon-colored Ford Escape with it.

And since both the victims and the alleged perpetrator in the Waukesha Christmas Parade Massacre were highly inconvenient to the idea of how “hate crimes” are currently defined, the pathologically lying mandarins of the Fourth Estate are already shoving the whole bloody agonizing mess down the memory hole. When Heather Heyer died after James Fields rammed his car into a crowd of Antifa rioters who were illegally clogging a street in downtown Charlottesville four years ago, the story dominated the news cycle for months and still captures headlines; when at least a half-dozen people died in Waukesha this past Sunday amidst a legal annual parade, the story slipped from the front pages almost immediately.

Every time I checked Twitter during the first couple days after the massacre, the site carefully kept the story out of its “What’s Happening” section. When Twitter finally included the fact that the suspect had been charged with homicide in its “What’s Happening” section, it referred to the incident as a “crash” and for some reason found the need to attach the phrase “Unite the Right” — the aborted rally which happened in 2017 and where one person died rather than six — to the story.

Clearly, all lives don’t matter equally. Only a racist would think they did.

In its caption on a Ring video where the suspect, after fleeing his vehicle, beseeched a white homeowner to call an Uber for him, NBC News referred to the mass murder as an “accident.” CBS News claimed that an “SUV rammed into bystanders.” They need to get rid of all these murderous self-driving cars immediately.

Even after evidence came out that an eight-year-old white boy had died of his injuries and that the driver had purposely plowed into a crowd, CNN referred to it as a mere “incident.” The dead guy in the Ahmaud Arbery case was black and the guy who shot him was white, and CNN made it all about race; the scruffy fella charged with deliberately running over dozens of white people in Waukesha is black, but CNN didn’t mention race at all.

Coming, as the attack did, less than 48 hours after and an hour’s drive away from the Rittenhouse verdict, many openly suggested that it was payback — or even “karma” — for the white lad’s acquittal. BLM activist Vaun Mayes suggested that Waukesha’s bloody Sunday may be the spark that lights the “revolution,” by which he appears to mean “race war”:

I can tell you that the initial person who reached out to me said that they believe that this has to do with the [Rittenhouse] verdict, and so I made an assumption of which side it would be from, but I don’t know. . . . But it sounds possible that the revolution has started in Wisconsin. It started with this Christmas parade.

The accused, 39-year-old Darrell Brooks, is — of course — an “aspiring rapper” who went by the handle “MathBoi Fly” and in 2020 posted that he approved of Colin Kaepernick’s suggestion that it may be time for a “revolution” in the wake of the world’s tragic loss of that undeniable asset to humanity named George Floyd.

If, say, there existed such a thing as Klansmen who were screenwriters, they couldn’t have written a more stereotypically dumb-ass negroidal thug than Darrell Brooks. We’re dealing with a real brainiac here. In a rap ditty of his called “Minnesota,” he spat the following line: “We ain’t doin’ no more marchin, it’s time to get retarded.”

As far as I can discern, “get retarded” is lower-class black patois that means “start the revolution.”

Brooks has been arrested a lot. I mean, a lot. At the time of Sunday’s massacre, he was out on $1,000 bail for — wait for it — allegedly running over his baby mama with his SUV in a gas station on November 5 after punching her with a closed fist. Police say they “observed tire tracks on her left pants leg.”

At the time he was bailed out, he was already out on $500 bail for an incident last summer where he allegedly shot someone — this, despite him being a convicted felon who isn’t permitted to be around firearms. During those two easy-money bailouts, there had already been a standing warrant for Brooks in Nevada for allegedly neglecting to inform authorities that he’d moved out of the state. You see, he’s a convicted sex offender in Nevada, but in his defense, he says, “I didn’t know the bitch was 16.” (According to numerous reports, the bitch was 15, but let’s not quibble.)

Apart from his kiddie-pimping conviction in Nevada, he has allegedly been arrested in Wisconsin at least 15 times since 1997. The cherry on top of all that is a battery charge in Georgia from May of this year. And still he was free to lurk the streets in his SUV.

You could scour the entire social-media history of Kyle Rittenhouse, Derek Chauvin, George Zimmerman, Darren Wilson, and most of the other high-profile reputed White Supremacist Murdering Hatemongers of the last generation, and all of them combined would not even enter the same Galaxy of Hate to be found in the rhetorical trail of anti-white slime that the little five-foot-seven, 126-pound dreadlocked mulatto named Darrell Brooks left behind him. As far as openly articulated racial hatred goes, I don’t even think Dylann Roof comes close.

This, from the man who likely shut the lights on at least five “old white ppl” and counting.

In 2016, he ominously reposted something said by a St. Paul, Minnesota police officer about how to treat protesters who block traffic: “Run them over. Keep traffic flowing and don’t slow down for any of these idiots who try and block the street.”

On July 4, 2020, he posted a video of a white man beaten down bloody in the street during the ongoing George Floyd riots.

He posted a meme of MLK smiling in the sky as white slaves work the fields and a black master whips them. Another meme suggested that non-whites share a common enemy in whites. He shared some confused and brain-dead Black Israelite-style doggerel about Hitler realizing that the real Jews were black. He posted a picture of the venomously anti-white black militia Not Fucking Around Coalition and added a “target” emoji.

Even though Waukesha’s token black Chief of Police ruled out terrorism from the get-go, the lyrics to Brooks’ rap tune “Loudmouths” include “yeh we terrorists” and “killers in the city.” Another song featured the charming couplet, “They gonna need a cleaner for the shit we did, all my killers Gacy where them bodies hid.” Yet another of his tunes is titled “Gon Kil U.” In one of his rap videos, Brooks gesticulates before the maroon SUV that would roll over the parade marchers.

Despite desperate attempts to downplay the event as an “accident,” the official criminal complaint against Brooks says he deliberately drove through parade barriers and had not been involved in a police chase. It quotes a policeman who says he pounded on Brooks’ hood after Brooks entered the parade route and commanded him to stop, but the aspiring rapper and retarded revolutionary ignored him and kept on going. A detective quotes a witness who says, “As I continued to watch the SUV, it continued to drive in a zig zag motion. It was like the SUV was trying to avoid vehicles, not people. There was no attempt made by the vehicle to stop, much less slow down.”

“All of a sudden,” one witness said, “there wasn’t any music.” The city’s mayor said the parade was a “Norman Rockwell-type” event that “became a nightmare.”