Fucking Up & Finding Out 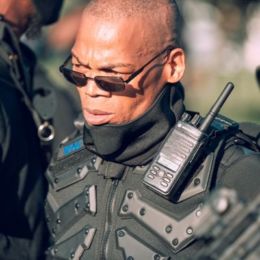 According to Wikipedia, “The Not Fucking Around Coalition (NFAC) is a black nationalist militia group in the United States . . . [that] advocates for black liberation and separatism.”

But a mere two years after it was founded, the Not Fucking Around Coalition has fucked up so many times, they appear to be finding out the hard way that maybe they should have given some more careful thought about parading around in public with rifles and threatening to kill people. Rather than liberating black Americans from the United States and forming an all-black ethnostate, their leader may wind up in federal prison.

John Fitzgerald Johnson — better known to his bungling, rifle-toting acolytes as Grand Master Jay — fucked up many times in his life before his latest failed effort. He has claimed that he was a prominent hip-hop DJ and producer, but legitimately successful hip-hop DJs such as Grandmaster Flash and Jazzy Jeff have accused him of plagiarism and of lying about the extent of his musical exploits.

According to a complaint filed against Grand Master Jay by federal prosecutors last September, he has been dishonorably discharged from the US Army twice.

In 1995, he allegedly punched a woman in the face and menaced a man with a 20-gauge shotgun, but the charges were dropped for lack of evidence. In 2003, he was arrested for using a rifle to threaten his wife and a man with whom he suspected her of having an affair. He pled the charges down to trespassing and was released after paying a small fine.

With such an impressive resume, he ran for President in 2016 and was able to get his name on the ballot in 47 states. Despite the slogan “Only We Can Fix Us,” his campaign website couldn’t even fix the following typos, all of which are presented unaltered: “socialogical, righful, faciltate, deisire, strenghten, throught, citzens, emptions, discrimatory.”

Ladies and Gents, we have clearly found the Black Moses.

After a brief stint marching and chanting along with the Black Lives Matter crew, Grand Master Jay said that the Charlottesville debacle of August 2017 made him realize that the United States was kaput and that marching and chanting were for suckers. He decided that it was time for black Americans to arm themselves en masse, let white America know that they weren’t fucking around anymore, and lead his captive children out of the desert into the land of milk and honey — maybe Texas. Or possibly Wyoming. Then he realized he was the only black person in the world who wanted to move to Wyoming.

He says his plan for a black ethnostate within America is “very simple,” and “simple” is the right word:

The solution is very simple. We follow the declaration of liberation, declaring every African American descendent of slavery a political prisoner here in the United States who were [sic] affected by the Portuguese slave trade and then after that the United States has a choice either carve us a piece of land out here, we will take Texas, and let us do our own thing or don’t stop us when we exit this body here and go somewhere where they will give us our own land to build our own nation.

He even has a name for his proposed negroidal ethnostate: United Black Kemetic Nation. He says that Kemet “is the original name of Egypt, which means ‘land of the blacks.’” (Apparently it meant “Black Land” and referred to the soil, but I’m not one to quibble with surly black hucksters bearing assault rifles.)

Insisting that blacks inevitably need to separate from America, he compares them to “the guy who sleeps on your couch that doesn’t go home until you have to throw the couch out with him,” and I can’t find a single thing to argue with about that.

If you attack us, we will kill you.

If they point their weapons at you, don’t shoot them, don’t wound them. Kill them.

The only way to stop police violence is to identify and locate the homes of police, burn the houses to the ground, kill the officer, their family members, and associates.

He also once allegedly boasted that his crack team of snipers — or maybe it was a team of sniping crackheads? — was able to split a white militiaman’s head in two from a thousand yards away.

The Not Fucking Around Coalition first reared its nappy head in May 2019 at a KKK rally in Dayton, Ohio. Grand Master Jay said he wanted to avert a “repeat of what happened in Greensboro,” referring to the slaying of five anti-racist protesters in Greensboro, North Carolina 40 years prior. Apparently the NFAC didn’t make much of a splash at that shindig. They next cropped up a year later in Brunswick, Georgia to protest the shooting of Ahmaud Arbery, who is still widely misidentified as an innocent black jogger.

The NFAC gained national attention on July 4, 2020 when a large phalanx of its members marched through Stone Mountain Park in Georgia, all clad in black, all of them wielding guns and spitting slogans such as “Black Power!” and “Black Love!” One passerby called 911 to report that an NFAC member pointed a gun at another citizen.

According to Grand Master Jay, the NFAC had shown up in response to an unverified and possibly fraudulent KKK threat to start shooting black people at 8 PM that night. A video shows someone, possibly the Grand Master himself, kneeling and barking:

Look at what the fuck you did. You made blacks come out. I don’t see no white militia. So to the boogie boys, the three percenters, and all the rest of you scared-ass rednecks, we here. Where the fuck you at? We’re in your house. Let’s go. NFAC, motherfucker!

Later that month, the NFAC gathered in Louisville, Kentucky, ostensibly to protest the police killing of Breonna Taylor­ — whose boyfriend fired his gun first during that incident, which is the tidbit that the press and the protesters always seem to glide over – and a female NFAC member accidentally discharged a shotgun and injured three NFAC members.

In October 2020, as the NFAC assembled once more to protest the police shooting of a black man named Trayford Pellerin, someone else negligently discharged his firearm.

In June 2021, 29-year-old Othal Toreyane Resheen “Ozone” Wallace allegedly fired a bullet into the head of white Daytona Beach police officer Jason Raynor, who later died of his injuries. Investigators confirmed that Wallace had been an NFAC member and claim they found him three days after the shooting hiding in a treehouse on “alleged NFAC-affiliated property in Dekalb County, Georgia.” NFAC issued a retort claiming that although Wallace had once been a member, they had discharged him months before the shooting and that “NFAC owns no property.”

But what may prove to be the biggest bungle of all for the Gang That Couldn’t Ethnostate revolves around an incident one night last September in Louisville. The FBI says that the man born John Fitzgerald Johnson pointed his rifle, mounted flashlight a-blarin’, up at a group of “federally deputized task force officers” who were standing on a rooftop. He has been charged with “assaulting, resisting, or impeding” officers while brandishing a firearm, and faces up to 20 years in prison.

He fucked up – repeatedly — and now he’s finding out.

» The Groyper Civil War:
Lessons from the End of an Era