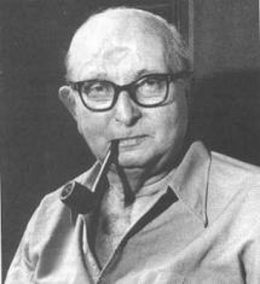 Today is the birthday of Maurice Bardèche (1907–1998), the French Neo-Fascist writer. Bardèche was a prolific and highly versatile author of literary, film, art criticism, history, journalism, and social and political theory. He published twenty-odd books and countless essays, articles, and reviews.