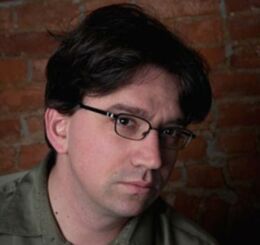 Last Wednesday, Curtis Yarvin, aka Mencius Moldbug, the father of the Neoreaction (NRx) movement, did a 75-minute interview with Tucker Carlson, the most popular cable TV news host in America. To be clear, this interview did not occur on Tucker’s nightly show but rather his online show, Tucker Carlson Today, which appears behind FOX’s paywall. You can watch it here.

While I am well aware of Yarvin’s ideological shortcomings, I still consider this to be a historic event for the Dissident Right — but not everyone agrees with me. As expected, there has been a lot of complaining about this on both the Left and Right.

On the Right, there was a lot of grumbling as well. Some have said that the mere fact that FOX is letting Yarvin on at all is proof that he is not dangerous. Some were claiming Yarvin was being promoted by the conservative establishment to serve as a gatekeeper. QAnon is fizzling out, and the “Intellectual Dark Web” wasn’t cutting it anymore, so the establishment had to offer up another distraction — something a little spicier to keep the proles from going White Nationalist, or so the argument goes. Yarvin is being called up to be the new gatekeeper, in this view.

Personally, I think the concept of “gatekeepers” is way overblown.

I am a believer in the “rabbit hole effect.” Basically, there is normie crap and then there is the rabbit hole. There are all kinds of branches, detours, and dead ends inside the rabbit hole, but once inside, people will eventually find their way to the bottom. Some may take longer than others, but they all get there. At the very least, they will hear all the arguments. The hard part is getting people to enter the rabbit hole in the first place.

Despite all his flaws — of which there are many — I still consider Moldbug to be in the rabbit hole. Anyone who starts following Moldbug is a hundred times likelier to encounter White Nationalist content than someone who just follows Sean Hannity or Dinesh D’Souza. If someone listens to a Yarvin interview or podcast, there will most likely be White Nationalists in the comments section making counter-arguments. Yarvin did a podcast with Aimee Terese, and she frequently retweets White Nationalists. Hell, last year Yavin even appeared on an explicitly White Nationalist TRS podcast. This is the “rabbit hole effect.”

Just by the nature of the online political sphere, I think it’s difficult for anyone who is even a millimeter inside the rabbit hole to gatekeep. Take a guy like Gavin McInnes. McInnes was actively trying to gatekeep, and yet he couldn’t stop the Proud Boys from defecting to the Alt Right. Antifa infiltrate all kinds of Alt Lite chatrooms and find people talking about the JQ and making edgy racist jokes. As Andrew Anglin said, “Once people start thinking outside the box, they start going in all kinds of directions.”

Take someone like Laura Loomer. She was a Jewish Zionist neocon. Sure, she said some inflammatory things about Muslims, but so do a lot of other Jewish Zionist neocons. You would think she would be the perfect example of a gatekeeper. But you know what? She was friends with Nick Fuentes and RamZPaul. And RamZPaul is friends with Matt Parrot, and Matt Parrot is friends with Mike Enoch. So even as cringe as Laura Loomer was, from her Twitter page, you were about four or five clicks away from GTKRWN. So yes, Big Tech was smart to ban Laura Loomer to prevent any potential rabbit-hole effect.

This is why I am pleased to see Curtis Yarvin and Tucker Carlson team up. Whether it was their intention or not, sending some of the FOX audience Yarvin’s way will result in some of those people ending up being exposed to White Nationalism.

As for the interview itself, it wasn’t bad. It was Yarvin being Yarvin. He dropped some important red pills.

First of all, he dropped the big red pill that our democracy is an illusion. The term “Deep State” has been floating around the mainstream for a few years now, but I don’t think normies really understand the full implications of what it means. People have a vague idea that there are invisible forces behind the scenes fighting against the democratic will of the people, but are ignorant of the horrifying truth of just how powerful those forces are. They don’t know the extent to which our elected officials are little more than actors and marionets.

The “democracy is an illusion” pill is a big bombshell on its own, but Yarvin went a step further and explained that democracy would not be desirable even if it did function as it was supposed to. This is where Yarvin shines and where his greatest value lies. He is one of the best people around when it comes to critiquing democracy as a system.

Most people spend their entire lives taking it for granted that democracy is obviously superior to any other system. To suggest anything else seems absurd. It’s an even more unquestioned assumption than multiculturalism. Normies will sometimes debate the wisdom of flooding our countries with immigrants, but you never hear them debating whether democracy is a good idea. Hearing critiques of democracy for the first time can be really mind-blowing, and can potentially send people down the rabbit hole.

Yarvin also spent some time talking about the decentralization of power. When discussing America’s power structures, he said, “There’s no center to it.” I’ve seen a lot of people on the Dissident Right lose their minds over this. “There is a center! It’s the Jews! The media, the banks, academia! It all goes back to the Jews!”

I think people misunderstand what Yarvin i saying about the decentralization of power. He is correct in the sense that unlike in the past, there is no Versailles or Winter Palace that the peasants can storm to overthrow the system in one swoop. Power is not concentrated in one place, but everywhere.

So in this sense, Yarvin is correct when he talks about power being decentralized. It’s something most normies don’t understand but something they need to. Sure, I would have loved for Yarvin to come out and say, “It’s the Jews!,” and that would have added some much-needed clarity, but he is not totally wrong here.

There are many more Moldbugian ramblings in those 75 minutes, but these are the most valuable concepts he brought to the conversation. Poor Tucker appeared thunderstruck trying to keep up, and even said a couple of times that he wasn’t smart enough to follow everything.

I was happy to see the interview happen, and hopefully a few normies who saw it will begin their journey into the rabbit hole. There are many White Nationalists who started their own journey with Yarvin. In fact, I think more people start with NRx and move on than stay with it.

You might say, “Well, those people started with old Yarvin. New Yarvin is a different animal.” There is some truth to this. One of the concepts that Yarvin 2.0 has been promoting since coming out of retirement is the “clear pill” – the idea that the establishment is not only invincible, but that fighting against the establishment makes it stronger, so you might as well do nothing. Will this make Yarvin less effective as a gateway? Will this cause the people he redpills to just give up? I don’t know. We’ll see.

My guess is that it will not. The problem with Yarvin 2.0 is that he doesn’t offer any hope. Few people can go through life without hope. It takes a special kind of nihilism to think, “The world is going to hell, but there’s nothing you can do about it. Gee, that’s a bummer. Oh, well. What’s on Netflix?” Most people, if they understand our predicament, are going to put up a fight.