The Mission: Hollywood’s Take On Colonization 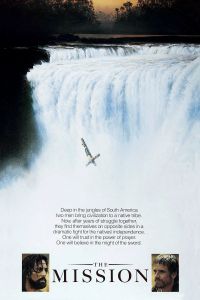 One of the Vatican’s favorite films is 1986’s The Mission. It was one of 15 films selected by the Catholic hierarchy in 1995 for its list of recommended religion films. (Yes, the Pope released a recommended film list in 1995.)

The Mission is an unsurprising inclusion. It features Jesuit heroes challenging evil colonists on behalf of oppressed natives.