Sepulveda vs. Las Casas: A Battle Over Race in the Spanish Empire 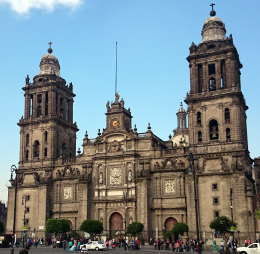 The Spanish Empire stands as one of the great landmarks of white civilization. Thousands of men set forth from Iberia to find and conquer a new world, facing all manner of hardships and misery. Unfortunately, the lands the conquistadors settled are, for the most part, racial hellholes. The natives may have lost the battles, but most Latin Americans look more like them than the Spanish.

Miscegenation was encouraged by the empire, unlike in Anglo-America. But our understanding of race was present in the sixteenth century and, much like today, it was despised by men of the cloth. Though many of the conquistadors made bastards with the Indians, they still saw them as a different people — and the criollos didn’t want them as full members of their society. The clergy strongly opposed that view. The priests saw the Indians as no different from Europeans and urged their full incorporation into colonial society. This impasse inspired the most famous dispute in Imperial Spain’s long history: the Valladolid debate. It pitted the Dominican theologian Bartolome de Las Casas against the philosopher Juan Gines de Sepulveda. Las Casas argued for the clergy, Sepulveda for the colonial hidalgos. The Valladolid controversy was another battle in the eternal battle between the warrior caste and the priestly caste. There’s a good reason Right-wing writers such as Julius Evola and others don’t admire the latter.

Indians served as the impetus of the debate. For many years, the clergy and New World settlers argued over the status of Indians. The settlers saw them as inherently different from themselves and unworthy of the Christian faith. The historian Gonzalo Fernández de Oviedo, speaking for the hidalgos, found the Indians lacked the intellect and manners of Europeans. Oviedo, who lived in the colonies, noted the natives were implacably hostile to the Spanish and teaching them European ways would only encourage rebellion. The many Indian ambushes and revolts in the colonies testified to the settlers’ hesitation. The criollos complained incessantly to the Crown about the teachings of Mayan-friendly priests and how it would lead to blood. Devout Catholicism was a common trait among the conquistadors and they were just as committed to the conversion of the Indians. Yet, life among the natives convinced the settlers the locals could never be Europeans.

The clergy did not see them as a different people. Through their eyes, the natives were no different from the Europeans. Many clerics, including Las Casas, would argue the Indians were in some ways superior to the Spaniards. Like modern liberals, they would gawk at the exoticism of hostile outsiders and see a nobler people. Many priests took the Indians’ side against the settlers, even in times of violence, and were a constant thorn in criollo social order. The clergy, against the wishes of Spaniards, ordained native priests. The Spaniards were repulsed by the idea of taking communion from Mexica and Mayans; the clergy were enthralled by it. The priests also changed Christian practices and rituals to accommodate native traditions and culture. The only time the clergy could be moved to fury against the Indians was if they suspected they backslid into paganism. The British historian Hugh Thomas records in World Without End how the Franciscans initiated a brutal wave of torture and executions against Yucatan Mayans over the suspicion they still worshipped idols. The settlers protested against this for needlessly disrupting life in the colony. The natives only deserved respect if they fully committed to the new faith.

The central question of the Valladolid debate was whether it was just to wage war against the Indians. Sepulveda answered in the affirmative, for four reasons. One, the Indians’ many grave sins with their past worship warranted conquest; two, their nature made them inferior to the Spanish; three, conquest was needed to spread the faith; four, conquest protected the weak natives from cannibalism and sacrifice.

Sepulveda’s argument assumed the Indians were a different race from the Spaniards. He praised his countrymen for their “prudence, genius, magnanimity, temperance, humanity, and religions.” Natives, according to Sepulveda, lacked all these traits. They possessed no science, no letters, written laws, or even private property. All they had were barbaric institutions and practices.

“In prudence, virtue, and humanity, the Indians are as inferior to the Spaniards as children are to adults, women to men, as the wild and cruel to the most meek, as the prodigiously intemperate to the continent and temperate, and, as I nearly said, as monkeys to men,” he argued.

Sepulveda also refuted claims that the Indians lived in peace and harmony before the evil Europeans came, an argument even more popular in our age. “They were making war continuously and ferociously against each other with such rage that they considered their victory worthless if they did not satisfy their monstrous hunger with the flesh of their enemies,” he added. He also dismissed native achievements, saying that both birds and spiders “make things which no human industry can imitate completely.”

The philosopher recognized the fundamental differences between people and argued for a particularist conception of the world. He represented the Right in the debate.

Las Casas represented the Left. The Dominican friar argued that the natives, like all humans on Earth, were the same as Europeans. “All the peoples of the world are men. . . all have understanding and will, all have five exterior senses, and four interior ones. All take satisfaction in goodness and feel pleasure with happy and delicious things, all regret and abhor evil,” he said. This view predominates in our day and age. We’re constantly harangued that all people are the same and there are no inherent differences within us. Neocons made much use of this to argue for the Iraq war, claiming all Arabs are capable of being good Americans. Las Casas argued the natives could easily be good, Christian Spaniards.

Las Cases exalted the Indians’ intelligence and goodness. He argued the violent savages were actually “meek and moderate.” He even claimed they were “governed by laws which at very many points surpass ours.” It’s easy to discern the similarities to how modern liberals defend black criminals as “gentle giants” and gush over the alleged superiority of non-whites.

The most befuddling argument for a devout Christian was Las Casas apologizing for the Aztecs’ human sacrifice on a mass scale. To the priest, this just showed how serious they were in their religious devotion.

There was no solid ruling in the debate, but the settlers were allowed to carry on as they were before. Officials recognized that the airy worldview of Las Casas would lead to more chaos and disorder. Native revolts continue as a problem today, and racial cleavages define Latin American society. The society Las Casas envisaged never emerged — the natives were too different from the settlers.

The Valladolid debate anticipates our contemporary racial discourse. Unfortunately, they no longer allow Sepulvedas in the presence of those in power; only those like Las Casas get a platform.

This essay primarily relies on Hugh Thomas’ The Golden Empire as a source.

« The Masculine Sport of Last Stands