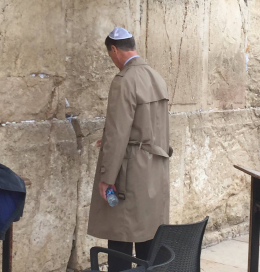 Did you ever have a nightmare where, in the midst of enduring untold agonies, you were somehow able to realize it was a dream and thus rouse yourself from sleep?

That’s not the problem these days. These days, we all wake up into a nightmare.

They warn us to be careful what we wish for, but I can’t stop wishing I was paranoid, because paranoia would be preferable to every other option.

This whole “pandemic” thing — it’s not really happening, is it?

This whole violent and volatile “racial justice” steamroller that’s been flattening cities and reason and anything that dares to stand in its path — please tell me I’m dreaming.

The bitterest lesson I’ve ever had to learn is that there’s never any benefit to being right about things. Imagine a world so awful that you’d prefer to be paranoid instead of correct.

For the longest time, I’ve sincerely wished that I was hallucinating this systematic demonization of white people, white culture, and white lives.

But this year — as if this year wasn’t plenty bad already — they are writing anti-whiteness into the rulebooks and into law. The first punch to the jaw came earlier in the year when the Associated Press formally capitalized the word “Black” but kept the word “white” lowercase because, as they’ve been telling us for years, “white” is not a real identity unless you’re being targeted for extortion based on some mangled narrative of collective historical guilt.

I’d hoped I was wrong about the “Day of the Pillow,” but apparently not. When it comes to this new COVID-19 vaccine, old white people need to get to the back of the emergency room.

Although each US state gets to decide exactly how they’re going to roll out vaccine distribution, a robust half of them have promised to do it in a way that involves racial diversity and inclusion and social justice and karmic retribution and white genocide, but not necessarily in that order.

I’d hate Dr. Harald Schmidt simply for the way he spells his first name, but he made it all worse by recently suggesting to the New York Times that old white people have had their day in the sun, and it’s time to allow younger persons of color to elbow them out of the way to get the COVID-19 needle jab first as a baby step on the yellow brick road toward a centuries-long utopian plan of cold-blooded anti-white racial sadism:

“Older populations are whiter. Society is structured in a way that enables them to live longer. Instead of giving additional health benefits to those who already had more of them, we can start to level the playing field a bit.”

The moment they start mentioning death in the context of leveling the playing field is the moment you start worrying.

The Times also quoted an epidemiologist — some fella who goes by the name of Marc Lipsitch — who attempted to argue, at least in part, that teachers may not be considered “essential workers” and therefore deserving of an early vaccination because they are “very often white”:

“Teachers have middle-class salaries, are very often white, and they have college degrees. Of course they should be treated better, but they are not among the most mistreated of workers.”

What often goes unmentioned about the entire “We should jab the coons first” controversy is that it’s based on stats that claim nonwhites are dying from COVID-19 at much higher rates than nonwhites. That’s either nice or appalling depending on how you feel about nonwhites, but Americans over age 85 are 630 times more likely to die from COVID-19 than those aged 18-29.

As Tucker Carlson puts it, “old people in this country are too white to save.”

Way down here in Georgia where I’m typing this, there’s a pivotal election runoff on January 5 because none of the candidates achieved a majority back in November. Both Senate seats, currently occupied by Republicans, are up for grabs. If either Republican wins, the GOP will maintain a slim lead in the Senate. If both Democrats flip the seats, the Senate will be 50-50, leaving Kamala Harris and her fanged vagina as the tiebreaking vote.

No matter how you feel about which way the scales may tip, you can rest assured that ALL of these candidates think Jews are cuddly and lovable and need to have their asses kissed so hard, you can hear the slurping sounds a mile away.

Right out of the gate, Democratic candidate Jon Ossoff wants it to be known that he out-Jews the other competitors simply by dint of being a Jew:

I write humbly to ask for the support of Jewish voters in Georgia. . . . I am descended from Ashkenazi immigrants who fled pogroms at the turn of the 20th century. I was raised among relatives who survived the Shoah. . . . That Jewish upbringing instilled in me a conviction to fight for the marginalized, the persecuted and the dispossessed. . . . I am running against a virulent and unrepentant anti-Semite, Sen. David Perdue, who lengthened my nose in attack ads and refused to apologize for it despite the demands of the American Jewish Committee. . . . A US senator who uses ancient anti-Semitic imagery to inflame hatred against his Jewish opponent must be crushed by Jewish voters on Election Day. . . . I have family in Jerusalem, and I am committed to Israel’s security as a homeland for the Jewish people.

His virulently anti-Semitic competitor David Perdue insists that unlike Ossoff, he’s the real Jew-lover because he’s personally been to Israel and admired all their shiny weapons:

Since Israel’s founding, the United States has been a steadfast ally and friend of Israel, united by our shared values of freedom and democracy. . . . My first international trip as a US Senator was purposefully to Israel, where I personally met with Prime Minister [Benjamin] Netanyahu to reaffirm that America stood shoulder-to-shoulder with the State of Israel. . . . Over the last four years, the US-Israel relationship has rightfully been restored as a top priority, demonstrated best by our long-overdue recognition of Jerusalem as Israel’s capital and subsequent move of the American embassy. . . . Israel’s enemies will stop at nothing to attack and kill innocent Israelis. In light of Israel’s rising security challenges, I have strongly supported providing Israel the resources it needs to defend itself. . . . I have also been a proud defender of the Jewish community here at home. Since arriving in the Senate, I have made fighting anti-Semitism in all forms and at all levels a top priority.

Kelly Loeffler is a blonde white Republican woman who, like Perdue, has also been to Israel and who, like Ossoff, enjoys referring to her opponent as a Jew-hater:

Over the last year, I have supported our President’s decision to move the US Embassy to Jerusalem, supported the Iranian arms embargo, voted to send more defense dollars to Israel, and vocally condemned anti-Semitism in our country. . . . [My opponent Raphael] Warnock is the most radically liberal candidate anywhere in the country, with a shocking history of supporting anti-Semites and spouting anti-Israel rhetoric. He signed a resolution calling for an end to all US military aid to Israel. He has called the nation of Israel an “oppressive regime” reminiscent of an “apartheid state.” . . . He has openly supported anti-Israel pastor Jeremiah Wright, and even welcomed the support of CAIR, an anti-Israel hate group. . . . Inflammatory positions like these are exactly why we’ve seen an exponential rise in anti-Semitic attacks across this nation over the last few years — and I won’t stand for it.

Finally, her opponent, the Reverend Raphael Warnock, says that it’s not true that he hates Jews and that he, in fact, finds them to be quite adorable:

I wholeheartedly and unabashedly echo Dr. [Martin Luther] King’s declaration that “Israel’s right to exist as a state in security is incontestable.” . . . Claims that I believe Israel is an apartheid state are patently false — I do not believe that . . . I understand and recognize Israel’s unique historical importance as the greatest proponent of democracy in the Middle East and America’s most important partner in the region. I understand the many threats that face Israel and as a US Senator I will work to ensure Iran does not obtain a nuclear weapon. . . . Without reservation, you can count on me to stand with the Jewish community and Israel in the US Senate.

This degree of bootlicking — a spit-shine job with four willing tongues — is impressive considering that Georgia is only 1.2% Jewish.

Up in New York State, which tops the country at an almost unconscionable 9% Jewish, the Dago governor just signed a bill banning all “hate symbols” — which as far as I can tell are limited to the swastika and the Confederate battle flag — from public events. Quoth Governor Greaseball:

This country faces a pervasive, growing attitude of intolerance and hate — what I have referred to in the body politic as an American cancer. . . . By limiting the display and sale of the confederate flag, Nazi swastika and other symbols of hatred from being displayed or sold on state property, including the state fairgrounds, this will help safeguard New Yorkers from the fear-installing effects of these abhorrent symbols.

Isn’t this the same hypersensitive meatball who said he was tempted to punch Donald Trump for comparing Uber-douchebag Chris Cuomo to Fredo from the Godfather movies?

How can anyone stay sane in a world without trust?

It’s a world where you can’t even make a Blazing Saddles joke about a new black sheriff — you have to publicly apologize, even in Wyoming.

A world where Helen Keller, despite being deaf and blind, is “just another. . . privileged white person” because at least she never suffered the innate handicap of being black.

A world where a child is infected with HIV every 100 seconds. (Don’t ask me what that child is doing to get infected that often, but it’s clearly something degenerate.)

I realize that this pandemic is being used as a psyop to break everyone mentally, but these lockdowns almost make a guy wish for warm weather to return and everyone to start rioting again.