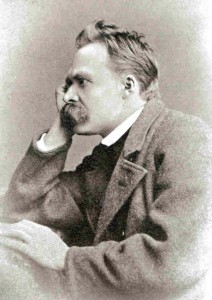 In the latest episode of Guide to Kulchur, Greg Johnson joins Fróði Midjord for a conversation on Nietzsche’s second essay in the Untimely Meditations, On the Uses and Disadvantages of History for Life (1874). Topics include civilizational decline, nihilism, vitalism, Christianity, and Nietzsche’s critique of Hegel’s philosophy of history.

The episode is archived on BitChute (video) and Spreaker (audio only). Guide to Kulchur streams live on YouTube and DLive every Tuesday and most Sundays. Two episodes per month are devoted to First Principles, focusing on books that are central to understanding a Right-wing worldview.

Previous episodes of Guide to Kulchur are archived on BitChute. You can also follow them on Twitter and Telegram for regular updates about upcoming shows and guests.

» The Challenger Disaster: Lessons for the Right