Are You Also Frightened? 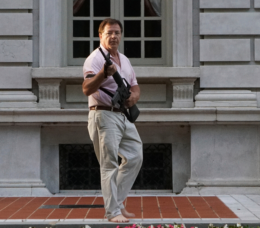 The McCloskeys waving what amount to toys in the hands of the untrained was the single most impotent display of fear and guilt that has graced the screens of the West this month. This incident was laughable in and of itself, but was made even worse by the couple’s spineless cope of a public statement on the matter:

When the birds come home to roost as a consequence of the ruling class’s actions, they can afford to run away. Many have already run away to gated communities and guarded mansions, like the McCloskeys have. Some are considering running away towards relative safety in other parts of the world in the wake of the COVID-19 pandemic. When shit hits the fan, these people run away.