The Language of Winners 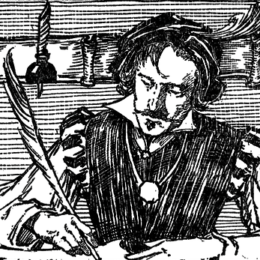 Words matter. Language matters. The lucid, sober expression of ideas through the paired lenses of science and reason matters. Unfortunately, to the detriment of white people in Western countries, there is a Left-wing monopoly on scientific and political language that has ostracized Right-wing dissidents. We occupy no space of any consequence in academia. Our voice has been squelched in the media and we have been ghettoized on the Internet.

This is partly our fault.

Let me rephrase that. It is partially the fault of neo-conservative grifters who have poisoned the well and diluted the tattered remains of Right-wing thought with anti-intellectual froth. Moreover, dissidents have, over the years, given up ground to these phonies instead of rising to the occasion. The behemoth of anti-white liberalism is nourished by our ineptness and fear.

The “rise” of the so-called “Alt-Right” movement in 2015-2016 offered us a glimmer of hope, a challenge to the status quo, largely because a flourishing community of Right-wing thinkers had coalesced on the internet during the Obama presidency. Donald Trump’s campaign gave us focus, a mission. It was a “perfect storm,” a squall that was in part seeded by the adept use of language, often using the Left’s own assumptions against them in order to reshape the narrative.

Still, far too many people in our circles are apathetic to science and mock rational argumentation. Like a brain surgeon attempting an operation with a meat cleaver, their only weapons against the rising tide of color are sarcasm and derision. Much of these tactics stem from an underlying nihilism. They may sometimes win you a hollow victory in an online phallic competition, but they’re strategically self-defeating in the long run.

The long march through the institutions that cultural Marxists have undertaken over the last 70 years is in no small part due to their monopoly on language. For example, consider that single, solitary, powerful word that will cause a Republican politician’s knees to buckle. The word “racist” has singlehandedly awarded cultural Marxists the levers of power in the West.

When I decided to write this essay, the first example that popped into my head, (after the word racist, of course) was the term “politically correct.” Long used as a pejorative by the Right, the phrase was originally used by Leftists to mock each other. It strikes me that the Right’s expropriation of this phrase is rather weak and defeatist. Embedded in the imagery of that term is a roundabout acknowledgment that the Left sets the agenda by controlling the tone of political language.

“Conservatives” who mock political correctness are like chained dogs barking at every passing car. They’ve allowed their instinct to be polite and non-offensive to neuter their arguments and render them ineffective. This malady isn’t exclusive to milquetoast conservatism, as it pervades in dissident circles as well. We should abandon the term entirely, because if something is deemed “correct,” then opposing it is, by default, “incorrect.” To allow your ideas to be labeled incorrect is not a winning position, and mocking your rival for his supposed correctness is pathetic, even if done with sarcastic intent.

Sometimes ideas spring forth from Left-wing academia that go unchallenged because of this tendency to mock instead of engage. A perfect example of this is the term “social construct.” Social construct theory puts forth, in short, that words, customs, and ideas only gain legitimate meaning in the context of agreed-upon assumptions within a society. This is objectively true, but an immense amount of ground has been surrendered to the Left because of the failure of the Right to challenge the Left’s conclusions.

Many of us mock the term “social construct” because the Left uses it to “deconstruct” the norms and customs of society. Similar to the word racist, it’s a phrase that backs many of us into a corner. It shouldn’t be this way. If something can be deconstructed, it can also be rebuilt and reinforced. It just takes a willingness to meet the enemy on the intellectual battlefield.

After all, the purpose of “deconstructing” our cultural norms is to delegitimize them and enforce new ones. These new Leftist norms haven’t even become cemented, but they still intimidate the Right, and by our unwillingness to defend the foundations of our own beliefs with rigorously reasoned and academic language, the Left pummels us like a wrecking ball.

Look no further than Leftist language regarding race. They insist that race is a social construct, and because of this, it doesn’t actually exist. (That is, when it is expedient for them to make that claim.) Their reasoning is that race exists on a continuum, a spectrum, with no clear lines of demarcation between racial groups. They insist that this delegitimizes the concept of race altogether, as if there is no legitimacy to “red,” “blue,” “yellow,” or even “ultraviolet” because electromagnetic waves exist on a similar spectrum.

It is important to note here that race is a social construct in the purest of technical terms. This does not, however, delegitimize race, and we should not mock their use of the term, but instead, counter them with reasoned arguments that put them on the defensive for a change.

After all, is time itself not a social construct as well? Leftists hinge their arguments about cultural norms on the notion that our agreed-upon norms are fluid and subject to change with the progression of time. (This is the “current year” argument.) Our understanding of time is based on agreed-upon assumptions. Currently, we have agreed upon the perpetual revolution and rotation of our home planet as it moves through the solar system as a time reference. If the human race was to ever become interstellar, a new “social construct” to measure time would be feasible, would it not? Of course. Does that, however, delegitimize the concept of time, i.e. the segmentation of the passage of time into quantifiable units? I would argue that it does not, and likewise, the concept of race isn’t delegitimized by social construct theory.

One can further argue that aging is a social construct, because age is on a continuum measured by arbitrary means, and that there is no quantitative difference between a 90-year-old woman and a newborn infant. This opens up an entirely new can of worms that I believe, thankfully, most rational people can dismiss. If one were to accept such drivel, one would be forced to conclude that pedophilia is perfectly OK.

As long as there is pertinent information to be gleaned by categorizing people, places, things, and ideas, then attempting to deconstruct every noun and pronoun with social construct arguments is tilting at windmills. Common sense confirms this for most of us, but an unfortunately large number of Right-leaning people rely totally on common sense and never hone their intellectual skills.

Tomes could be written on the various terms and phrases that have been invented and incorporated into mainstream thought to reinforce the current liberal order. All of them can be intellectually challenged by people who master language. Language is art, it is science, it is nature, it is math, it is everything we understand about the world around us. We need to own the battlefield of language and wield it as the formidable weapon that it truly is. The pen is, indeed, mightier than the sword.

» The Politics of Meat: Dietary Anti-Marxism