Alain de Benoist on France’s Response to the Coronavirus 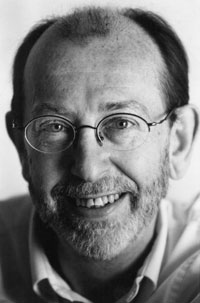 Now that things seem to be on the mend, can we say that the government, even if manifestly taken aback, has done too much, too little, or just enough in the face of the epidemic?

There is no other word for it: the reaction of the authorities to Covid-19 has been truly calamitous. Five months after the start of the epidemic, we still have not reached the screening capacity that we should have had when the first deaths appeared. The government first took refuge in denial (it won’t come here, it’s a flu), after which we witnessed an incessant parade of confusing, contradictory instructions and government lies. Nothing had been planned, although many voices had risen in recent years to predict a new pandemic from Asia. The primary cause lies in the inability of public authorities to think beyond the short term.

But the most fundamental cause is that, in order to comply with the rules of liberal ideology, we wanted to subject the public health sector to the principles of profitability, competition, and just-in-time management which led to the loss of thousands of hospital beds, the destruction of reserve supplies, and decreasing job-security for already underpaid staff. In other words, we have integrated a sector that is by definition outside the market into the market system. The result was a widespread collapse of the capacity of public hospitals.

It is certainly no surprise. Hospital staff have been raising alarms for years without ever being heard. Today, Macron and his clones are unanimous in praise of caregivers. It would have been better to have given them the means to work and to grant their just demands.

Even in the Middle Ages, quarantining healthy people never helped stem an epidemic. From this point of view, generalized confinement was first of all an admission of helplessness: we confined everyone because we had neither masks (which we first declared to be “useless” before making it almost compulsory to wear them), nor screening tests, nor resuscitation equipment, nor resuscitation assistance tools. In Europe, the best equipped countries are also the least confined. Then, when we started coming out of lockdown, we adopted a whole series of perfectly crazy punitive regulations. Rather than face it, the government hid behind the advice of “scientists” even though they disagreed with each other. In short, we suffered. And it’s probably not over.

Beyond technical considerations, have we not witnessed a new step towards a kind of generalized society of fear, with the internalization of the precautionary principle, which can tend to make us purchase a semblance of security by otherwise more tangible deprivations of liberties?

Since happiness and long life have been made synonymous, it is well known that people are ready to accept almost anything in return for a promise of security. Without falling into conspiracy theories, it is clear that confinement also constituted a test of full-scale docility. We were able to assess under what conditions it was possible to turn people into their own jailers. At the same time, on the pretext of a state of health emergency, new surveillance and control measures have been adopted which are likely to be perpetuated by being incorporated into ordinary law. Measures taken in the past to combat terrorism have similarly affected the entire population. Each crisis thus gives an opportunity to tighten the screws.

Many commentators are talking about the “world of tomorrow.” Do you think that a simple epidemic could be enough to challenge the foundations of the current system? In other words, will globalized capitalism have to revise its program, or does it still have enough resources to perpetuate itself without changing anything in its customary functioning?

No single epidemic can bring about a political revolution, let alone the disappearance of a dominant ideology. It is, on the other hand, obvious that one dreams of rising up when one hears that “nothing will be the same again.” Those who want everything to stay the same have enormous means to achieve this. But reopening is not going to be easy. Here, it is not the epidemic that counts, but what will happen after it. Whole sectors of economic activity are already devastated, and many will not recover. The government is currently compensating partial unemployment, but that is only temporary. In the coming year, or more likely the next two years, we can expect countless bankruptcies and layoffs. Unemployment will soar. The economic and social crisis can, itself, lead to a financial crisis of the first magnitude. Europe has already entered a recession, and to pay off the emergency aid to which it had to agree, government debt will reach stratospheric heights. All this should lead to levels of social unrest that will dwarf the Yellow Vest movement.

Having spent more than thirty years  in isolation, more or less, the lockdowns did not change my way of life very much. But for the working classes, who found themselves under house arrest for two months, the lockdown was unbearable. These same working classes have kept the country functioning, which has shown once again that it is the most essential sections of the populace that are also the most poorly paid. The coming economic crisis will also hit them hard. The consequences are still unpredictable, but they should be huge.

« So Far Beyond Karen

» The Immigration Battles of the 1950s