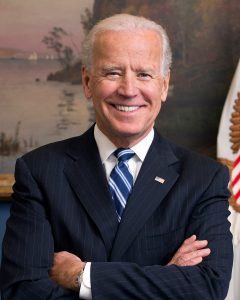 Former Vice President Joe Biden is now all but assured the Democratic nomination. His campaign appeared dead just a few days ago, and Bernie Sanders was thought unstoppable. Now only an unexpected disaster can stop Uncle Joe.

Biden won ten of the contests Tuesday night, exceeding even the most optimistic predictions. The only big race he lost was California, but he made up for it by winning Texas and multiple states that were supposed to go for Bernie. Sanders only won four states. As with Biden, Sanders’s fortunes have reversed in just a week. He was once the presumed nominee; now it looks like he will lose in a more humiliating fashion than in 2016.

How did this happen to Bernie? He was supposed to be the socialist chosen one. Why is he getting humiliated like this? The most obvious reason is that he went up against an establishment that is far more ruthless and competent than the Republican establishment.

Biden’s sudden rise is all due to other establishment candidates dropping out of the race. Pete Buttigieg led the charge when he abruptly dropped out on Sunday, despite winning the Iowa Caucus and coming in a close second in New Hampshire. Buttigieg is the first candidate to perform so well in the first primaries, only to drop out before Super Tuesday. His departure was followed by Minnesota Sen. Amy Klobuchar, who also did well in the early primaries. Both endorsed Biden. Both dropouts secured Biden’s huge victory Tuesday.

Bernie is also hampered by Elizabeth Warren’s continued presence in the primary. She competes in the same lane as Sanders and she takes votes away from him. If Warren had dropped out before Super Tuesday, Bernie would’ve won Massachusetts, Texas, Minnesota and possibly a few other states. Warren is likely staying in to hurt Bernie, not to win. She knows the establishment will reward her.

The only candidate whose presence helped Bernie is Michael Bloomberg. Bloomberg siphoned off voters from Biden and was expected to do well on Super Tuesday. Instead, he spent nearly over half a billion dollars just to win American Samoa. This disappointing finish convinced the billionaire to drop out and endorse Biden.

This is likely the last nail in Bernie’s coffin.

Sanders needed a divided field to win. This was essential to Trump’s 2016 victory:

Jeb Bush, Marco Rubio, and John Kasich competed for the establishment vote, Ted Cruz received the true conservative vote, and no other candidate could compete in Trump’s populist lane. None of Trump’s opponents carried the luster of being the former vice president of America’s first black president. The average Republican voter didn’t care for any of them. Jeb dropped out after South Carolina, but the other three lasted past Super Tuesday, ensuring Trump faced a divided field. When the establishment decided to settle on a candidate, they went with Ted Cruz. Cruz’s main characteristics were his unlikability and sliminess. Trump’s “Lyin’ Ted” nickname nailed him perfectly.

In contrast, Uncle Joe is far more likable than Lyin’ Ted, and the establishment is actually happy to back him. The Republican establishment only begrudgingly accepted Cruz as the lesser of two evils.

Sanders compounds his problems with his fundamentally weak character. Trump revels in insults and dominates his opponents. Bernie only wants to talk policy and refuses to get dirty with his rivals. This has allowed the Democratic establishment to roll over him twice. Sanders should feel particularly humiliated this time. He’s about to lose to a senile man who recently lied that he was arrested with Nelson Mandela and can’t stop being accidentally racist.

Another reason Bernie is losing again is his inability to connect with the majority of black voters. Sanders is the favorite candidate among post-1965 Americans. But Biden (and Bloomberg) were ahead of him when it came to blacks. It wasn’t because Bernie was insufficiently accommodating to their interests. Many of his plans are designed to give more handouts to blacks. He promises to enact criminal justice reform and reduce policing to advance black interests. He also makes sure to talk about how racist America is and how much we owe blacks. His radical economic message was arguably the most beneficial to blacks, yet blacks overwhelmingly prefer Biden.

The reasons are pretty simple: Biden was Barack Obama’s vice president and their community leaders back Joe. They don’t really care for socialism unless their pastor is down for it. They don’t care that Biden opposed busing and backed tough-on-crime policies. Their community leaders say he’s down for the cause, and that’s all they need to know. Most black voters are older women who don’t care about student debt forgiveness. They just want to know that their communities will get more power and goodies.

The black vote thwarted Bernie in 2016 as well. Blacks are doing the same again.

Bernie also lost much of the normal white vote for his 2020 run. In 2016, he was the great champion of the non-college educated whites. Now that demographic has either gone to the GOP or sided with one of the establishment choices. As I previously wrote, Sanders embraced identity politics and alienated normal whites in the process. His economic populism was not an alternative to wokeism — it conformed to wokeism. Bernie deployed the most obnoxious representatives of leftism — Alexandria Ocasio-Cortez, Ilhan Omar, Linda Sarsour, etc. — to campaign for him. No factory worker wants to hear about their white privilege or transgender rights.

In 2020, Bernie emboldened the weird left-wing activists who worshipped him rather than a silent majority of Democrats. He no longer entertained sensibility on immigration or guns. His core supporters wanted him to go full SJW, and he was duped into following this path. He’s paid the price with his smaller coalition in this election.

2016 Trump was the opposite. He didn’t represent conservative activists; he represented the silent majority of Republican voters. The activists despised him and called him a phony conservative. Biden is more like Trump in that the activists hate him, yet ordinary Democrats love him.

The socialist Left has taken a drubbing recently. Jeremy Corbyn was supposed to lead Labour into power in the UK’s elections last December. Instead, Labour suffered its worst defeat in living memory. Corbyn resigned from leadership in disgrace. Sanders looks to have a similarly ignominious downfall if he is trounced before the Democratic convention.

The socialist Left has argued that its platform represents the future of the Left. Two huge failures would completely discredit this theory in the Anglosphere. Average Democrats appear to just want a woker neoliberalism, not left-wing populism.

What does the development mean for the general election? For Trump, it means he will likely face a tougher opponent than Bernie. Biden may be senile, but he still appeals to wide swaths of the population. Many Americans just want to rewind back to the Obama years. Even though Biden can’t distinguish his wife from his sister, he doesn’t come across as a threat. Trump is a master fearmonger who will be hard-pressed to make Americans leery of a Biden presidency. Biden’s harmlessness is one of his most attractive qualities. He’s just a lovable grandpa — wouldn’t it be cool to have grandpa as president?

Trump can still beat Biden, but it will be a very lame election from a metapolitical standpoint. Trump will primarily attack Biden as the real racist for opposing busing and supporting sensible criminal justice policies. Biden will, in turn, say Trump is the real racist. Trump will rarely talk about policy outside of standard conservative fare and criminal justice reform. It will all be about personal insults. Trump will still attack Biden on good issues like immigration and guns, but they will get less attention than criminal justice reform. Forget law and order, Trump’s gotta talk about all the great drug dealers he released!

The one upside of a Biden matchup is that it saves us from the “socialism sucks!” pitch of a Bernie contest.

Besides the “socialism sucks” cringe, a Bernie race would be better metapolitically. Trump would effectively fearmonger against Bernie, presenting the Vermont senator as a grave threat to the historic American nation. Immigration and other identity issues would serve as the focus of the campaign outside of “socialism.” Bernie would double down on his own radical policies and force suburbanites to ditch their fantasies of a return to “normalcy.” The new normal forces you to choose between nationalism and socialism. That’s a choice that ultimately favors the Dissident Right.

With Biden, it forces Americans to choose between a false return to normalcy and Trump. That’s not as redpilling as a possible fight against Bernie.

At least the Trump-Biden debates will be must-watch TV. Just imagine the entertainment as two septuagenarians duke it out over their children, their alleged racism, and who could win a physical fight. There’s a high chance Biden will actually try to fight Trump on stage. The insults will be incredible. The anguish from the chattering class at the sordid state of our sacred democracy will be even better.

This is our future election, whether we like it or not. Unless some unforeseen event happens that gives the nomination to someone else, Biden is Trump’s Democratic opponent.