A Life Fit for a Dog 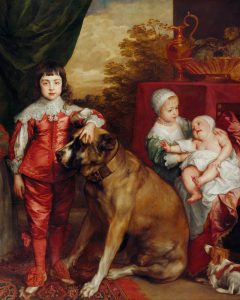 Like any big bad internet racist xenophobe sexist holocaust-denying huwite supremist worth his salt, I am a softie for animals of all kinds. I visit the zoo at least twice a year to observe our furry friends. One of the reasons I go on long hikes through lonesome trails is to enjoy birdsongs in the quiet and maybe see a squirrel or two. But of all of God’s creatures, none is richer or more complex than my relationship with Canis lupus familiaris, man’s best friend, the humble and noble dog.

I’ve never, however, had the privilege of owning my own dog. As a child, I played with my grandfather’s pooch, who is now dead. Always the highpoint of visits to Grandpa’s, the image of his tail wagging as we went on long walks in stretches of forest now turned into hideous developments is forever etched into my memory. He was a good old dog, but he was cruelly taken from us in the summer of 1997, hit by a bus.

Now, complicating matters is my very severe cynophobia, my fear of dogs. It is quite an unpleasant experience to want to connect to a living being, but to be deathly afraid of it. Just recently, a large, friendly dog wanted to jump on me and lick my face during a hike, but I found myself backing away in horror, even though I am more habituated to dogs and their affections. Indeed, I can pet and play with most small and medium-sized dogs. Considering I had trouble being on the same side of the street as a dog as recently as 2014, this is progress.

People have observed that I am somewhat doglike in my behavior. I am inattentive and easily distracted, especially by commotion, strongly territorial and argumentative when I find my territory threatened, I use my nose for orientation far more than the average human, I get a little nutty and act out if I do not get my daily walk and I have a touch of the extreme omnivore about me — I have yet to eat a sock, but I haven’t ruled it out.

Naturally, my model of human behavior and human society is based on my knowledge of canine behavior. I’ve even considered the implications that doglike evolution of humans might have for human biodiversity, let’s just say that what began as speculation on multimodal ethics has grown to be a rather extensive (and deliciously nutty) theory on the behavior of human individuals and groups, all thanks to our four-legged friends and the ready-made example of behavior which represents one of the modes of human. But this is a story for another time, a future article, one less concerned with the frivolous.

I have, for about a year, been feeding and petting a stray dog that lives near my office. The neighbors (E. Europe doesn’t have zoning laws) feed her, take care of her, and have even built her a very comfortable dog house. Being an attorney, I provide her the unique service of mediating food disputes between her and the other neighborhood animals, or at the very least, admonishing her when she is too unfriendly towards the alley cats and crows. Her name is Luna. When I didn’t see her for a few days around New Year’s Eve, when the fireworks were shaking the city, I was genuinely worried for her health and well-being. She is the closest thing I’ve had to a dog of my own. Luckily, she turned out to be fine and in rude health, wasting no time and immediately setting to argue with the neighborhood crows — though in her defense, they were disturbing her food bowl.

When I get into one of my dark moods and trudging through the day feels like swimming through an ocean of pudding, spending a few moments with Luna in the morning, or feeding her on my lunch break is the only joy I have in my life. My wife also tells me that animals have a way of sensing sadness and despair, and they curl up next to sad people to cheer them up. I don’t know about this, but I know that dogs I stop to pet lick my right knee, which is my bad knee — the one which has found gainful employment with the weather prediction service. And so, with all this in mind, I considered the possibility of getting my own dog.

Immediately, a whole host of problems hoved into view. I live in an apartment, in a densely populated urban area, where I would consider it inhumane to keep a dog. The happiest dogs I know live in wide open spaces where they are free to run and frolic. I would likewise have to purchase dog food and other necessities on my insult-masquerading-as-a salary. Then there’s the issue of leaving my new fuzzy friend alone for 8 hours while I sell myself as a common whore on the labor market. My life ain’t fit for dogs.

Then it hit me that my life ain’t fit for humans either. I too, would like to run and frolic in green meadows under the open sky. My ancestors were shepherds, according to family legend. I am not adapted to bug life, but rather to a life of fresh air, interactions with living things and song – so much song! I would like to have access to good, nourishing food without having to pay a golden fortune for that. And to say nothing of the disutility of labor, which I have covered extensively, and not just in the economic sense.

I deny myself the companionship of a dog because I would not, in a thousand years subject a canine to my miserable existence as a wage slave in a megalopolis. Indeed, much of the modern system seems to discourage the well-being of young men of a family-starting age. Wages are depressed by all forms of immigration, legal and illegal, and property values are kept artificially high in order to placate landlords and boomers. The Gaia-Thunberg suicide cult has managed to impose punishing excise taxes on fuels which has made car ownership a millstone around the neck of a young man, and has sent food prices skyrocketing, hurting the middle class and the poor. In the US, an insane private-public partnership (or rather, conspiracy against the public) has managed to bring the worst of both the capitalist and socialist worlds to healthcare. Yes, friends, things are bad and getting worse. Young men are poor, their labor exploited and they are friendless — cut off from the natural male hierarchy. And things are so bad, they can’t even get a dog, let alone start a family.

In the mornings, I pet Luna and she licks my knee (which is acting up again). God willing, there will come better days. Days of sunshine, when I will take my family somewhere where we can live in accordance with our ancient nature. And there will, God willing, be a day when I introduce a son of mine to a friend of limitless devotion — a genuine, real dog.