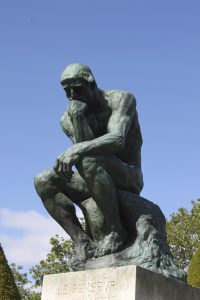 There are several boomer-tier jokes going around the internet, and most of them predate it, about voter turnout at different times of day in the US. Something about Democrats getting an early lead but then losing it when Republicans get off from work and vote. It’s supposed to be a dig at Democrats for being unemployed, welfare leeches, or working for the government. It’s a clever dig if you value working, which I suppose a part of the population should. But here at Counter-Currents, we value honesty and truth, no matter how ugly, and we take a massive sledgehammer to pretty lies, no matter how useful.

The fact of the matter is that work stinks. It’s boring and not something that brings pride or joy to a great man. The boomer jokes in question are supposed to mock the Democrats for working, but they actually signal that being Republican is low class, because, as the bankrupt and displaced Comte d’ Frou-Frou said to the Prince Regent’s butler “I want other people to [earn money] and give it to me, just like in France, in the good old days.”

Understand here that I’m not knocking work as “any activity which involves labor” but rather the sale of one’s labor for money. And no, you don’t get a pass for being an entrepreneur – that’s even more labor on your part for less certain gains. Traditionally, a tripartite division of castes involves those who rule and fight (Kshatriya, aristocrats), those who pray (Brahmin, priests), and those who work (Vaishya, merchants). Some classifications draw distinctions between merchants, tradesmen, and physical workers, but personally, I think that those distinctions are bourgeois bullshit invented by merchants or more likely their overeducated children, in order to put on airs before yon humble street sweeper.  What we are about to decry as low-class in this article are the activities of the Vaishya.

First things first – we need to admit that everyone needs resources to survive. Warriors and priests need to eat too – in fact, the protein-guzzling muscles of warriors and sugar-guzzling brains of priests probably necessitate more food for these two castes than the lowly merchant/worker. How are they to attain these resources without demeaning themselves? The right not to work – the right to have other people work in order to pay for your keep is one of the basic privileges of any aristocracy. Warriors usually take whatever the hell they want – they raid the people on the other side of the hill and live off the booty. Or they run protection rackets on their own people, which sounds bad to you because you’ve been marinating in liberal mental toxins for far too long. Taxation is the price we pay for not getting our skulls bashed in by tough dudes in fancy armor. 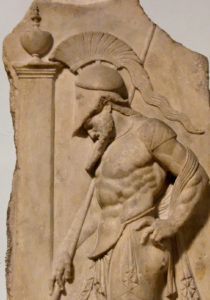 Sometimes they go out adventuring in foreign lands and enrich themselves by running semi-permanent protection rackets on the foreigners, at a cost to the mother country. This is colonialism, aka Empire-building and generally bad, with exceptions. Really, if we’re going to have a foreign adventure, it’s best that we go in, kick their asses, take their shit, and get the fuck out of Dodge. No good adventure story ends with “and then Qoorton the Conqueror settled to spread democracy among the savage Pisdinay tribe.”

Moving on, priests have a deal with warriors. They use their weird psyop powers (what Owen Benjamin calls wizardry) to (a) provide cohesion to the tribe, especially the warrior elite and (b) provide mechanisms of control over the population, especially the young elite. This is due to the simple fact that the greatest threat to the power elite is always from young elite males who’d like to get on top while they can still handle banging 10 women a day. Otherwise, they have to go through the boring cursus honorum and attain real power at about age 40-ish, when most men can’t physically keep up with 10 women at the same time. For those of you versed in Roman history, this was the tragic lot of Emperor Tiberius who got to be Emperor at the fresh age of 55.

The point of priestly wizardry is to convince aristocratic whippersnappers that it’s good and proper to be Tiberius and bad and improper to be Commodus, although, if I’m being perfectly honest, Commodus’s lifestyle sounds a thousand times more fun. Furthermore, warrior aristocrats are tough guys who don’t take shit from no-one. They’d rather rule in hell than serve in heaven, and this makes them prone to waging constant war of all against all. In order to have them accept a hierarchy and stop plotting against the king, priestly wizardry will be employed. For these services in providing the stability of the ruling class hierarchy, the priests are either given the right to collect their own taxes (tithes) or are let in on the warriors’ protection rackets and booty raids.

Both priests and warriors have a vested interest in keeping the merchants and workers working so that they may skim off of their labor, so the priests produce work-positive memes, and both LARP as workers in order to lead by example. So, when a young aristocrat is given the right to share in the protection racket dividend, he’s not issued a document to that effect as in a joint stock corporation, but rather, given a position in the administration of the state – usually one of the lower rungs of the cursus honorum.

Aside from giving him some rudimentary training as a ruler, this job is usually a sinecure – or what the Mafia would call a no-work job. It makes the young aristocrat look busy to proles looking in from the outside, and even allows him and the rest of the ruling class to genuinely believe the pro-work memes doled out to the proles. The less cognitive dissonance necessary to believe the necessary lies, the better.

The sinecures also serve as an additional mechanism of social control of the aristocratic class over its troublesome young. Misbehavior by intrepid young bloods can be curbed by threat of loss of sinecure. This is why, I suspect, the rulers of tomorrow are often given real jobs early in life, before they get sinecures. The prospect of really working is enough to put the fear of God in anyone’s bones, and so you take your lumps no matter how much you’d like to overthrow the old farts and be king while your dick still works.

That’s the picture of a functional society. And now let’s move on to what we have going on here.

For starters, the privilege of not working, or working in no-work or minimum-work sinecures does not lie with the ruling class, or exclusively with the ruling class. It lies with the Lumpenproletariat, the underclass, the immigrants, the racial minorities, the sexual perverts and other assorted blights on society. You as a white, heterosexual man are expected to work your fingers to the bone to feed them, clothe them, and finance their caprices. The inversion of privilege, with the underclass being privileged was already documented and explained by Mencius Moldbug in this sprawling post from 6 years ago, as pertains in that case, the right of lese majeste, the right not to be offended. Apply those same lessons from that article to the right to eat without toil and you have the same situation there. Now, what do our enemies do with all their spare time?

They have a high-low thing going on. High-performing minorities (Jews, Asians, etc.) and white progressives usually engage in priestly wizardries, aimed at keeping the cohesion of the anti-white coalition (as per Sailer) and undermining the cohesion of whites, especially the cohesion of white, heterosexual males. Any attempts to get a Männerbund going will be met with snickers of “lol, fags.” Funny how similar gangs formed by blacks and other troglodytes will never get accused of fomenting homosexualism, innit? They will also deploy memetic toxins against white warriors and priests to either neutralize them or put them in service to the progressive hegemony. A minority of these high-performers will exercise command and control functions over the low-performers, as well as enforce the tyrannical aspect of the modern anarcho-tyrannical state over the white proles. The low-performers themselves are usually engaged in raids and protection rackets, benefiting from the anarchic aspect of the modern anarcho-tyrannical state. These men are not very intelligent, but they’re organized and are accustomed to violence. When the shit hits the fan, they’ll have real-life experience with violence – you won’t.

What’s a man to do? In sane reality, the working prole has no recourse. If he stops working, he starves and nobody cares. However, we live in clownworld. You’re probably not going to get a ruling class sinecure unless you signal adherence to the insane cult of modern liberalism, and even if you try to deceive them, they have ways of weeding out false signalers. You’ll probably have to cut your dick off or something.

No, far easier to just skim from the bottom and go on welfare. Or do the barest minimum of work without actually contributing all that much and learn to live with little. Do everything in your power to stop feeding the machine, to stop feeding Globohomo and winning free time for yourself.

If you can, make sure that the resources pour in without labor, or at least without much labor, and devote your time and efforts instead to developing your martial or priestly abilities – depending on your natural proclivity.

Even if you’re fundamentally vaishya, stop working for the system. Stop thinking of work as a noble and good thing to do – it’s base and déclassé under the wisest of kings, and when it serves to feed an evil regime as it does today, it’s also evil.

Stop saying “I work for a living” like it’s a good thing. All you’re doing is signaling your low status in society and inviting abuse you’re ill-equipped to fend off.

Purge yourself of shame and learn to mooch and steal from the system that hates you.

If you’re a warrior, train for the inevitable clash.

If you’re a priest, create narratives for the warriors.

Above all, stop being Globohomo’s willing and proud serf.