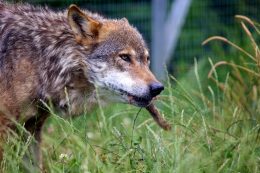 I spend a good deal of my time pondering the many patterns and complexities of human behavior that have spawned our current state of affairs. Itʼs quite a mess to untangle – a daunting problem with no easy solutions. I do think, however, that it is useful to enumerate our peopleʼs strengths and weaknesses, and when one does this, it is inescapable to conclude that sometimes what we believe to be our greatest assets are, in fact, our costliest liabilities.

It is commonplace among dissidents in “far Right” circles to lay blame on the other, or the outsider. And surely there is abundant evidence to back up those assertions. But here I will make the case that it is our own institutions that are to blame. As successful as it once was, we have become indentured to this very society that our ancestors built, and the democratic processes that were designed to liberate us have ultimately made our condition more rigid and inescapable.

One of the first things I want to establish – and I think most folks agree with this – is that the purpose of our institutions should be to serve our people, as opposed to people serving our institutions. Long gone are the days of the Pharaoh, when Egyptian citizens toiled half the year to build Khufu his tomb for the afterlife. Similarly, the twentieth century saw the end of most of the Communist regimes that sought to subjugate citizens to the service of the state. Having said that, I would argue that since the 1950s, we in the West have transitioned into an era where our institutions seek only to preserve themselves instead of serving the people.

Once you start to make these connections and see the trajectory we are on, you begin to realize that this is a perfectly natural response to the decline of the West. As a matter of fact, at the very core of this concept is the biological nature of organisms, and the tendency of large groups to exhibit organic behaviors. Our entire neoliberal free market system is a biological expression of natural human responses. Populations organize for the purpose of survival. They always have. This is, as a matter of course, what the essence of civilization is.

So how does a civilization in decline respond when the chickens come home to roost? To answer this, I will use the image of the proverbial coyote with its leg caught in a steel trap. Weʼve all heard the old “coyote ugly” joke: Supposedly, the coyote will eventually resort to gnawing its own leg off in order to survive. Survival ultimately becomes the only thing that matters when faced with imminent death, and a life with three legs is better than no life at all.

This is where our societal predicament gets interesting – and complicated. Greg Johnson often mentions the concept of “racial divorce” when addressing the Westʼs imminent demographic crisis – the idea that the various races which have been forced together in multicultural societies should peacefully separate and reestablish their own nations. The coyote analog to this concept isnʼt perfect, because white civilization never needed the “fourth leg” of racial minorities to begin with, but certainly we could survive with the other three intact. In a rational world, that leg would have been gnawed off long ago, our wounds licked, and weʼd have lived to see another day. But our democratic institutions prevented this, and increasingly seek to prevent it from ever happening. Those institutions are designed to understand the organism as a whole, and the survival of the organism rests on dragging that fourth leg around with us, steel trap intact, bleeding as we go.

This is why our institutions, led by liberals and, increasingly, the very minorities that comprise our trapped leg, are constantly enforcing “progressive” policies that not only fortify, but actually grow the power of those institutions. The solution to the problems created by the last solution brings with it more problems that need solutions. And on it goes. One could imagine weʼve become not just a coyote with its leg in a trap, but a coyote with hundreds of legs caught in hundreds of traps, with new legs growing out from the dying ones, and new traps set to snare those legs as well.

I spent most of my youth venerating the Western ideals of liberal democracy. Even though Iʼve always identified with Right-wing or “conservative” thought, until a few years ago I always understood it within the context of believing in the American mythos. Over the last few years, particularly as a result of the presidencies of Obama and especially Trump, that illusion has been lifted from my eyes. Iʼve seen the underlying system play out and expose itself with few ambiguities. Iʼll always believe in what America once was and what it was meant to be, but I no longer suffer delusions that it will ever be that way again.

The venerable institutions that once made us the strongest nation on Earth are now the shackles that drag us into an abyss from which there seems to be no escape. I do not suggest that I have answers to this dilemma; I simply believe that if we have any hope of arriving at a solution, we must start with identifying its root causes. We must stop believing in fantasies and fairy tales. We should avoid strumming the same chord of tribal grievances against others and realize that the only reason those grievances continue to resurface is because our institutions perpetuate them.