Christmas at Counter-Currents
On Yule & Millenniyule 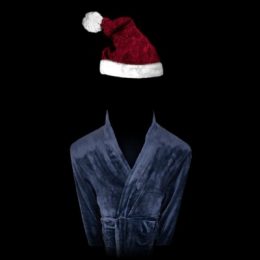 When the Sun largely vanished from the sky as cold and darkness overtook the world of our ancestors, they would band together. The warmth they conjured up to endure this time of year emanated from their turning their attention toward one another.

They knew that there were lean and trying times ahead, and our ancestors needed each other close in order to survive, literally and figuratively. Winter meant gathering, telling stories, reflecting on the year, and taking stock of oneself, all the while contemplating the past and future and sharing more with others.

At Yule, we focus on the return of the light, the Sun being at its weakest on the winter solstice, and then steadily growing in strength over the following six months. The promise of new life and light, the seed of regeneration, is contained even within this trough of the coldest and darkest time – a lived Western experience of yin and yang.

Yule is the time when we perhaps reflect most on the wheel of the seasons, as well as that of the seasons of our lives and our families – the continual cycle of our ancestors and descendants. Maybe that’s why we feel particularly alive at this time of year. We’re made more aware that we are on that ever-turning wheel. We experience the embrace of everything that’s real, important, and nourishing.

During such a time, we need friends and family with whom to celebrate and mark it; to help put up signposts and provide focal points. A fire provides such a focal point as we direct our attention to the flickering light, allowing our imaginations to project the details of a story being spoken aloud. A party or festival also creates a focal point, as we prepare foods, gifts, decorations, and perhaps even special clothing for the occasion.

We need festival days, those that are unlike our routine days, when we experience those parts of ourselves that we don’t get to express through our ordinary duties and responsibilities, even though these occasions help to put our work into perspective and allow us to rejuvenate ourselves before we return to it. Perhaps in the modern world, it also shows us that there must be something more to life than merely this.

Millennial Woes’ annual series of YouTube video hangouts, Millenniyule, is just such a festival and rite for the digital age. Much as some may lament Internet culture in comparison to real-world interactions, this technology now allows us to have relationships with people we never could have in previous eras, many of whom may be in faraway parts of the world. The instinctual needs that we as Europeans have remain, even if the realities of social interactions have changed. Millenniyule provides such an annual assembly – a gathering of the tribes.

The series features guests who themselves create regular assemblies and focal points throughout the year with their own organizations, broadcasts, and writings. In that regard, Millenniyule functions as an aggregator, providing a picture of the past year, and in sum, a cross-section of the online movement as a whole. The primary shared value of the majority of the guests is a desire for the well-being of the white race.

Over the last couple of years, Woes has also invited some guests who are flirting with our ideas, but aren’t yet prepared to commit to them – and that’s important as well. It shows an openness to outsiders and allows us to understand how those outside our immediate sphere think.

Woes may even pepper in a few of our rivals, people who oppose and challenge our views, which only strengthens our positions and, of course, is simply fun to hear.

Generally speaking, I see two reasons that people participate in livestream chats and the online scene as a whole. One is to learn about and gain perspectives on what went wrong in European civilization and how to improve it. The other is simply the desire to be entertained by the showcasing of a cast of online characters and how they interact with one another.

Woes’ platform does a good job of bringing both of these elements to bear, but he does so with the right balance. He’s intensely plugged into the scene, but his content doesn’t teeter over into becoming about the scene itself, because that would result in losing the plot altogether.

Woes himself is an introspective character, and introspection is a key feature of the Yule period. He’s also an affable fellow who, despite starting his channel from a perspective of self-professed melancholy, clearly enjoys talking to people and learning from them. In my time listening and speaking to Woes, I’d describe him as someone who is very generous in spirit. As an embodiment of all of these traits, it’s no wonder that he has become the emcee of the online Yuletime gathering.

As we kicked off 2018’s Millenniyule series – the largest yet, with over seventy guests – Woes said to me, “I’ve been doing this for four years. It’s not like this is some ancient, hallowed tradition.” In the online world, though, it is. And we thank him for doing it.

Jared George runs The Great Order and a YouTube channel of the same name.

» We Are Doomed Revisited:
An Interview with John Derbyshire