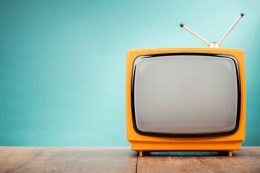 Our fundraiser has slowed down a bit since our last update 2 weeks ago. We have received only 9 donations, totaling $1,274, for which we are very grateful. Our goal this year is to raise $70,000. So far, we have received 58 donations totaling $8,497.94. So we are a bit more than one eighth of the way there. See below for new incentives to give.

In May, I had dinner with several movement colleagues, and I asked how I could improve Counter-Currents’ reach and effectiveness. Everyone at the table told me to invest more time in our YouTube channel, CounterCurrentsTV, because it has the most potential to amplify out message and reach new audiences. They were quite emphatic, actually, and the whole discussion took on the air of an intervention. I was convinced, though, and began planning to take Counter-Currents in a new direction.

The first step was to take stock of Counter-Currents’ existing podcasts and other audio files. There are nearly 300 of them. So I have been turning them into video files and putting them online at the rate of at least one a day. Our YouTube subscribers and traffic immediately began to rise. Here are the stats for July: 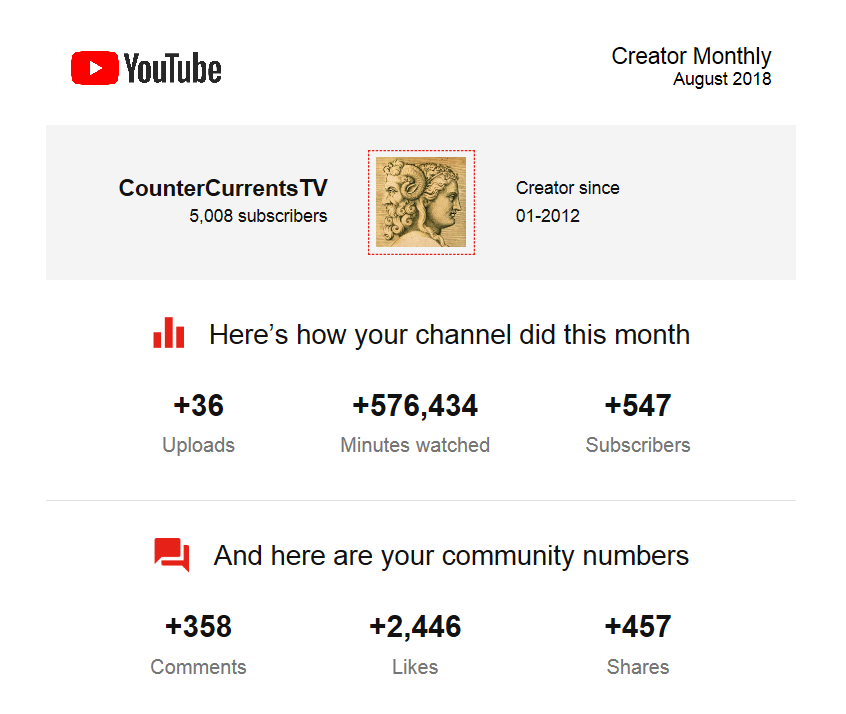 In July, we added more than one video/per day, increased our number of subscribers by more than 10%, and increased the number of minutes watched by more than half-a-million. We will continue to put material on YouTube at the same rate until our complete backlog is available.

I also hired Oscar at Omniphi to start making slideshow videos again for Counter-Currents. But I had to stop after three videos because of a shortage of money. I hope to be able to pay him for new videos in the future.

Finally, I have recordings of more than 300 hours of lectures, primarily on philosophy, that I am digitizing. Suitably edited — and perhaps re-recorded — these lectures will eventually end up on YouTube as well.

But all of this focus on the past is merely the prelude to something new.

I have decided that, with the publication of The White Nationalist Manifesto on September 15th, I am going to become much more of a “public intellectual.” So I am going to put my face out there more in debates, interviews, and my own YouTube videos.

Frankly, this really goes against the grain for me. I don’t like YouTube. Beyond that, I am an intensely private person. The thought of being recognized on the street feels me with dread. I am also highly self-critical, which makes listening to my recordings an unpleasant experience. But being governed by such feelings strikes me as criminal self-indulgence when the fate of the world depends on the success of our movement, and every man must do his duty to the utmost. So I am going to do my best, until better people come along and relieve me of the burden.

This new emphasis will, however, entail certain costs. I was planning to launch a new webzine, NewNationalism.net this summer. But I simply will not have the time, so that project has been scrubbed.