Punching Left:
The Weather Underground, the Haymarket Anarchists, the Kennedys, & the 1960s 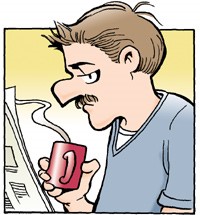 Fans of Garry Trudeau’s Doonesbury will recognize Mark Rudd as the inspiration behind the character “Megaphone” Mark Slackmeyer. Rudd is a Jewish radical from an upper-middle class background who was one of the founders of a Jewish-led, New Left terrorist group that came to be called The Weather Underground.[1] In an effort to know and understand one’s enemy, I decided to read and review Rudd’s book so Counter-Currents readers could gain the benefit of his testimony regarding activism, but need not pay its author. 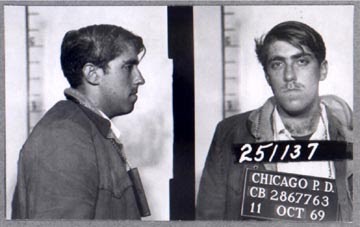 Rudd’s memoir is filled with Jewy neurosis. He talks about his sexual desire for exploiting Midwestern “shiskas,” seeing a shrink, Freudian psychology, and so on. However, there are some things he says that white advocates should take seriously. The first thing that stands out is that Rudd joined an existing Leftist metapolitical structure that was already well organized against the “war in Vietnam” by the time he became politically active in 1965. The second thing is just how Jewish the Leftist metapolitical structure Rudd worked in was. Rudd and his famous companions, Tom Gold, Bernardine Dohrn,[2] Eleanor Raskin, Michael Klonsky, Bill Ayers, and Jim Jones (gentile) were mostly Jews who came from Communist families, or at least families with Leftist backgrounds (Jones was an Anglo Quaker). All were upper-middle class and had good educations.

To further explain the Jewish angle, Rudd writes, “Imagine an idealistic Jewish kid growing up in a suburban New Jersey town, always knowing that the world consisted of two kinds of people: Us and Them, the Jews and the goyim. Crossing the river[3] to the big city and taking a place as a student in a world-class Ivy League institution run by Them, I found at the top, much to my surprise, rather slow-witted, Wizard of Oz-like characters who ran things really badly, violated their own principles, lied, put into effect both pro-war and racist policies. My reaction? In my speeches at rallies, I had taken to referring to President Kirk as ‘that shithead.’”[4] (My emphasis.)

Mark Rudd was also influenced by the “Holocaust Story.” He genuinely thought that American policy in Vietnam was “Nazi-like” murder and he didn’t want to be like the proverbial “good German”[5] who passively “let” the “Nazis” do what they did. Rudd believed that he had family members who were “Holocaust Survivors.” He also believes that he saw tattooed numbers on their skin.[6]

Critical here is that Rudd was a Jew who identified with his Jewish background. He was also pursuing Jewish interests. In all of American history there has only been one sustained, successful anti-war movement – the movement against LBJ’s policy in Vietnam. Rudd’s anti-war stands regarding the Iraq War (2003–2011) seem deliberately designed to be ineffective (why no in-depth study of the Neocons?). Furthermore, then as now he makes little to no mention of Israeli military policy or US support for the same. He called US policy in Vietnam murder, but his moral language regarding the Palestinian-Israel situation is very restrained.With such a large core of Jewish anti-war activists one can easily conclude that the anti-war activism of the 1960s was not a principled stand against “militarism” and/or “violence” but a cynical ploy to use the Vietnam War to displace America’s natural WASP ruling class with Jews.

The metapolitical structure that Rudd and his comrades entered into had ideological roots that stretched back to Robespierre’s Republic of Virtue during the French Revolution.[7] In 1965, the anti-war structure Rudd was involved in was officially Communist.[8] While officially Communist, the Weather Underground‘s closest Leftist inspiration was really more the Anarchist Movement of the late nineteenth century. While the ways in which the ideology of anarchism and those of Communists like Che Guevara, Ho Chi Minh, and Mark Rudd differ is an article in its own right, the important concept that must be emphasized is that the Weather Underground was dialed into international Leftist idea-creators, and carried out what anarchist thinkers called “Propaganda of the Deed”[9] . . . i.e. terrorism.

If Leftism can be seen as a Christian heresy, there is a sense of Christianity’s sin-and-salvation concept in Rudd’s account. When describing the white flight from Newark, New Jersey, Rudd says, “That’s my people, the ones who fled to the suburbs.”[10] He was deeply ashamed of his family’s “racism” although fleeing African dysfunction is hardly an irrational action. One of Rudd’s successful actions at Columbia University was to stop the University from buying up properties in New York City that held large numbers of blacks. He didn’t want the blacks displaced by a gym or other structure. Rudd also saw American liberals like Robert Kennedy and Eugene McCarthy as his number one enemy. Indeed, politics is a game where the extremists coldly move pieces over the heads of the centrists.

Rudd states in interviews that his book is a description of three different phases of his anti-war campaigning. The first phase is that of organizing. Rudd and his fellow Jews successfully organized a great many protests and attracted followers by carrying out edgier actions than others were doing. This was accomplished through the Students for a Democratic Society (SDS). The second phase consisted of increasing militancy which, for a time, appeared to attract more followers and make a larger impact. Finally, the hard core of Jewish activists decided to embark on revolutionary violence, and they formed the Weather Underground.

Much of what the Weathermen did had the opposite effect of what we intended. We deorganized SDS while we claimed we were making it stronger; we isolated ourselves from our friends and allies as we helped split the larger antiwar movement around the issue of violence. In general, we played into the hands of the FBI—our sworn enemies. We might as well have been on their payroll. As if all this weren’t enough, three of my friends died in an accidental explosion while assembling bombs. This is not a heroic story; if anything, it’s antiheroic.[11]

The Weather Underground fell apart by 1977. Most its members were given slaps on the wrist and were re-integrated into society. Rudd and Bill Ayers became professors and Eleanor Raskin is a sitting judge.

The Ideas of the Weather Underground Weren’t New 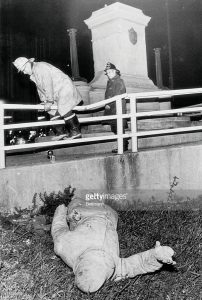 As mentioned above, the Weather Underground was not a cutting-edge group of young people acting in a new way upon ideas they developed themselves. Much of what they said was a rehash of older thinkers and what they did matched the patterns of previous Leftist groups. While the Weather Underground spoke of Communism and socialist utopias, they had closer parallels with the ultra-Leftist Anarchist Movement of the latter half of the nineteenth century.

The Weather Underground Had Some Metapolitical Successes

While the Weather Underground eventually disbanded without realizing its goals, on the whole, the ideas that they supported did enter the mainstream. These include:

The slayings of John and Robert Kennedy bookend the extreme social ferment of the 1960s. Much has been made of the killings, but both Kennedy assassinations only have a meaning that makes sense if one sees the killings as the expression of Leftists punching Left. John F. Kennedy was killed by a semi-bright, marginal Leftist who famously said he was not a Communist but a Marxist-Leninist. Senator Robert F. Kennedy was killed by the quintessential “victim” who was also an immigrant from the Third World. Had the Kennedys’ killers been more like Socrates, and clearly stated their respective messages rather than claiming to “be a patsy” or “not remember,” then millions of American man-hours would not have been wasted on conspiracies involving Cubans (Rightists or Leftists), homosexuals, the military-industrial complex, or whoever you wish to believe did it for whatever reason. Indeed, most of the ferment of the 1960s was a melee of punching Left. The Weather Underground was punching Left.

The critical idea here is that the whole of the American (and international) political Left united in 1933 in the Roosevelt administration and the Democratic Party. Indeed, it could be argued that FDR’s Democratic Party was a legitimate political expression of most of American society. The whole of political debate was framed by FDR’s Leftist coalition partners. 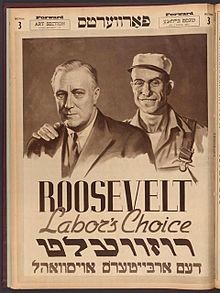 Ignore for a moment that this is the creepiest political poster ever and see the deeper message. Roosevelt’s coalition was a coming together of the whole of political left, tying William Jennings Bryan’s Agrarian Populism with Patrician Class noblesse oblige and Jewish Radicalism.

Essentially, the Democrats had a solid political vision provided by Williams Jennings Bryan, and it offered a stable society where all could benefit from the fruits of capitalism (i.e. “The merchant at the crossroads store is as much a businessman as the merchant of New York”).[18] The Democratic Party identified with rural Americans, especially those from the former Confederacy and Middle West. The Democrats were led by solid, old-stock Anglo-American Protestants like Bryan, Wilson, and Roosevelt. Indeed, Roosevelt’s ancestors arrived on the ships Mayflower in 1620 and the Fortune the following year.

The coalition started to break up after FDR’s death. Truman booted the Communists around the time of the Berlin Airlift, and the mainstream of the Democratic Party furthered this policy during the Korean War. The Democratic Party broke up with Progressive Southerners in the 1960s. White. The 1968 Democratic Convention was a battlefield. Other Leftist conferences fell apart. One example:

At summer’s end [1967], just before most fall terms started on American campuses, hundreds of diverse progressive and radical organizations, including the Madison chapter of the Committee to End the War in Vietnam, had assembled at the Palmer House in Chicago for the first National Conference for a New Politics.[19] Peace movement historian Charles DeBenedetti later called it “the largest gathering of the American Left since the 1948 Progressive party convention.” It turned out to be a raucous, contentious, exhausting convention, rife with walkouts, power plays, and endless posturing to see who among the three thousand delegates could look toughest. Splits became evident then that would grow into chasms in later years and decades. The issue of Vietnam was almost lost amid resolutions condemning Zionism and disparaging the Israeli victory in the Six-Day War, actions that prompted some left-leaning Jewish intellectuals to begin the turn toward neoliberalism or neoconservatism. There was also a demand by black delegates that they get as many votes and positions of power as the vastly larger number of whites.[20]

On a final note, the United States lucked out in that the state proved to be stronger than the Weather Underground. Rudd’s increasing ideological purity-spiraling and militancy was exactly what his Jewish kith and kin did to capture Russia during the Bolshevik Revolution. The Weather Underground wanted to relocate 25 million whites to “re-education” camps.[21] Again, the Weather Underground didn’t really care about the War in Vietnam; that issue was a McGuffin for them to achieve Jewish power.

[2] To see Dohrn cry with pain as she strikes you, view here.

[3] Namely the Hudson River, between Newark and New York City.

[5] In Wisconsin, Jewish agitator Paul Soglin also believed in the mythology of the “good German.” It is likely these myths developed to help achieve Jewish aims. The story of the “good German” as well as German villainy during World War II is mostly propaganda. More on Soglin here.

[6] Is the “tattoo story” really true? Why tattoo people if one is going to gas them shortly? Is there a document or database somewhere which matches tattoo numbers to names and ages?

[8] Many of Rudd’s Communist friends and supporters were also factory owners. Communism was a Jewish movement to harm their gentile enemies in Russia and New York City.

« The Aryan Ethos:
Loyalty to One’s Own Nature

» Counter-Currents Radio Podcast No. 219
The Populist Wave in Europe