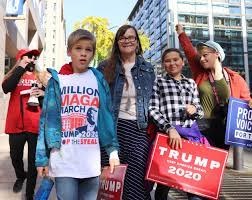 Here’s a radical notion: the conservative movement needs to be destroyed before White Nationalism or any of its allies and fellow travelers can make any political headway. The current iteration of Western conservatism which safeguards the Nuremberg moral paradigm and gatekeeps against white identitarian politics is evil, hypocritical, immoral and treasonous to white people. The people who propagate this ideology are the human equivalent of Judas goats — goats that serve to calm animals as they’re led to the slaughter. Any plan for the salvation of the white race which does not entail the dissolution of conservative parties and the shuttering of Con Inc. think thanks and media outlets is doomed to failure.

If conservatism is, as we portray it, a mechanism for diverting reactionary energies into the void, then its operations can be described as such:

There is, however, an important difference between the conservative movement and people with healthy conservative instincts engaging in reactionary behavior. But certain corners of our movement have lost sight of this, making them incapable of understanding and educating those reactionaries.

Because reactionary energy is dissipated or coopted by the conservative establishment (steps 4 and 5 above), some in our movement have mistakenly concluded that “reaction” as such is to be spurned. Therefore, instead of attacking the conservative establishment while it maneuvers to dissipate or co-opt energy in step 4, they attack people reacting to the system’s evil in step 2.

This makes it impossible for us to tutor and channel these energies in a productive way, meaning a way that actually threatens the system.

Ideally, this movement would act at two points in the process.

Firstly, we should welcome the untutored, sometimes inchoate reaction in step 2, but take steps to tutor it. Naturally, this tutoring should not take the form of lecturing, hectoring, or posturing, but rather it should explain in words to the people reacting what they already know in their hearts. This will make their position more robust by making it concrete. One of this movement’s greatest recent victories came during the anti-CRT campaign. Having already completed the difficult legwork of normalizing the term anti-white before the issue was ever taken up by parents of children subjected to critical race theory, we ensured that the reaction to the system’s imposition of CRT in school would not be untutored, or at least not as untutored as usual.

The second way in which our movement can help break the conservative cycle is to deconstruct both the specific conservative narratives deployed in step 4 as well as impeach the conservative movement itself, showing people that conservatives do not look out for their interests and are rather their enemies, something I’m proud to have contributed to in the anti-CRT instance and elsewhere.

However, we must not:

Deriding people for being reactionary is counterproductive. Everyone’s redpilling journey begins with a reaction to something: a heinous crime, a flagrant double-standard, a vicious lie. The reason we can be proactive is because we ourselves have been :

The urge to either antagonize or browbeat people who react to the system’s evil, even if their reaction may indeed be inchoate and untutored, is frankly sophomoric, but a better term may be political hipsterism. The term was coined by my good friend Hwitgeard to describe the position of people who dismissed the possibility of elite conspiracies driving our woes as White Nationalists.

Personally, I’ve never had a problem with being called a hipster. I simply do not like the mainstream, either in music, in fashion or indeed, in politics. I likewise have very little patience for mainstream fashion, music or other cultural artefacts. I find them irritating, painful to observe and be subjected to and completely unacceptable for myself. I have structured my life in such a way as to minimize my exposure to mainstream culture precisely because I find it so grating and impossible to tolerate. Naturally, I gravitated towards the hipster scene in my town, and even though I found their fashion and aesthetic sense somewhat less annoying, I found in this circle a stifling conformity which I did not enjoy at all.

But more than this stifling conformity, what annoyed me was the constant sneering at the unwashed mainstream. Even to someone who despises mainstream culture, this sneering was ugly and stank of insecurity, as if the hipsters were trying to convince themselves of their own superiority and sophistication by hating the mainstream. Little wonder that these people did not like being called hipsters – they were too cool for labels. I found this scene uninspired and uninspiring and quickly grew apart from it, finding better friends, wackier and more relaxed with whom I was more at ease.

It is precisely this desire to be better than the normie-con with the urge to impose these positions with stifling conformity that makes the political hipster. Whenever a fellow White Nationalist tries to harness the reactionary energies, court disaffected people and guide them to nationalism or even just explore the issue raised by the system’s evil acts, these people come out of the woodwork and start throwing labels like “schizo” around, while mocking and gaslighting nationalists who do not conform to their idea of what is appropriate.

Of course, they accomplish nothing politically speaking. But they do convince themselves that they’re special and smarter than all the normie-cons, which is a worthy goal for some people.

We’re sometimes too absorbed in deep analysis of momentous events to recognize that sometimes, the driver of people’s actions is something as petty as salving insecurity.

However, by indulging these insecurities, they separate themselves and by association the broader movement from the people reacting to systemic evil.

Imagine yourself when you were just beginning to understand things and just beginning to take your first steps on the nationalist path. How would you have reacted to someone calling you names because you’re “just reacting to the system”? How could you have done anything else but react? After all, you’d never had a chance to integrate a framework that’d allow you to be proactive. You were not taught. Nobody approached you as a mentor. Rather, they approached you with a sneer, mocking your ignorance — as if they themselves had been born with knowledge. It’s a wonder we get any new people in this thing at all.

Of course men want to feel special, and sometimes they really are. I’ve said many times in the past that I suspect our movement consists of the best of people, genuinely superior in our ability to resist indoctrination, propaganda, brainwashing and mind control, as well as our ability to take all of these pressures and turn them back on the system.

Unlike the conservative which harnesses reactions to dissipate or recycle them, we take reaction against the system and amplify it, but not only that, we proactively create problems for the system by systematically deconstructing its lies and engaging it on multiple fronts. However, our superior status should not blind us to the ultimate goal of this movement – securing the existence of our people and a future for white children. If, for the completion of this task, I have to be somewhat patient with a neophyte who’s only now attaining a measure of awareness, so be it. Being a mentor is hard, it requires patience, which people in our movement, being disagreeable enough to refuse indoctrination by the mainstream, tend to lack. It’s also difficult to have patience with a normie, seeing as how they look so much like us that it’s difficult to understand that they’re not the same as you and me.

However, we are White Nationalists and identitarians, and this means, among other things, that we do not shy away from tasks because they’re hard. We must learn to balance our savage deconstruction of conservatism with compassion for the people who’ve clung to it as their only recourse. We do not come with the intention of destroying conservatives, but rather with the intention of liberating them from the deceptive shackles of Con Inc. We come not to prove our superiority by being clever, but to secure the existence of our people by harnessing their great energy. We come not to stomp on them with our boots, but rather to lead them into a bright future. We have nothing but contempt for the mainstream, but we do not stop there. Rather, we intend to impose a new mainstream of our own design which will ensure the survival of our race.

» Q&A with Jim Goad on The Redneck Manifesto