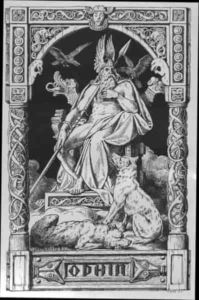 The annual American ritual. The annual American ordeal. The overcooked turkey that takes forever to come out of the oven. Those little round rolls, hard as flint. That sweet potato and marshmallow (yes, marshmallow) casserole that has no name but ought to be called “carbicide.” In fact, the whole meal is carbicide. But we want that after a while — cide in any form — because the people can be worse. Oh Death, where is thy sting? The screaming kids. The in-laws that serve as an uncomfortable reminder of how you married below (or above) your station. The cousin who insists on telling you that in his house they believe in “science” (mark my words, this is going to happen). Thank God for the alcohol. Just keep it coming. (If you are promised an alcohol-free Thanksgiving then smuggle it in, as I have.)

For you foreigners reading this, Thanksgiving is a big American thing that is a reenactment of some dinner the pilgrims allegedly had with the Indians. It’s probably all bullshit. And if it actually happened, then the pilgrims were morons. These were the ancestors of today’s East Coast liberals, who continue inviting in dangerous savages. The original Thanksgiving meal clearly didn’t make much of a difference, for the Indians were soon back at scalping and skinning and raping the pilgrims. And who can blame them? It was probably that sweet potato and marshmallow thing that pushed them over the edge.

But I’d like to suggest that we disengage Thanksgiving from its questionable past and make it our own. Let’s redeem Thanksgiving this year. Many Americans actually think that it’s a Christian holiday (in the same way that many Americans think that “all men are created equal” is in the Bible somewhere – no, I’m not kidding). Actually, Thanksgiving has no real religious association at all, unless you think you are giving thanks to God. But if ever there were a secular holiday ripe for becoming a pagan religious occasion, Thanksgiving is it. After all, it’s a feast. And most Americans really do see it merely as an opportunity to get together and eat and drink a lot. That’s perfectly fine: getting together and eating and drinking a lot is the most time-honored of pagan customs. 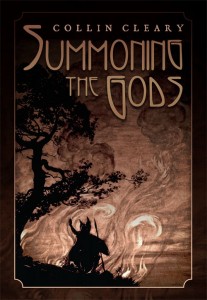 So, my first suggestion to you is this: Reconceive Thanksgiving, in your own mind at least, as a feast in honor of the gods. If the idea of “giving thanks” makes you a bit queasy, it’s probably because — like me — you’re thinking it’s all a bit Jesusy. “Oh thank you, Jesus! Jesus, thank you!” we seem expected to say. And I’ll have none of that. But there’s nothing specifically Christian about “giving thanks.” The pagans gave thanks to their gods quite regularly. So, yes, let this holiday indeed be a thanksgiving: but give thanks to Odin, Thor, Freya, Freyr, and all the other gods. And if you run out of gods to toast, don’t worry: You can still keep drinking. Move on to the elves and dwarfs. Do you know how many elf and dwarf names there are in the lore? But for the love of Regin, don’t toast Loki! I have a friend who tried that, and all Hel broke loose.

If you’re going over to someone’s place, bring some mead. Suggest to your hosts — with your most innocent expression, please — that at dinner you go around the table and everyone offer a toast and a boast. “Why, that sounds like a cute idea,” they’ll say (especially if you ply them with mead first) — unaware of your heathenish intentions. And each time a glass is raised you can say in your mind “Hail!” “Hail Odin!” or whoever you wish to hail. If by that point everyone has consumed sufficient quantities of alcohol, you might even get away with vocalizing a few “Hail Odins,” without causing much of a stir (best not to try this in the South). Or, try “Hail Santa.” It comes to the same thing. (Best not to try this in the South either, since Santa is an anagram of Satan.) What to do with that gravy they made that you really, really didn’t need on hand to smother over your other carbs? Take it, in its little damned boat, into the back yard and dump it out for the land wights. But please have the good sense not to tell anyone that’s what you’re doing. (Unless you live in a pagan household, in which case you’ve already thought of the above.)

Problem solved. Now Thanksgiving has suddenly become interesting. Only one difficulty remains: What the hell do we have to be thankful for? Need I treat you to a litany of all the things wrong with the world? No, if you’re reading this website you have probably been driven here by an intense awareness of all those things. But there is much that is right, and going well. Let’s start with the simple things. You have your family and friends around you. As problematic as they might be, you’d be worse off if you were alone. If you have children, you can be thankful that your line will (probably) live on. Be thankful for your health. For your house. For sunsets. For clowns. For beanstalks.

Let’s be thankful for all the liberal tears that have been shed over the past year about Twitter, the Supreme Court, Ron DeSantis’s brilliant Martha’s Vineyard troll, and much else. True, it would be better if we were drinking mead out of their skulls, but good things come to those who wait.

I’m thankful for Viktor Orbán and the rise of the Right in Eastern Europe. They may turn out to be the last, best hope for Western civilization.

I would be especially thankful if the Biden administration would jail Donald Trump to stop him from running in 2024. That would be a real win-win situation for all of us.

I’m thankful that the Covid bullshit now seems to be over and done with (unless you live in China). Here in the South, just about the only people you ever see wearing masks are black folks (and half the time the masks are dangling under their chins).

Now for some odds and ends. I’m thankful I live in a world that includes: Wagner and Bruckner; Wardruna; authors like Julius Evola, René Guénon, Ernst Jünger, Yukio Mishima, Alain Danielou, Mircea Eliade, and Edred Thorsson; Asatru, and the runes, and Old Norse; Arcana Europa; Arnold Fanck and Leni Riefenstahl; Fritz Lang and Veit Harlan; Hitchcock, Kurosawa, and Bergman; The Prisoner; my dogs; my jacuzzi; my anthology, The Importance of James Bond and Other Essays, even though only about seven people have ever bought it; Plato, Aristotle, Kant, Hegel, Nietzsche, and Heidegger (especially Heidegger); Yule (my favorite time of the year); my fake fireplace; D. H. Lawrence and T. S. Eliot; H. P. Lovecraft; my novel Heidegger in Chicago, even though fewer people have bought it than my anthology; vodka; lava lamps; Above Time Coffee Roasters; cheese; and weed (not sure if Greg Johnson will let me get away with that one).

Finally, I’m thankful for you: my faithful readers. You give me a reason to cut my hair short and trim my fingernails. I will say a great “Hail!” to you at my pagan Thanksgiving feast. In 2020, our annus horribilis, with its triple whammy of Covid, BLM, and the stolen election, I felt like all the wind had been knocked out of me. I wanted to say something but didn’t know where to begin, things just felt so hopeless. And then I took early retirement from my job and moved to a Red State — something else I am truly thankful for. But retirement proved to be more of an adjustment than I was expecting. This is why you haven’t heard much from me lately. Now, however, I feel like I am getting my mojo back and am ready to write again. Attending the recent American Renaissance conference seems to have helped a good bit.

I invite you to make your own list of things you are thankful for. This is a useful exercise, at any time of year. (I actually do it about once a week.)

Author’s Note: This essay originally appeared on this site in 2017. It has been revised and updated to reflect the world’s current state of decay, as well as my own.