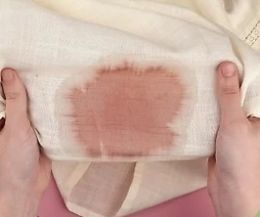 Well, there was no “Red Wave.” It hardly even qualified as a Red Spurt.

It wasn’t a sweep. It wasn’t even a light dusting. This was the puniest “reckoning” in electoral history. This would have been an uncharacteristically meager midterm pushback even during relatively normal times.

In 2010, when the Tea Party was a thing, the GOP gained 63 seats during the midterms. In 1994, Republicans gained 54 seats. And that was when Democratic presidents such as Barack Obama and Bill Clinton enjoyed much higher approval ratings than the cadaverous Joe Biden does.

Due to this odd new phenomenon where vote-counting isn’t finished on Election Night, all I can say is that as of this writing, the GOP has gained a piddling six seats in the House and lost one Senate seat. The Senate’s true composition won’t be decided until December 6, when two blockheaded black men who don’t represent my interests in the slightest have a runoff election here in Georgia.

Assuming there was not widespread voter fraud — a huge assumption to make, as I tend to assume that every election involves widespread voter fraud, only I’m not such a blind partisan that I assume only the “other” side does it — voters ignored monster inflation, skyrocketing crime, complete loss of public trust, FBI overreach, COVID gaslighting, the most inept president in American history, and a looming nuclear war to shuffle off to the polls and vote for business as usual.

Oh, and the giant new sun-eclipsing tsunami of “based zoomers” who were going to set America back on the right path and correct all the previous generations’ selfish blunders like a self-appointed squad of moral chiropractors? Surprise! Zoomers are the ones who saved the Democrats on Tuesday night. By far. 63% of those aged 18-29 supported Democrats. There probably would have been a healthy-sized “Red Wave” if the voting age had been raised to 30.

Maybe half the country will never see things the way the other half does, and all the voting in the world won’t fix that.

Neither party has ever managed to reduce the public debt by a penny. The US dollar is rapidly losing its foothold as the world’s reserve currency. The US population is so diverse that it’s impossible for us to ever get along as one nation. These are problems that go way beyond Republicans and Democrats.

But democracy is self-sustaining because it keeps promising you that positive change will happen so long as you vote one more time. Maybe “democracy” is set up so that nothing really changes and no one ever feels satisfied. Has anyone ever stopped to consider that if politics got us into this situation, politics is not going to be what gets us out of it? Maybe the country isn’t too big to fail, it’s too big to function.

And even if one side had won decisively, would it stop the coming economic crash? The looming global hot war? The hopelessly complex demographic petri dish that still calls itself a country? Would it accomplish anything beyond making the members of one “team” feel temporarily better?

One thing is for sure: Everyone will have an opinion about it. And nearly everyone’s opinions will be shallow and uninformed.

So here are my admittedly inch-deep and clueless hunches about what happened Tuesday night:

What I witnessed this election cycle were rabid Christian nationalists clashing like stag beetles with the demon prophets of wokeness, both sides oblivious to the fact that neither “degeneracy” nor “hatred” is our biggest problem. You had bitter, screeching, clenched-anus moralists on both sides screaming cancerous bile at one another and promising that if their side won, they would purge all the evil people on the other side and establish a Thousand-Year Reich of Goodness.

The election results put lie to this idea that optically pure, family-focused, Bible-based, morality-obsessed, cultural traditionalism is the inevitable wave of the future rather than a sad relic of an irrevocable past. If being woke is a bourgeois luxury, maybe “owning the libs” is an equivalent trifle. People who actually have to scrape for their next meal don’t care much either way about such things. Most people would rather have empty church pews than bare supermarket shelves.

Maybe it will finally take thousand-dollar hamburgers for people to realize how shallow this culture war really was.

On the Right, it seems as if some strategist in a smoke-filled backroom decided that Critical Race Theory, stampeding anti-whiteness, preschool gender-reassignment surgeries, COVID gaslighting, and state-mandated anarcho-tyranny could only be beaten with brazen acts of competitive humorlessness, counter-fanaticism, and Manichean simplemindedness. Their brilliant counterattack was to merely swap out the Left’s pet projects with pedophilia obsessions, sexual panics, Satanic scares, and empty, pseudo-patriotic corniness. They are bores, the lot of them, all across the spectrum.

Maybe everyone should have talked about the economy more, huh?

If you don’t have a child that you’re personally dragging to Drag Queen Story Hour, the issue likely won’t directly affect you, no matter how repulsive the idea may be to you in theory. But if the fact that workers are essentially obsolete in America’s shiny new high-tech progressive global economy means you’re trudging to Dollar Store for your basic foodstuffs, that will directly affect you both physically and emotionally. It will demoralize you to the point where morality doesn’t seem so important.

Another thing you might have noticed this election cycle is that neither “side” really talked about economic issues beyond “inflation is bad.” I don’t recall anyone convincingly arguing, “Here’s how we’ll fix it.”

MAGA 2022 bears only a faint resemblance to MAGA 2016. I still believe that it was Trump’s economic nationalism that gave MAGA’s 2016 iteration its energy. But the “movement,” if one dares call it that, seems to have ditched the economic nationalism for dark conspiracies, moral hysteria, and stale pandering to every racial group except whites. Maybe that’s why they didn’t perform so well this time around?

The economic situation for average Americans is far worse than any Republican megadonor would ever need to realize. People who are doing fine economically don’t seem to focus very much on economic issues, do they?

The economy’s inevitable implosion is a much bigger issue than either drag queens or racial microaggressions. I apologize for piercing the rancid little bubble of seethingly incurable moral outrage in which so many of you have willingly encased yourselves over the past few years, but eating is more essential to human survival than constantly reassuring yourself that you’re a good guy who’s on the good side.

Nothing will improve until everyone pulls their heads out of the clouds and keeps their feet firmly planted on the ground.

« Some Thoughts on Fate

» The Republican Party Must Perish