The Central Issue of Our Lives: Five Essential Books on Military History 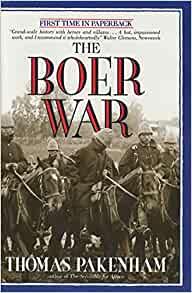 Studying military history is entertaining and practical. You might not be interested in war, but war is certainly interested in you. On September 10, 2001, I was expecting to spend as much free time as I could hunting that autumn, but by mid-morning the next day I was focused on training for a real war.

War is often the summit of achievement, be that an achievement of a national leader, a nation, or an individual. President Truman did a great many things, but what people remember of him was that he was an Artillery Captain in the First World War and the Commander-in-Chief during the end of the Second. He likewise presided over much of the disastrous Korean War and the beginnings of the Cold War.

To follow up on this idea, go to any graveyard in the United States and you will find a great many veteran’s tombstones with name, rank, regiment, and campaign. If there is not a veteran’s tombstone over the grave of a veteran, there is usually some other marker indicating that the deceased spent some time “over there.”

At least to a degree. Many of those veterans’ tombstones have titles like “Father and Grandfather,” but even this is telling. Going to war can be as important as raising a family. Studying past wars can be a window into what made your grandfather tick. It can tell you why he disliked even the thought of a Chinese restaurant in his town.

Victor Davis Hanson said it best: “Whether we like it or not, the central issue in our life is whether we are going to have a war. Therefore, studying military history is, in essence, an attempt to prevent it, or at least ameliorate is catastrophic effects.” Several good books about war are listed below. I’ll warn you, though: No war is entirely like the last. Soldiers that knew everything about the Civil War felt they had a difficult time translating their knowledge of how Stonewall Jackson had turned the flank of the Union Army at Chancellorsville into anything productive in Iraq.

With that in mind, what are some good books about military history? Here are five, along with references to smaller books that back up points made in the featured book.

This Kind of War: A Study of Unpreparedness by T. R. Fehrenbach (1963). Fehrenbach served in the Korean War. I am uncertain which unit he was in, and he never wrote about his service. I heard he was on the staff of the 2nd Infantry Division, which would have put him in the thick of things, but I don’t know if this is true. Fehrenbach does center his narrative on that division, though. At one time this book was considered the definitive study of the Korean War, but other historians have come to see it as a diatribe in which soldiers try to pin the blame for the war’s unsatisfactory end on others.

Nonetheless, this book is an outstanding study of the conflict. Fehrenbach describes the hasty decisions made by mid-level staffers in Washington, DC at the end of the Second World War which led to the division of Korea. Then he describes the increasingly aggressive and focused activities of the North Korean army while the Americans and South Koreans were focused on other matters. The Americans had also frittered away any military advantage that they had had. The massive force built for the Second World War was demobilized and new weapons were not manufactured, especially for the infantry, and there was little serious training for new troops. Fehrenbach likewise looks the racial problems that were becoming a menace by 1950 square in the face.

For better or worse, America does manufacture serious military hardware these days even in peacetime, so a case can be made that Fehrenbach laid the metapolitcal foundations for the military-industrial complex and the national security state.

Another good book related to social, political, and military unpreparedness is 1962: The War that Wasn’t by Shiv Kunal Verma (2016), about the 1962 Sino-Indian War. I found the account of the fighting dull since I know through experience that digging a foxhole sucks and sleeping in one sucks even worse, but this account of the political decisions made by the Indian government prior to the conflict is absolutely fascinating. One can see in Verma’s excellent account how ideology — in this case anti-colonial theory — ends up clouding the thinking of otherwise well-meaning national leaders.

Elvis’s Army: Cold War GIs and the Atomic Battlefield by Brian McAllister Linn (2016). This book takes a look at the US Army between the end of the Korean War and the Vietnam War. In it you discover why the US military hasn’t been winning wars for the past 75 years. Linn makes the case that the Vietnam War was lost due to military theories that had been cooked up during the Eisenhower administration.

The Army embarked on a reorganization scheme in the 1950s to fight on an “atomic battlefield.” It reorganized its regiments into “pentomic battle groups” that were thought to best way to deal with a nuclear World War III. Despite all the hype, it turned out to be a big dead end. The officer corps was staffed with green second lieutenants and many lieutenant colonels from the Second World War awaiting retirement. Middle ranks of officers were in short supply because they got out of the service as soon as they could. Of the enlisted men, the smartest got out after doing the minimum time, while those who reenlisted often had no prospects and were in lower IQ categories. This book also looks at the racial problems of the time, but it offers no real solutions. The military culture of flim-flam and papering over problems is shown in depth.

Crusade: The Untold Story of the Persian Gulf War by Rick Atkinson (1994). This is a compelling work about America’s splendid little war that occurred during the end of the Cold War. What you get to see in this book is how a well-functioning military machine works when it is set to carry out an achievable mission. If the military decisions made during Elvis Presley’s enlistment in the 1950s were bad, it is clear that the military decisions made during the 1980s were good. The way in which Americans prepared for war after the Fall of Saigon can be found in Robert Scales, Jr.’s Certain Victory: The U.S. Army in the Gulf War (1994).

The Boer War by Thomas Pakenham (1991). We still live in the shadow of the Boer War even more than that of the two world wars. The fallout from that conflict effects one’s daily life — even in America — more than any other conflict except for the Civil War. The Boer War was the twentieth century’s first decolonialist war. But instead of being fought by native tribesmen backed with Soviet money and weapons against the army of a bankrupt imperial power reliant on a fickle United States, this war pitted a ragtag group of white guerrillas against the British Empire at the apex of its power and prestige. The war got ugly fast, and this book takes a look at how it went with dispassion and objectivity.

The most tragic fallout from this conflict was incredible enmity between the Anglos and the Afrikaners in South Africa, which then spread throughout the English-speaking world. The conflict also marked (or created) a divide between fundamentalist and non-fundamentalist Protestants. And for their part, while two groups of Nordic whites with many similarities fought it out on the South African veld, sub-Saharan Africans gained considerable political and social advantages. You could say that the Boer War helped array well-meaning whites against each other, while Christianity was replaced with Negro-worship.

Sir Arthur Conan Doyle of Sherlock Holmes fame likewise wrote an excellent account of the conflict, but it isn’t nearly as good as Pakenham’s. Two other books need to be mentioned as well. The first is The Defense of Duffer’s Drift by Ernest Dunlop Swinton. In that book, Swinton describes how a new platoon leader was tasked with defending a ford from irregular Boer troops. The new lieutenant’s potential problems are laid out in a series of dreams in which his defensive arrangements are defeated by the Boers until he comes up with the correct defensive position.

Another is An Army for Empire: The United States Army in the Spanish-American War by Graham A. Cosmas (1998). This book is not about the Boer War, but that conflict is in the background. It is about America’s imperial war aimed at capturing the Spanish Empire’s remaining colonies. If the Boer War went badly for the British, the Spanish War went very well for the Americans — sort of. Its problems ended up being the organizing of transports, arming and training new soldiers, and basic logistical efforts such as digging and using field latrines.

Should one get involved in a war, one will very likely not experience a glorious advance across no-man’s land with fixed bayonets toward an entrenched enemy. Rather, one’s experience will most likely occur along the parameters described in The Defense of Duffer’s Drift and An Army for Empire. One will be put in a position where new tactics and weapons will be in play and everything will be unfamiliar and new. In the case of the Boer War, this could have been a British platoon’s defense of a ford against horsemen who knew the terrain and who were armed with super-accurate magazine rifles. Or, one could have been part of a team figuring out how to manage recruiting, weapons issuing, food shipments, and sanitation for a camp.

History of the Peloponnesian War by Thucydides (404 BC). This is a masterpiece of military history. It is an account of a dreadful war between Athens and Sparta. Thucydides describes the strategy and motivations of the various belligerents with the idea that human nature is an unchanging constant. One can therefore see that the actions and reactions of Athens and Sparta are recreated in other places and times. (Was the Vietnam War during the Cold War like the Ill-fated Athenian invasion of Sicily during the Peloponnesian War?) An easier-to-read account of this war is A War Like No Other: How the Athenians and Spartans Fought the Peloponnesian War by Victor Davis Hanson.

So read up. War stories are usually engaging, and they will go a long way toward explaining why the situation in South Africa or Korea is so poisonous. You’ll also get a good handle on when bad things are about to happen — such as the war in Ukraine. However, events are always moving. The fact that one’s grandfather was in a victorious army doesn’t mean that all will go well for you should you be called up for some foreign duty.

« The Central Issue of Our Lives: Five Essential Books on Military History

» Counter-Currents Radio Podcast No. 486 The Golden One Offers White Pills on the Swedish Election