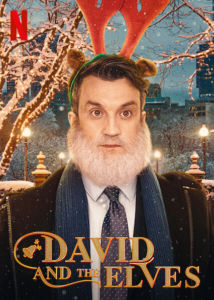 As most of us are probably aware by now, Curtis Yarvin has dropped an article titled “You Can Only Lose the Culture War.” Some have gone so far as to call this “Yarvin’s bomb” — quite the bomb drop, indeed, which has kicked the hornet’s nest of the Dissident Right.

The article’s gist is as follows: America is divided, roughly speaking, into hobbits and elves. The hobbits are the nominally conservative rural people and suburbanites who just want to be left alone and grill, while the elves are the urban elite who rule the United States through the Cathedral, a system of mind control which constitutes the media, education apparatuses, and government, most especially the State Department.

It is not hard to see that there is some truth in this statement, and this distinction is essentially the crux and assumption upon which Yarvin’s theory hinges. He writes that hobbits can never rule because it is not in their nature, while elves must always be in charge. The problem with modern Western society is not that elves rule, but that they rule poorly. In his mind, it is necessary that there are “dark elves,” natural elves who disagree with their fellow elven brethren and prefer the policies associated with or otherwise pity the hobbits, and wish to set them against the current power elite. The conclusion of this reasoning is that the hobbits should stop trying to get involved in elven matters and allow the dark elves to subvert the elven elite.

It is not difficult to see why this article would get the Right into a fuss. The truth hurts. The average conservative by nature doesn’t care about such matters that much. He might complain about the state of the world or mindlessly drone on about some stupid scandal that does nothing to further his own cause, but it is very rare that he stands up for himself. And when he does, it is usually in the form of a disorganized rabble led by attention seeking, middle-aged women wrapped in colorful flags. This is all true. However, when looked at in context, Yarvin is less coherent.

Yarvin has in the past likened himself to Joseph de Maistre, describing himself as a naturally liberal and reason-minded man who sides with the forces of order and reaction as opposed to progress and chaos. And yet it is never really clear where the distinction lies between his “elves” and “hobbits.” I intuitively read elves as the urban elite class, specifically Jews and philo-Semites in certain key sectors, while hobbits are the working and middle classes of conservative whites. It doesn’t help that Yarvin displays a willful ignorance of the Jewish question in this essay, and the fact that elves were depicted as Jews in an anti-white, anti-Christian, subversive Christmas movie this last winter (David and the Elves).

But what about the prospective counter-elite of the emergent intellectual Dissident Right, one of the most well-educated, well-off, and informed blocs of people in the country? And what of the Leftist dregs, the lumpenproletariat? Perhaps these are the orcs hinted at? And are we really to believe that the lumpenbourgeoise behind the Starbucks kiosk should be likened to a prospective elite, and we simple hobbits are digging around in a hole? Yarvin does not make this clear. Seeing as how he identifies with the “reactionary” label, I view this as his saying that the reactionaries are the dark elves and the conservative MAGAtards the hobbits — but, given the way this essay was written, I simply don’t know if that is what he meant.

Little of what I have relayed from Yarvin’s article so far is false. And yet, in proper Jewish fashion from Marx to Rand, Yarvin’s critiques are enlightening and inspired, but his answers to these problems wholly miss the mark. He likens the Right to a beaten and battered housewife who has three options: change the husband, find a new husband, or leave the husband. The first option is difficult, the second less so, and the last seems on its face doable, and is the option Yarvin recommends. To an extent, I have also recommended something similar to this. However, to “live as an expat in one’s own country,” as Curtis has long recommended, is simply spiritually impossible for someone who is not a diaspora Jew (or some similar minority, such as perhaps an Armenian) or deracinated cosmopolitan urbanite. Believe me, many of us have tried. Again, excellent critique, but no real synthesis.

None of this, however, is an indictment of the vanguardist strategy of elitism as opposed to foolish rabble-rousing populism — populism being but one tool in the toolbox of a potential rival elite. Anyone capable of taking off their romantic rose-colored lenses with which they gaze at their kin know that the majority of people — and this has always been the case — might as well be robots, if we are talking solely about the realm of politics. A great awakening simply cannot occur unless an elite tells the masses to wake up, or they are forced via strife and scarcity (i.e., a return to nature scenario) to accept the world’s realities — and in the latter case it would likely be a minority who actually wake up in a civilization as decadent, programmed, and demoralized as our own.

It is only after their own country has been destroyed and looted that white people have even begun to wake up, and most have still hardly taken this philosopher’s stone we call the “red pill.” Further, as long as there is a 90% white suburb that they can move to, they will happily continue to be race-blind classical liberals. This reality, as well as Molyneux’s famous line that “the time for arguments has passed,” therefore work hand-in-hand. The time for arguments has passed because the masses cannot learn in their current environment, and it is the task of a vanguard to rise to the helm of the ship of state to once again shepherd the flock back to reality.

Just because elitism remains relevant, as always, and that Yarvin is firmly in the elitist camp hardly means that he is therefore on the right track with this take. As for the dark elves — which again, Yarvin must explain further — it is up to them to subvert and win over the hearts and minds of the rest of the elves so that they are able to seize power from the corrupted high elves. But Yarvin, a key founder of the NRx movement, should know better than anyone else that this is not feasible due to the force of bioleninism: that is, the idea formulated by the NRx blogger Spandrel, namely that the Left-wing coalition is glued together by the common cause of inferiority, insecurity, and therefore reliance on institutional power, resulting in Muslims, tranny abominations, obese people, and blacks going to bat for institutions like Harvard, Goldman Sachs, the State Department, and the Open Society Foundations.

There is no paternalism, no noblesse oblige among these so-called elves. How can we expect to win over this elite when our goals mean the dissolving of their parasitic position and the elimination of their prestige? How can we win over people through good will and “facts and logic” when the elite have given up the pretense of neutrality, benevolence, and even reason long ago? Besides, reason is just white man’s mumbo-jumbo, doncha know? How can we infiltrate a bureaucracy whose only purpose is to transmute the energy of psychopathic subhumans who get off on having control over their betters into political power? Yarvin has perhaps picked the worst time in human history for such a prospective power heist.

There is also the fact that we have no respect for these fallen elites, especially those of the midwit bureaucratic class. They have lost the mandate of Heaven, and we detest the idea that someone who is stupid and impressionable enough to still believe this drivel over the age of 30, as it results in pandemonium before all of our eyes. How could such people ever have any dominion over us, even if they did eventually change their minds? We don’t want to be ruled by estrogen-emanating quasi-aristocrats, these big-nosed elves at their cocktail parties with their soft hands and snake-like behavior.

The result of Yarvin’s strategy would simply be to trade one Jewish occupational government for another, one which fits in with his political idea of neocameralism: a techno-capital-controlled, ancapistan-like regime where Silicon Valley types will rule with an absolute hand (but don’t worry, somehow it will be based, I promise!). This is hardly what we on the Right want, whether it be the hobbits of the Shire or the prospective counter-elite in training. What we want is proper order, not order in and of itself. We are not the foolish tyranny-worshippers like Richard Spencer and many of the Third Reich fetishists of yesteryear. What we wish for is an order centered on the eternal principle — what Christians call the Logos, what Easterners call the Tao or Brahman, and what Western pagans and esotericists have called “the Absolute.” The trading of one set of bureaucrat-merchants for another is hardly a step in this direction.

The order we wish for is organic and free of intellectualisms or abstractions. It is not achieved by attempting to revivify a corpse, but by using its flesh as the primal sustenance towards a fledgling Weltgeist.

« Counter-Currents Radio Podcast No. 471 Ask Me Anything with Greg Johnson & Mark Collett