The Freedom Convoy & Its Enemies 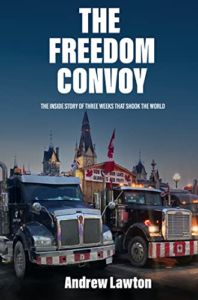 Andrew Lawton
The Freedom Convoy: The Inside Story of Three Weeks that Shook the World
Toronto: Sutherland House, 2022

Andrew Lawton is a senior journalist with the Canadian conservative news website True North, founded by Candice Malcolm. Lawton has written a detailed account of the trucker protest that took over the streets of Canada’s federal capital, Ottawa, for three weeks in the winter of 2022.