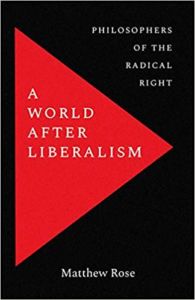 Countless books and articles have sought to explore the “Alt Right” over the past five years. Most amount to little more than point-and-sputter journalism, expressing horror in every paragraph that people would dare to believe such things as we do.