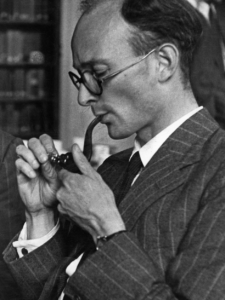 To get a better sense of what the Left is all about with the relentless labeling of any and all opposition as “racist,” “fascist,” “proponents of hatred,” etc., and to try to understand how language in the service of ideology has become so corrupted, it might be helpful to consider the notion of “performative utterances” (hereafter, performatives) as developed by J. L. Austin, a British language philosopher from the last century.

From: How to Do Things with Words, ed. J. O. Urmson and Marina Sbisá. Cambridge: Harvard University Press, 1962.

Here is how Austin explains the nature of “performatives.”

Utterances can be found. . . such that:

They do not “describe” or “report” or constate anything at all, are not “true or false,” and

The uttering of the sentence is, or is a part of, the doing of an action, which again would not normally be described as, or as “just,” saying something.

[A “performative”] is derived . . . from “perform,” the usual verb with the noun “action”: it indicates that the issuing of the utterance is the performing of an action. . .

Performatives, as Austin explains, are not, logically speaking, propositions, that is, assertions that can be shown to be true or false. They do not attempt to describe the world or to affirm or deny some aspect of reality. They are “utterances,” actions that change the social world. Austin gives a number of examples, but let me offer a couple to demonstrate the point.

A minister or priest performs a marriage ceremony and at the conclusion utters, “I pronounce you man and wife.” A judge at the conclusion of a trial says to the defendant, “I sentence you to ten years at hard labor.” Neither the minister nor the judge with these sentences describes the world; their utterances are socially sanctioned actions that change human relationships. Now married, the couple has a different social status. The man and woman are viewed and treated differently, view themselves differently, and have different roles, expectations, and obligations than they had before the performative was made. Likewise, by virtue of the judge’s performative utterance, the accused now becomes a convicted, penalized criminal who is viewed and treated differently than before the judge spoke.

How then does this notion of performatives apply to the current efforts of the cultural Marxists to control and manipulate public perceptions of politics and morals? The left dissimulates with the malicious use of performatives. Performatives masquerade their rituals of shaming and denunciation as demonstrable true propositions or assertions about reality. While the social justice warriors seem to be about describing someone or something, what they are really about is acting to demoralize and ultimately de-legitimate the status of those with whom they compete for power or who resist their incursions into their lives. As employed by the Left, these performatives do not inform; they deform people who refuse to conform. SJWs use performatives as weapons to destroy those whom they perceive as morally inferior beings, their enemies. Think of Hillary Clinton’s horrific “basket of deplorables” slur during her Presidential campaign, by far, the most memorable of any of her campaign speeches. Her remarks were not a description of the referents, but an act of social banishment. “They [the “deplorables”] are irredeemable, but thankfully they are not America.” “Thankfully” is an emotive intensifier that works to arouse revulsion and disgust.

How, specifically, do these weaponized performatives work? Let’s take the word “fascist,” which forms the core of “Antifa,” (“anti-fascists”), what the self-anointed, rampaging shock-troops who make war on “racism” proudly call themselves. Being a “racist” is more or less the same as being a “fascist” — linguistic precision is not much of a concern for the Left. Thus, “You are fascist” or “You are a racist” by an Antifa member means that comrade Antifa can assault you with no legal consequence. Because? You are a very bad person — “not part of America.” That’s as precise as it gets.

How this works, grammatically, is that the accuser appears to be asserting the truth of some feature of reality, but is really conducting a well-established social ritual that alters your social status in two mutually reinforcing ways. First, it elevates the speaker’s social status as a morally superior and courageous person who recognizes evil and stands far above and against it. The speaker becomes immaculate — morally and legally. If the accused is equivalent to Hitler, then it is morally imperative and legally permissible to destroy him.

Second, moral polarity comes into play and the “authority” of the accuser is established and recognized. Antifa appears to have achieved informal and de facto recognition by the ruling class, and immunity from legal sanctions against criminal behavior such as assault. Hence, the “mostly peaceful demonstrations” used by the likes of CNN to describe rioting, arson, and assault.

In the hyper-moralized universe of the 24/7 MSM new cycle, we are constantly admonished to understand that very good people must be opposed by very bad people. What catch-all word seems to work best to capture all those malignancies associated with the villains who occupy the imaginations of the folks who write the opinion columns in the New York Times and who blabber on CNN and MSNBC about bigotry, intolerance, sexism, homophobia, racism, etc.? “Fascist” works very nicely. There is, of course, no room for Fascists anywhere in “our democracy,” as they like to say (“our democracy” being their euphemism for “our invitation-only clubhouse”).

Wrenched from its historical, political moorings, “fascist” is so vague and protean that it is descriptively useless. Bearing only vague, emotional associations, it has been stripped of its referents, and thus serves as an all-purpose, expandable-contractible label for prospective targets who may pose as obstacles or irritants.

Once upon a time, there were real flesh and blood fascists, people who were recognized as such because they actually called themselves “fascists,” dressed up in black shirts, took power for a time, and talked about how great fascists were as compared to the decadent bourgeoisie. As we know, things turned out badly for them, and Benito Mussolini, the man who brought fascism to the world, ended up as a battered corpse hanging upside down from a steel girder above a gas station in Milan next to his mistress Claretta Petacci in 1945. Two days later, Fascist El Supremo Adolf Hitler blew his brains out in a bunker in Berlin.

That marked the end of fascism as embraced and practiced by people whom everyone, including themselves, recognized as fascists. As an ideology and a movement, it had attracted a mass following. Stalin, no slouch himself at mass murder and brutal repression, with generous assistance from Franklin Roosevelt, had turned “fascism” as political philosophy and movement into history: a history of losers. The rape of hundreds of thousands of German women by the Red Army as they made their way to Berlin, you might say, was an exclamation point on fascism’s endgame.

Between the Nuremberg show trial, the Allied denazification of Germany, and the Sovietization of eastern and central Europe, it was soon obvious that being a fascist was not a good career choice.

Still, “fascism” was far from over. It was Joseph Stalin who recognized the mobilizing power of the word “fascist,” and fashioned an abstract, malleable “fascist,” introducing a being, unlike Mussolini or Hitler, immortal and ubiquitous (Leon Trotsky was “baptized” by Stalin as one). Fascists who populated the Stalinist universe could only be contained by their antipodes, thus, “anti-fascist,” like the more recently conceived “anti-racist,” words that endow one thus designated with a heroic moral invincibility. The anarchists during the Spanish civil war who raped and murdered nuns and burned down churches were anti-fascists and thus forever remain vanquished heroes. Our very own Antifas who attacked and beat up real peaceful demonstrators at Charlottesville and rioted after the mass hysteria of George Floyd’s demise were lauded predictably by Nicholas Scylla Kristof and Mitt Charybdis Romney as opponents of bigotry and hatred. “Fascism” remains an existential fictional enemy to “our” fictional “democracy.”

Stalin’s “fascist” was the gift to the Left that keeps on giving. Every generation of Leftists since his demise has happily and eagerly attached it to whomever displeases them, most recently Donald Trump and his supporters.

“Racism” works in tandem with “fascism.” “You are a racist” is a weaponized performative camouflaged as a descriptive, yet another one of the expulsion rituals that render the accused “untouchable” while confirming the impeccable moral credentials of the speaker. Like “fascist,” “racist” has migrated from being a word that once perhaps referred to real and distinguishable features of someone to a slippery, nebulous abstraction that means whatever the speaker wants it to mean. This is why “racism” which has risen to the heights of a raging moral plague has of necessity been metastasizing into various strains such as, “covert racism,” “legacy racism,” “economic racism,” “environmental racism,” and the current “systemic racism.” There is no relief, no escape from it; with this, the Left is refereeing a game of whack-a-mole that never ends.

No one today accused of racism can prove the accusation to be false. This means that the accuser cannot be held accountable, and because of this, as long as the threat of being accused of racism is widely and commonly resisted and feared, the Left will use it with increasing recklessness and indifference to whatever damage it does. It has worked to perfection for them; whenever the threat goes down, the white flag always goes up. So, it is a near-certain prediction that the racism that plagues the West will continue to mount toward epidemic proportions.

Austin’s “performative utterances” should help us to understand that for the Left, politics in all of its manifestations is war with no Geneva Convention-style restraints. Unconditional surrender is the end game. For them, there is no compromise, no loyal opposition, no notion of fair play, nor rules of a civil society that limit what the players should do. We are the enemy. We need to act like their enemies.

» Toward A New Era of Nation-States, Part VI: The Will to Power as a Governing Principle