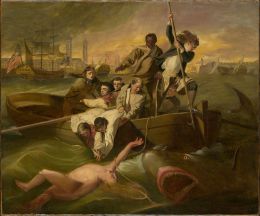 Lipton Matthews over at Taki’s Magazine is giving White Nationalists some advice, and I think we’d better sit up and listen. In his essay “Cultural Whiteness,” he tells us we should stop being White Nationalists and instead view whiteness as a “philosophy of progress.” In other words, we should push for a society that is “culturally white,” but racially not so much. With such an attitude adjustment, according to Matthews, White Nationalists would be able to include many worthy non-whites under our big, white umbrella, and then, with sufficient funding, begin our long march back through the institutions towards the great, shining non-white white ethnostate we all dream of.

If you haven’t figured this out by now, he’s basically selling us stale old civic nationalism while keeping the tincture of race in the branding to help it go down smooth. He’s sort of like a Boy Scout showing up at your door and attempting to sell you a candy bar by sharing its nutritional information.

Matthews starts out by justifying the need for white identity and discussing the double standard that allows non-whites — but not whites — to act in their racial interests. He argues that even if non-whites were merely protecting themselves within an inherently racist society, this double standard is still wrong. We are all tribal creatures with the right of association. Whites should be able to protect and celebrate the culture they and their ancestors created — that is, Western civilization, the greatest and most progressive civilization in history. “It is preposterous to acknowledge the rights of other races to celebrate their culture but chastise whites for doing so,” Matthews informs us.

Okay, so far so good. This is as fine a place as any to start one’s epic journey to Whitemanistan — although it is quite precious that Matthews feels the need to prove that non-whites form up along racial lines and beat their chests a bit. You know, as if there were any doubt. He offers the Chinese Consolidated Benevolent Association as an example just in case any of this stuff has slipped past the oblivious White Nationalists he hopes make up his readership.

He then reaches a crescendo in his fourth paragraph:

If white Americans were to start a group to ameliorate the conditions of working-class whites, without a doubt charges of racism would be leveled against them. Unfortunately, the dehumanization of white people has support across the political spectrum. Suggesting that all races apart from whites can have interests is to rob them of agency, thus relegating them to a subhuman state. As such, white nationalism has never been more relevant.

Hey, hey! Now we’re cooking with oil. Did Taki form a secret pact with Greg Johnson that we don’t know about? Was Taki’s daughter bowled over by The White Nationalist Manifesto and is now steering the site in a bold new direction? Is Taki’s Magazine now actually promoting White Nationalism?

Yeah, well, about that. Here’s where Matthews takes his inevitable Left turn and veers away from anything truly dangerous. Not that I blame him, of course. I presume he’s using his real name, while I certainly am not. That being said, however, Matthews argues himself into a hole he cannot easily climb out of. Instead, he scrambles uselessly in the dirt while explaining how, in the face of the aggressive anti-white tribalism, whites should just abandon whiteness as a biological fact and embrace it as a concept so that other races can embrace it as well. How any of this would be good for white people in the long run is anyone’s guess.

First we have this advice:

White nationalists in America should not see themselves as a vanguard of a local white nationalist movement, but rather defenders of the Western intellectual tradition of which America is the greatest exponent.

Way ahead of you there, boss. We’re kind of already doing that. Check out Richard Houck’s “The Hierarchy of Culture” for a good primer on this.

Then Matthews endeavors once again to prove the obvious, bless his heart:

Western culture is indeed unique. As historian Toby Huff illustrates in his book Intellectual Curiosity and the Scientific Revolution: A Global Perspective, many places had brilliant thinkers, but only the West was dynamic enough to produce sustained intellectual revolutions that fundamentally transformed the globe.

Yeah, thanks. We know this already. One wonders if Matthews would be even more impressed with white people after reading The Uniqueness of Western Civilization by Counter-Currents contributor Ricardo Duchesne. Then, after admitting that the West is a “predominantly white civilization” (thank you for that), Matthews lowers the boom:

Some white nationalists envision a white ethnostate, but this is an exercise in futility. White Americans are not very ethnocentric, so there will always be white people who are willing to violate the rules of the white ethnostate to accommodate other races.

Where to begin? First of all, if you’re going to poo-poo something that most of your readership takes dead earnest, you’d better come armed with something a little heftier than two sentences. Otherwise, you might appear a bit, shall we say, shallow. A 400-page book entitled Why All White Nationalists are Losers complete with footnotes, index, and a ten-page bibliography would preferable to this. Matthews should peruse Ron Unz’s “The Bankruptcy of White Nationalism” if he cares to do more than just dabble with this sensitive topic.

Secondly, to prove that whites are not very ethnocentric, I was hoping he would link Kevin MacDonald’s Individualism and the Western Liberal Tradition, but instead we get a Pew Research article which is really about high levels of black ethnocentrism. But it does feature a graph that shows that only fifteen percent of American whites see that race is a major part of their identity (as opposed to much larger percentages from other races). 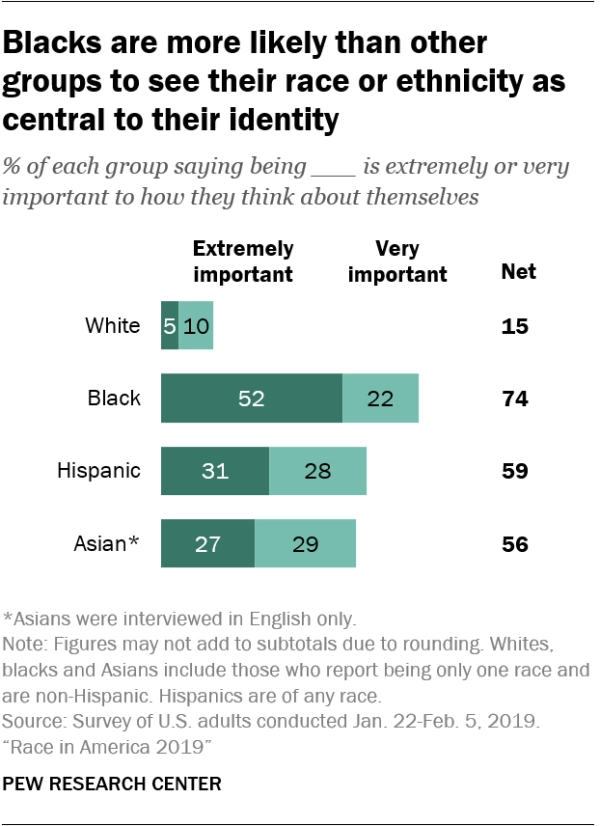 What Matthews doesn’t mention is that, since whites are vindictively penalized these days for expressing any kind of pro-white racial awareness, they have motivation to lie to pollsters. Why tell a stranger what you really think when such an admission could cost you your career? There’s a good chance that this percentage is higher than what we are seeing here. Despite its multitude of flaws, the data in Ashley Jardina’s White Identity Politics actually support this notion. Further, we should always remind ourselves that white ethnocentrism was much stronger in the past and is unfairly maligned today. Given how traffic to sites like Counter-Currents has risen dramatically in the last year (despite a spate of deplatformings and loss of its credit card processor), it looks like it’s beginning to rebound.

Matthews also mentions “the rules of the white ethnostate.” Rules? What rules? Does he presume that a white ethnostate must be one hundred percent white? Where does he get this from? And why does he suppose there can only be one white ethnostate? All historic white ethnostates in the past two centuries, to some degree or another, accommodated racial or ethnic minorities (or majorities, in the case of Apartheid South Africa). The antebellum South allowed for freed slaves. Jews were afforded a semblance of normalcy in Nazi Germany before England and France declared war. The Indian presence in England stretches back to the mid-nineteenth century. Do I have to go through a case-by-case basis to demonstrate how far off the mark Matthews is with his?

Yes, there will always be whites who have some affinity for non-whites, and there will always be non-whites who have something to offer a white ethnostate. Greg Johnson does a nice job threading this needle in his essay “Ninety Percent White Nationalism.” We can have a small amount of racial diversity and still have an ethnostate. In fact, Johnson has a name for what Matthews is proposing: “Normative homogeneity.” What Lipton Matthews is really arguing here is not that a white ethnostate shouldn’t be formed, but that it would be difficult to form.

Finally, Matthews doesn’t follow through with his logic, and, whether he realizes it or not, ends up dropping the ball in the endzone when he should have been spiking it. He states that Western civilization is “superior to other cultures.” He also states that Western civilization is a “predominantly white civilization.” So, does this mean that white people are superior to non-whites when it comes to building civilizations? It would seem so. And if so, wouldn’t it stand to reason that allowing large numbers of non-whites into a white civilization would make that civilization less superior? Again, it would seem so — and this is supported by the high rates of crime, corruption, poverty, and unemployment in places like Detroit, Washington, DC, Chicago, Camden, and many other places which were much nicer when they were whiter. But Matthews doesn’t even address such natural questions, perhaps because to do so honestly would undermine his civic nationalist, pan-racialist agenda. For whatever reason, he wants to secure a place for non-whites in a white society and has contrived a few incomplete and superficial syllogisms aimed at talking White Nationalists into abandoning their racial interests. In one of these, he even argues that “a culturally white society is a benefit for all racial groups,” as if this should be a selling point for whites. Right. Like how non-whites constantly talk about protecting the racial interests of whites.

Either Lipton Matthews is incredibly audacious or incredibly naïve. Probably the latter.

In any case, it’s nice that he lacks the typical normie rancor when assessing White Nationalism, but he still belies the typical normie ignorance. He doesn’t understand that when a group of people is being threatened by hostile outsiders, the besieged party should strengthen its common identity, not weaken it. Identity is an element of survival — and what identity runs deeper than race? If all white people were to dilute their identity in the manner Lipton Matthews suggests, then he should forget about ever attaining the cultural whiteness he describes — because all the white people would be gone.

« No Government Subsidies For You, Whitey

» When An Agent Knocks