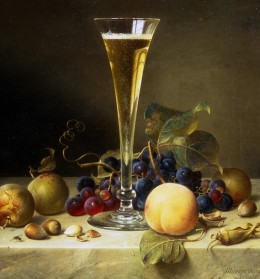 Well, 2020 is one heck of a year. It’s certainly been the most unusual one I’ve lived through. I’ve thrived this year. It boils down to better use of time. I am fortunate that my day job has gone to teleworking status. As a result, the morning commute is from the bedroom to my makeshift household office. I don’t need to spend a penny on gas or a second on the road. Additionally, now that I’m home, instead of the endless office drama and trivia, I focus more on work.

Then the chores are easier to manage too. The laundry moves from the washer to the dryer between the virtual budget meeting and the virtual risk management assessment session. The grass gets mowed over lunch.

I’ve got debts extinguished, silver in the safe, more stocks in the portfolio, and more quality time with the wife and kids. I get more exercise in and have lost weight. So much, in fact, that I’m too embarrassed to publish the number here. There’s no more grabbing fast food at 7:00 PM on the way home from the office because I’m too tired to cook and the wife is driving a kid somewhere. I’ve also increased my output for Counter-Currents. Nearly one article a week this year.

There are two drawbacks to 2020, though. First, Donald Trump lost the election due to fraud. It’s terribly frustrating. There is always a price for dishonesty. We have slouched into a low-level civil war. The narrow vine of hope to which I cling is that “Senile Joe” Biden did help pass the 1994 Crime Bill which was and is an outstanding law. Perhaps he won’t be totally anti-white as Obama was in his dreary second term.

Note: If Biden’s “outreach to conservatives” is real, and you get “outreached” to, extend your hand back. You can make a huge difference being a good citizen. Don’t spitefully disconnect and do something stupid. Stand up straight and tall. Dress well.

Nonetheless, I weep for my country.

Second, I’m stressed out about how many people didn’t come through this quarantine well. Restaurants have gone under, brick-and-mortar stores shuttered, the rich seemed to have gotten richer and the poor poorer. I only hold out hope that I’m wrong and in the long run, that society will use technology and adjust so we all become better off. A crisis is both a danger and an opportunity.

All these books show how the Anglo-Saxon people as well as the Europeans who joined them expanded. In Bound Away, the authors document just how important the Virginians were in exploring and settling the frontier. Many of the Virginians were from the upper class of England and felt that it was their duty to provide leadership in the United States. The history of the two Dakotas shows how Anglo settlement adapted to a semi-arid climate and created two prosperous states. The founders of the Dakotas, “were of the older American stock and came from New England, New York, or the states of the Old Northwest.” (Robinson, p. 199). Yankees can complement the Virginians!

To sum up this excellent book, America’s frontier wars aren’t being won anymore. Therefore, pressures within the United States cannot be vented outwards. We now must directly deal with the race question. Hence the low-level civil war. Read my review here.

In addition to having a low-level civil war on our hands, America is involved in Cold War II. This time it is with China. The above book tells the history of how it all came to be. Much of the strategy in this vast competition is directed by America’s Japanese and Australian allies. From an America First perspective, I’ll add that the bitter harvest of deindustrialization and a short-sighted trade policy is upon us. One thing you can do now is to make sure that Hong Kong residents and anti-Communist Chinese stay in China to be a problem for the Communist Party over there rather than escape to here and get involved in anti-white activity.

This book shows the history of how we got to the low-level civil war. There are two constitutions. The one we officially believe in and follow is an illicit one that truly calls the shots: the 1964 Civil Rights Act. The illicit Constitution wasn’t drafted by Boomers, it was created by valorous white men who’d been field grade officers during the Second World War. This book provides a target for pro-white activists to focus their energy upon. Get rid of the 1964 Civil War Act and we just might get our country back. This is the most important book published this year. Read my review here.

« The Counter-Currents 2020 Fundraiser A Postmark Deadline, a Final Appeal, & a Way Any American Can Make a Tax-Deductible Donation This Year