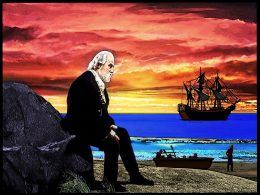 On December 18, 1620, the Pilgrims arrived at Plymouth Bay, on the western part of Cape Cod Bay. They were a small group of people, a mix of Protestant religious fanatics and venture capitalists. They would go on to found an enormously successful society.

The Yankees — I don’t know why they are called Yankees — are the descendants of the English Puritans. They mostly originated in East Anglia and eastern England with a secondary origin location in the West Country excluding Cornwall. From their base in the Plymouth Colony in Connecticut and the Massachusetts Bay Colony they were able to demographically expand. They would go on to move West and become the dominant culture in upstate New York, Michigan, and the other parts of the northern United States. The manners and accents of Iowa are exactly like that of Oregon — it is the vehicles, clothes, and tattoos that are different. Both states are populated by Yankees.

For all its insistence on a plain style therefore, Puritan literature has seldom failed to move by its very absence of sophistication. Emerging at a time when the English language itself was undergoing an enormous expansion, Puritan discourse has had an impact on our social and political vocabulary comparable to that of the Elizabethan poets and dramatists on literary style, and it has done so by popularizing and expanding upon the poetry and drama of perhaps the most influential written work in the English language, the King James Version of the Bible. [1]

There has never been a time when Yankees didn’t have an enormous influence on the United States, but a high point was most certainly during and just after World War I. One of the issues of the day following that conflict was how America should engage in the world. It was two Yankees that framed the debate. Senator Henry Cabot Lodge Sr. (1850-1924) argued that the United States should not enter the League of Nations. Abbott Lawrence Lowell (1856-1943), the President of Harvard, argued in favor of entry. The ideas raised in the debate continue to be applicable today. 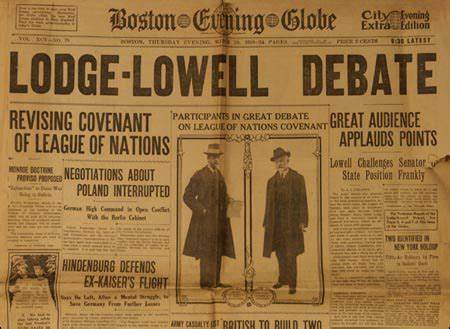 In 1919, the United States rationally discussed involvement in world affairs. The debate was between two Yankees and moderated by a third Yankee — Calvin Coolidge of Vermont.

The Wisdom of Henry Cabot Lodge: America First vs. Isolationism

Recently, I watched a pompous windbag newsman discussing the “Senile Joe” Biden election “victory.” One of the things he was happy about was that he thought it was a great idea that Americans were leaving the “isolationism” of President Trump’s administration. President Trump wasn’t really an isolationist, but he did reduce American involvement in morally dubious operations in Syria and encourage wealthy nations like Germany and South Korea to pay more for their own defense. Donald Trump’s policy was a long time in coming.

Americans have always been empire-building and involved in overseas operations. As early in American history as 1690, soldiers from Massachusetts attempted to conquer Quebec. Even the arch-isolationist Thomas Jefferson sent a large, heavily armed expedition to North Africa. The devil in foreign relations is in the details. 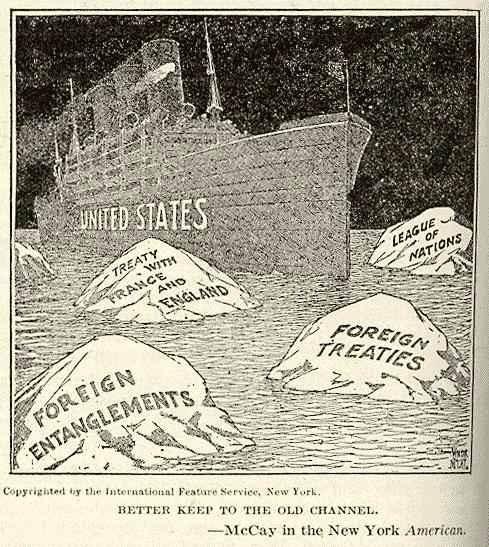 Then and now, a policy of American intervention in the affairs of far-off nations carries enormous risks.

Henry Cabot Lodge’s opposition to the alliance system that would create the League of Nations was due to several problems that still apply in a basic sense today. I’ve updated the basics of Lodge’s ideas and put things into my own words:

It is important to note that an America First foreign policy and isolationism are two separate things. It could very well be in America’s best interest to support a proxy somewhere as well as to deploy troops far forward and in harm’s way. Isolationism can allow rival nations to create a hostile system of alliances against the United States also.

It’s all quite difficult to know what exactly the goldilocks zone of isolationism and America First self-interest is, but without a shadow of a doubt, the US has a large network of allies, many of whom are engaged in a conflict with powerful enemies, and many of these allies hate each other — such as the Greek-Turkish rivalry. The British destroyed their empire by intervening in Germany’s border dispute with Poland in 1939. Had the British stayed neutral, there would not have been a World War II, or a Holocaust, or an Iron Curtain. Alliance systems appear to work — until they don’t.

A Problematic International “Contact” Americans Need to Know About

America’s political and military support for different nations doesn’t automatically create peace as I’ve heard interventionists contend. In recent years, the US government provided a great deal of weaponry to Azerbaijan. Later, there was something of a weapons sales ban, but American-developed weapons and technology sent to Turkey and Israel got passed to Azerbaijan anyway. Americans must give a wink and a nod to this situation since Azerbaijan is supporting America’s continuing efforts in Afghanistan, although Osama bin Laden is dead and the pathology-ridden Afghani people can be managed with a simple travel ban.

Some of the weaponry includes unmanned aerial vehicles (UAVs). This year, Azerbaijan waged and won a war of aggression against Armenia using those weapons. Azerbaijan’s use of UAVs — even those supplied to them by American allies and not directly by America — should be seen as quite alarming from an America First perspective. It shows why “contacts” lead to wider wars as Henry Cabot Lodge Sr. warned.

To explain, UAV “swarms” and UAVs capable of fast, high-altitude flight with precision bombing requires considerable technical knowhow, a robust command and control element, and an integrated network that is secure from cyber and electronic attack. All of this is developed by American technicians and everyone knows it. Americans will get the blame for what will follow from this situation.

Some clear problems that will follow America’s direct and indirect support to Azerbaijan are:

It is also not unreasonable to suppose that some young Azerbaijani buck will turn to jihad and cause Americans problems in the future. Saudi Arabians, officially subjects of a critical US “ally,” are a longstanding Islamic menace. The vicious god of Islam has a long history of repossessing the blood of its secular half-followers and turning them into a killing machine.

I’d also like to add that in places where there is a sort-of-peace, such as Korea, Americans are giving away their industry while supporting their supposed ally. 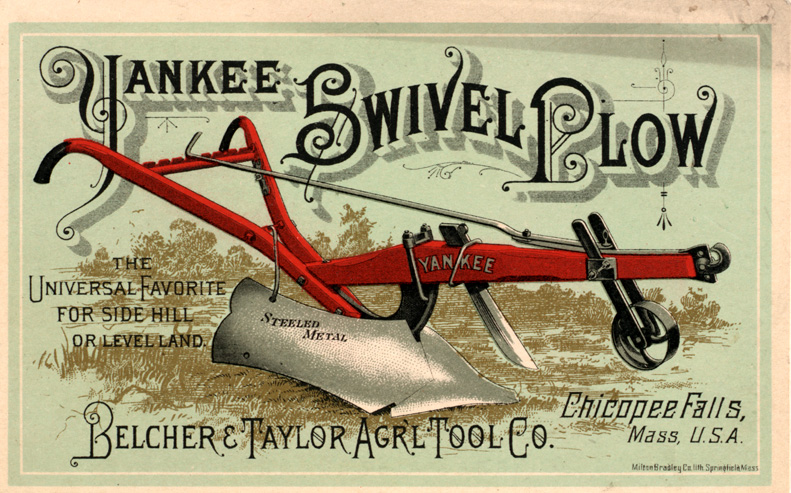 The Yankees saw work as a noble calling.

The Yankee settlers of New England immediately started to get involved in agriculture and textile manufacturing when they arrived in 1620. It was not long before they had their own merchant fleet that they used for trade and complex commercial activities. The Yankees sought to use their time wisely. They wished to “improve the time.” It was a criminal offense to be idle in New England.

The other Yankees — those of Pennsylvania whose regional origins were in the Northern Midlands of England (Lancashire, Cheshire, etc.) and were Quakers also took work seriously. The Quaker idea of work was called “cumber and calling.” That is to say, work should be done for the greater glory of Divine Providence, not just for earning a living. The Quakers also had a concept called “redeeming the time.” They carefully kept track of time and wished to use it well, but not hastily. They built things to last.

The Bethlehem Steel factory, the place where Frederick Winslow Taylor worked for many years.

A Yankee/Quaker whose roots went back to the Mayflower that should be discussed is Frederick Winslow Taylor (1856-1915). Instead of becoming a lawyer like his father, he worked as a machinist and quickly rose in Pennsylvania’s industrial economy. He developed the concept of scientific management.

Taylor argued that an increase in the production of goods led to bigger profits for the firm, higher wages for the workers, and more happiness for society in that there would be more goods — like shoes — that make life nicer.

Taylor believed that all industrial processes could be examined and made more efficient. This included traditional trades. He studied the motion of bricklayers to make them more productive and examined how much energy a laborer expended on ordinary tasks. He took into account advice from old shop hands and new college students. He determined the best way to cut metal and created a side industry to best carry out that process. His book on the matter is The Principles of Scientific Management (1911). It is a quick, easy read and filled with practical advice that anyone in any leadership role can use.

Taylor was quick to offer incentives, including pay schedules that maximized income, productivity, and profit. He also argued that workers should be sifted for intellectual aptitude. He flatly states that firing people is a responsibility of leadership. His goal in any process improvement was to increase wages by 60 percent.

The language Taylor uses in The Principles of Scientific Management is simple and moral. It is something that the Puritans would have understood. Taylor is sympathetic to the common working man and sought to better his efforts.

America’s Puritan (and Quaker) values have been beaten down to embers by our hostile ruling class. They seem to think crudeness, such as that in Borat: Subsequent Moviefilm is equal to a cumber and calling that seeks to carefully preserve America’s extraordinary national power as well as do good work every day.

Our Puritan heritage is but embers; it is now our job to make those embers flames again.

[1] Steven Baskerville, Not Peace But a Sword: The Political Theology of the English Revolution (Eugene, Oregon: Pickwick Publications), 2018, p. 412.