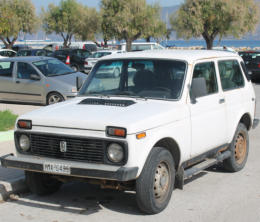 This week’s edition of Каунтэр-Карренц has arrived.

Counter-Currents is trying to raise $150,000 this year. Thus far, we have received 675 donations totaling $95,411.84, for which we are enormously grateful. Thus we are almost two-thirds of the way there! We will keep the fundraiser going as long as needed but the ultimate deadline is the end of the year, less than three months away.

To help us reach our goal, a generous donor has offered a $5,000 matching grant, so the next $5,000 you give will be doubled! You can find details on how you can give below.

It means: Buckle your seatbelt, Dorothy, ‘cause Kansas is going bye-bye.

I’ve been at this dissent thing for a while now. I remember a time in the not-so-long-long ago when our main problems weren’t the various forms of deplatforming, but rather the absolutely deafening roar of nobody giving a flying fuck about the warnings, theses, and ramblings of political dissidents.

Older hats, concealing heads grayer and balder than mine, might remember an even earlier long-long ago when the audience for dissident thought was minuscule compared to my salad days of the late 2000s and early 2010s when I wrote an obscure blog in an obscure corner of an obscure linguistic sphere, angrily broadcasting my general Disco Tent for everyone to hear. We’ve moved a bit beyond that at this juncture, or so I’ve been led to believe.

Unlike dissidents from hard tyrannical regimes, we do not have to hide in basements and distribute our illegal literature through an elaborate system of winks and nods that piggybacks on the black market for its logistical needs. From what our erstwhile editor Dr. Greg Johnson tells me, he does not, in fact, print Counter-Currents on stolen government paper with stolen government ink on the government’s own presses in the government’s largest printing house in the middle of the cold Warsaw night, and neither do you buy your weekly edition of Counter-Currents magazine out the back of a rickety old Lada Niva with the back seats removed from a shifty-eyed, mustachioed man whose aroma is one part unwashed armpits, one part cheap tobacco, and ten parts poorly distilled grape liquor. For a good price, he’ll also get you real coffee, real sugar, hookers, plastic jug vodka — even a nuclear device! While I admit that takes a little bit of the adventure out of it, it has allowed us to reach a far greater audience. We’re no longer screaming into the void. And through the miracle of modern technology, we now have the comment section. What joy, the void screams back!

Turns out, that void screaming back at me and sometimes threatening to kick my ass is big and growing. It consists of people, which has its own problems, but also comes with certain compensatory advantages, the chief being that political messages are spread and implemented by people. What’s more, political messages are better spread and better implemented by smarter people. The void that I scream into (and occasionally screams back at me) seems to be populated with that kind of person. Even that one German guy who hates my guts and comes out with delectably clever insults to replace my middle initial with. If you’d told me ten years ago that I’d be happy that someone is calling me a robbery toad on the internet (German insults are strange like that), I probably would have believed it wholeheartedly. Better to be feared than hated and better to be hated than ignored. And better to spurn clever men into action, even if by being a gadfly, than to scream into nothingness.

Events, some of which are completely out of our control, have brought us to this juncture. Counter-Currents has significant reach and is a major influence on dissident thought, and in good time, can mainstream this dissident thought. We are now too big an institution to ignore, though some will steadfastly try. Globohomo likes to pretend that nobody opposes its policies other than a smattering of meth-smoking skinheads, illiterate rednecks, and cringeworthy LARPers. The alt-lite, Conservative Inc., and rival dissident factions (you know who you are) all like to pretend that the only outfits opposing Globohomo are them and the aforementioned smattering of meth-smokers, illiterates, and LARPers. There’s ignorance, fixable by education, and then there’s pig-ignorance, which I suspect can only be cured with beatings. These are usually also the people who try to muddy the waters as to the true nature of the enemy (or the true number of enemy factions). But we’re way past that now.

Counter-Currents has been on the receiving end of unprecedented financial deplatforming. We’ve been barred from the global book market because That Bald Fuck (you may know him as Jeff Bezos) feels threatened by our evil words for some reason. The long-nosed individuals running the credit card racket have decided to put us on some sort of bad list which means you can’t donate to us in normal ways, nor can you purchase our books normally. Of course, we nationalists are a wily bunch and have come up with ways of financing this thing of ours, but for the time being, these ways are the financial equivalent of printing a magazine on stolen paper with stolen ink by the light of stolen candles in the middle of the cold Warsaw night. Our legal department has informed me that I might even have to start smoking again in order to accurately replicate the shifty semi-criminal mustachioed delivery man in a rickety Lada Niva aesthetic.

Things are getting tougher. More precisely, they’re getting real.

But I’ll say this: it’s easier to fight a mountain of muscle than to wrestle a half-ton of jelly. Obviously, I say this as someone who’s been put in an uncomfortable armlock by a tenth-ton of jelly. No matter how hard you punch, the jelly just wobbles and absorbs all the energy of your punch. That’s all behind us now. We’ve cut our way out of the jelly and are now facing the mountain of muscle. More precisely, we are facing a very large but poorly-programmed robot made out of very brittle steel which will twist itself to pieces trying to destroy us.

Now, to do that, we need your support, and by support, I mean money — though not to the degree that I am now refusing praise and the void screaming back niceties at me. Yes, “Hail King Jeelvy, I kiss your golden feet, your wise words give meaning to my dreary existence” is still a valid form of support, but until White Nationalist superscience finds a way to hook up my overactive ego to a generator, we’re gonna also need your money to keep the lights on around here.

There’s some who think this is a video game. In many ways it is — for many, their only interaction with organized dissident thought is through the computer. 2020 has been the year of politics rudely barging into meatspace, even though we spent a good deal of it confined to our homes. Things are getting real. If you have hitherto supported us mostly in video game ways, your support is gonna have to be real. If you’ve supported us in real ways, I sincerely thank you. Keep at it, and we’re gonna make it through.

Even if I have to deliver a paper copy of Counter-Currents to your doorstep in a rickety Lada Niva, we’ll keep going — and we’ll win.