I’m Changing My Tune About Coronavirus 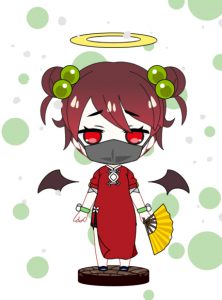 The coronavirus pandemic is a complex and changing phenomenon, and so are my thoughts about it.

I can sympathize with the ecologists who think that the Earth has far too many humans and would welcome a pandemic to dramatically reduce our numbers. But not yet. This is not the time, because coronavirus isn’t the killer they’ve been hoping for, and as a member of a race that is already on the path to extinction—extinction as the predictable consequence of political policies and thus genocide—I am fighting for my race against its enemies, not for the planet against humanity.

As a National Populist, I have argued that coronavirus presents us with remarkable metapolitical and political opportunities. So much so, that I have taken to calling it the “globalvirus.” The globalvirus demonstrates that global capitalism, open borders, liberal individualism, multiculturalism, xenophilia, and democracy make nations more vulnerable to deadly pandemics. The countries with protectionist economies, real borders, a commitment to the common good, ethnic homogeneity, healthy xenophobia, and more “authoritarian” regimes are less vulnerable.

Coronavirus has also discredited most of what passes for the Right today in Western societies: namely, various forms of classical liberalism. Classical liberalism comes in two varieties: the moderate and extreme.

The moderate classical liberals are your mainstream Republicans who identify not with America but with capitalism. Their first reaction to the globalvirus was to deny it, because they did not want to interrupt the economy. I’m sure it occurred to them that the globalvirus might well kill a lot of people in America, as it did in China and Italy and Spain. But, in their heart of hearts, these people were gambling that other people would die—old people, poor people, etc.—and they deemed this a small price (for others) to pay to preserve the value of their stock portfolios.

But at least moderate classical liberals believe that there are some circumstances in which government action is legitimate, for instance to bail out big business or to defend the borders of Israel. Thus, reluctantly, some of these people might actually be wrangled into doing something for the American people.

Extreme classical liberals don’t believe it is legitimate for the government to do anything for the common good, because they don’t believe that collectives exist or have interests that are legitimately pursued by the state. Thus their reaction to the globalvirus is the same as their reaction to any other collective problem: simple denial. Denialism comes in two flavors: vanilla economism and tutti frutti conspiracy theories.

Since we have a Republican administration, when intelligence reports about the globalvirus outbreak in China started coming in as early as November, they fell on deaf ears. Apparently there was not a single populist who cared about the American people anywhere to be found in the Trump administration, just business boosters who wanted to protect the economy from people who feared drowning in their own bodily fluids. And, because Republicans are not just greedy and stupid but also cowardly, they were well aware that any attempt to restrict travel from China would be decried as “racism” by the Left. Hence they decided to go with the “It’s just the flu, bro” narrative.

If Hillary Clinton were in office, the result would have been exactly the same, because she is 100% owned by the oligarchy. Her rationalizations would simply have put greater emphasis on anti-racism.

If the United States had a National Populist government that put America First, we might have been spared the human and economic costs of the pandemic by simply locking down travel and screening all people coming from outside the country. But the travel restrictions adopted were too little, too late, and once a certain number of carriers had entered the United States, we only had two choices.

Plan A is to do nothing, in which case millions might get sick, hundreds of thousands might die, and national life, including the economy, would be devastated. Plan B is to shut down the spread of the virus, in which case far fewer people would sicken and die and the nation, including economic life, would bounce back more quickly. The Trump administration adopted Plan B, but an astonishing number of Republicans would have given us Plan A. That is something we National Populists should never forget and never forgive.

Once Plan B was rolled out, the US government needed to mitigate the economic and social costs. I grade their performance D-minus. The establishment that created the crisis by dragging its feet—out of Republican Mammonism and Democratic xenophilia—delivered exactly the relief package you would expect: massive bailouts to big business, massive giveaways to non-whites, and $1,200 and some trickle-down for average white Americans, millions of whom lost their jobs.

But the mere fact that millions of Americans had been thrown out of work was not enough to stop the Right from importing more cheap labor or the Left from importing more refugees. Nor was the shortage of protective face masks enough to stop the US from allowing millions to be bought up and exported by foreigners or simply given to Israel. Our rulers are so committed to replacing Americans with foreigners that they won’t even pretend to put Americans first in a national crisis, and not just any national crisis, one that falls in an election year. They can’t help it. It’s just their nature.

I have no idea how long this pandemic will last and what it will cost in human lives and social, political, and economic chaos. Neither do any of the experts.

But I am certain of one thing. The pandemic will end. Which means that there will be a time when it is right to say “It’s over. Let’s start living again.” When that happens, the accusation that “Republicans are just putting profits over people” will no longer be true. It will be just cheap demagoguery.

Human knowledge is finite. Even the most objective analysts can never reliably call the top or the bottom of curves. And all people have biases. Republicans—whose bias is toward normalcy, complacency, and GDP—will always jump the gun on the back to work date. Democrats—who are addicted to moral indignation and desperate to attack Republicans from every angle—will be ranting about “profits over people” long after the discard date.

National Populists shouldn’t follow them. That’s why I am planning to change my tune.

Of course, things will never really go back to normal. We National Populists can’t allow that. It is up to National Populists to make sure that the new normal incorporates the lessons of the pandemic. We need to manufacture strategic products in our own countries, including drugs and medical equipment. We need paid sick leave for all employees. We need real borders. We need travel bans from plague zones and medical screenings and quarantines for nationals returning home. We need more expensive and less frequent air travel, but we can cushion the impact on the airlines with tens of millions of deportation flights. We need to rebuild social trust and solidarity, so people are willing to sacrifice for the common good. We need a leadership caste that puts our people first and lays plans to do so far into the future.

Once we get used to globalvirus, it will be “part of the plan” as well. But that is not an argument to be complacent about globalvirus today. We need to do our best to destroy this virus before there is any talk of living with it. Nor is it an argument for complacency in the future, because anticipating and mitigating new pandemics should be “part of the plan” as well.

« The Plot Against America First, Part One: Charles Lindbergh

» Plus Ultra: The European Diaspora