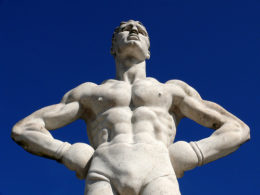 I hadn’t realized how badly I wanted Colby Covington to win until he lost.

On December 14, 2019, the obnoxious and outspoken Trump supporter Colby Covington took on Nigerian-born welterweight champion Kamaru Usman at UFC 245. Colby was stopped late in the fifth in a questionable decision by the referee Marc Goddard. Before that, it had been a tight, entertaining affair with both men having their moments. I had it 2-2 going into the fifth. Further, it was revealed that Covington had broken his jaw after the second round. In spite of this, he persevered and won the fourth, and was winning the fifth, in my opinion, before Usman knocked him down twice, sprawled on top of him, and administered hammerfists until Goddard stepped in with less than a minute remaining. Covington immediately protested since he had been defending himself and still had his wits about him. Regardless, this late surge by Usman probably would have sealed the deal for him on the judges’ cards, so Covington’s cause was probably lost at that point anyway.

Still, it hurt to see him lose, and from a Dissident Right perspective, his case is an interesting one.

Covington is a white kid from Clovis, California who joined the UFC in 2014 on the strength of his NCAA All-American wrestling status and his 5-0 record in mixed martial arts. He was a relatively anodyne presence there at first, but this changed in late 2017 when he went to São Paulo, Brazil and unleashed his inner id. And make no mistake, it is a white man’s id.

“Brazil, you’re a dump! All you filthy animals suck!”

This is what Covington screamed into the microphone after defeating Brazilian jujitsu ace Damian Maia by unanimous decision. Brazil, as is well known, is one of the greatest centers of mixed martial arts in the world (along with Japan, Russia, and the United States) with the sport being a crucial part of its history. For Covington to say such things in Brazil—let alone on fight night after dominating a Brazilian as beloved as Maia—is either stupid or brave depending on whom you talk to.

But Covington has taken it much farther than this by becoming an outspoken, MAGA hat-wearing, troop-loving Trump supporter. “Make the welterweight division great again!” became his mantra, and it almost got to the point where he would make plugs for Donald Trump whenever the microphones were in front of him. After winning the interim title in June 2018, he actually visited Trump at the White House. Covington also invited the Trump brothers Eric and Donald, Jr. to his fight against Robbie Lawler last August. Most recently, he was seen skimming Trump the Younger’s book Triggered while at a press conference.

At first, I didn’t know how to take his Trumpian transformation. Was it sincere? Or was it just a unique way of playing the heel? Covington has dabbled in professional wrestling, so it is possible that this is all an act. Since he’s been fairly consistent politically—going to so far as to meet the President and his family—I’d have to surmise that it’s not entirely an act. It seems his love for Trump might be at an eight, and he cranks it up to eleven in order to sell fights. Covington is not exactly known for knockout power or slick submissions—he’s a tireless grappler who tends to outwork his opponents for decisions—so, on an objective level, his fights do need selling. And what better way to do this than by running one’s mouth?

Covington himself has admitted to changing his public image in 2017 because the UFC was threatening not to re-sign his contract. After his defeat of Maia, when asked by MMA Junkie reporter John Morgan about whether he wanted to walk back his anti-Brazil comments, Covington only doubled down:

No, I don’t walk back anything I said because I don’t think I said anything that offensive. Look all the stuff they’ve been saying to me all week, John. Like the stuff in the walk-out. They’re saying, “Oh, you’re a faggot. Oh, you’re gonna die. Oh, you’re a pussy. Oh, you’re this.” Homophobic slurs. All these different, like, super nasty remarks. And I’m just like, where’s the double standard at? They can say these things but I just say their place is a dump and they’re filthy animals just as a game—because this is a game to me. I’m just having fun with it. I’m just trying to promote and make it fun for the fans, you know? So how am I taking criticism for that? Look at what they’re saying to me. Stop having a double standard.

He’s right about this, of course. And it is refreshing to see a top-level athlete talk about a double standard that, quite frankly, works against white people more often than not. But it is not merely Covington’s Trump love and reactionary insights that go to eleven. So does his inner asshole. It seems he’s looking to rub everyone the wrong way. After defeating Lawler, he took a malicious swipe at Lawler’s mentor and friend, former UFC welterweight champion Matt Hughes.

Let’s talk about the lesson we learned tonight. It’s a strong lesson that Robbie should have learned from his good buddy Matt Hughes. You stay off the tracks when the train’s coming through, Junior! It don’t matter if it’s the Trump train or the Colby train! Get out the way!

For those not in the MMA bubble, Covington was referring to an incident in June 2017 in which Hughes was hit by a train while driving his pickup truck. He suffered traumatic, life-altering brain injuries and spent weeks in a coma. This accident was utterly devastating not just for Hughes and his family, but for MMA in general since Hughes is a such an admired icon of the sport. And unlike Damian Maia and Kamaru Usman, Hughes is white and as all-American as they come. So it seems Colby Covington is an equal opportunity asshole. Some of his statements, even if only considered as mere trash talk, go beyond tasteless.

UFC fighter Bryce Mitchell did it in a more appropriate manner recently. After executing an amazing and rare submission called a twister at an event in Washington, DC, he had extended a pro-bono offer of his services to President Trump, in the event he needed help “whooping some politician.”

And if anything, Colby Covington talks too much. But you can’t say he doesn’t fight too much. Every time out, he comes to fight, and he fights to win. And against Kamaru Usman, Colby Covington fought his ass off. Nobody in the UFC has ever given Usman such a hard time. Further, that Covington managed to outfight the best welterweight in the world over seven and a half minutes with a broken jaw is nothing short of remarkable. Had he slipped a few punches in the last two minutes of the fight, he might have come out the winner.

As would be expected, millions have been piling on Covington in the wake of his loss. When you talk gladiator smack like that, you can’t ask the crowd to turn down their thumbs after such a comprehensive defeat. Usman himself added petrol to the necklace by announcing after the fight that this was a victory for the entire world. Well, the non-white world maybe. During the build-up to the fight, Trump’s immigration policies had been brought up more than usual, with Usman risibly claiming that he was more American than Colby Covington. I guess that’s why he showed up at the ceremonial weigh-in with the Nigerian flag painted on his face. I’m sure we can count on Colby Covington to point out such a double standard before their rematch, if there ever is one.

At the moment, however, Covington seems in good spirits. He did not attend the post-fight press conference, but in his first appearance on Twitter, he blasted Goddard and reminded him of how he gave Usman a few moments to recover in the second round when Covington kicked him along the belt line. Replays confirmed that this was not a low blow. Goddard’s reaction undoubtedly halted some of Covington’s momentum. Later, Covington stated on Instagram:

I put myself out there in front of the world to kill or be killed. Marc Goddard robbed me tonight with piss poor officiating. He let my opponent fake injuries for extra time and stopped the fight early. Just like America, my will and spirit can never be broken. Speed bumps can’t slow me down. You people ain’t seen nothing yet.

There’s a lot about the man’s MMA persona that people can say is fake. But what certainly isn’t fake about Colby Covington is his faith in himself.