The Moral Poverty of Libertarianism 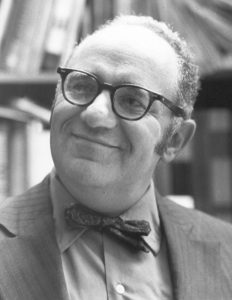 There’s an old-school form of libertarianism that draws from the work of figures like Ludwig van Beethoven, Selma Hayek, and RuPaul (sorry, I mean to say Ludwig von Mises, Friedrich Hayek, and Ron Paul). This form of libertarianism works from a reasonably comprehensive picture of what it is to be a human being. Rather than thoroughly replacing homo sapiens with homo economicus, it simply focuses on addressing itself to the economic realm of life; and it proposes that people out to support a strongly libertarian order because such is in their best practical interests.

This strain of libertarianism probably gets a lot right. Maybe it also gets some things wrong. But the most important thing is that with an old-school libertarian of this variety, it’s actually possible to have this discussion in a sane and reasonable manner. Whatever they may get right or wrong, these thinkers are fundamentally placing the question of how well these proposals would actually work to create a functioning human society in which a whole variety of things we want flourish front and center, and at least theoretically they could be convinced to change their policies if convinced that a different set of policies would actually work better to achieve these ends. If there are sociopolitical debates to be had in a future ethnostate, these types of libertarians certainly deserve a seat at the table. If there are disagreements to be hammered out, old-school libertarians can be disagreed with respectfully.

There is, however, a different form of libertarianism that models itself more closely on a religion than a sociopolitical project. It concerns itself less with paying attention to how the world actually works first and only then drawing lessons about it second, and more with making adamant pronouncements about how the world ought to work. It comes with a single axiomatic doctrine that can’t really be “proven” in any meaningful sense, and yet nonetheless must be believed, on pain of excommunication from the libertarian fold. This form of libertarianism is toxic.

These kinds of dogmatic libertarians simply don’t care first and foremost whether, for instance, legalization of cocaine would create a better, more flourishing society for actual human beings—interfering with cocaine trafficking is simply a moral wrong, in and of itself, regardless of any further consequences that do or do not follow from either allowing or prohibiting cocaine trafficking. If allowing it has positive consequences, then that may be a perk, but to them, it still isn’t the point. Of course, the dogmatic libertarian who actually has the balls to support—much less engage in—counter-violence against police who interfere with things like cocaine trafficking is rare to nonexistent.

These libertarians simply don’t care first and foremost about analyzing phenomena like the Laffer Curve to identify the optimal rate of taxation and suggest that we’ve gone far past it. To the dogmatic libertarian, reasoning like this is simply beside the point. And the point is that taxation is theft. But the problem with staking your worldview on dogmatic axioms is that something has to be done with people who don’t agree with you. Unlike, say, the empirical question of how far we’ve gone past the point where increasing tax rates actually result in reduced tax revenue, there’s really not a whole lot of productive discussion to be had around disagreement over a claim like “taxation is theft.” One either agrees with it or disagrees with it, and that’s basically that. There just aren’t any further empirical issues that we can continue to analyze in hopes of persuading people to change their minds. And that makes this into something that would be a dead-end philosophy even if it were true.

For the dogmatic libertarian, absolutely every belief he holds about every single political issue of any kind—the pros and cons of corporations mass-producing legal crack cocaine, the pros and cons of varying rates of taxation, and more—is distilled from one singular principle: “the non-aggression principle.” Or at least, so he thinks. In a minute, I’ll explain why this actually isn’t the case at all.
Murray Rothbard’s The Ethics of Liberty is the closest thing to a “Bible” for this variation of the libertarian philosophy. And it’s incredibly instructive to notice that in this “Bible,” Murray Rothbard literally advocates the right of parents to starve their children to death in the woods.

Quoting from Chapter 14, “Children and Rights”:

Applying our theory to parents and children, this means that a parent does not have the right to aggress against his children, but also that the parent should not have a legal obligation to feed, clothe, or educate his children, since such obligations would entail positive acts coerced upon the parent and depriving the parent of his rights. The parent therefore may not murder or mutilate his child, and the law properly outlaws a parent from doing so. But the parent should have the legal right not to feed the child, i.e., to allow it to die. The law, therefore, may not properly compel the parent to feed a child or to keep it alive.

Holy fucking shit. Jesus everloving Christ. How many levels of autism do you have to be on to think there’s a difference between killing an infant and intentionally “letting it die”? Not only is there no serious difference at all, if anything this still gets it ass-backwards.

Do you know how long it takes to starve a newborn baby to death? Up to 26 days. If anything, giving an infant euthanasia drugs for a peaceful death would be infinitely more merciful than this. But the morally retarded ethical system advanced in this book would classify that as murder, while letting the infant-starvers go free. Let it sink in that this is what Rothbard comes up with in a book whose entire pretense is complete devotion to figuring out the political consequences of “non-aggression”: let people who let their children die miserable and slow deaths from starvation go free; but punish people who give them quick, painless deaths as murderers.

No matter how voluminous the rest of the man’s intellectual output may or may not have been, it’s hard to see this as a trivial side-effect of his worldview. It is extremely difficult not to see this as such a glaringly idiotic position on par with thinking the Earth is flat or that the world is definitely going to end next Tuesday that anyone who “accidentally” believes it really does invalidate the rest of their thought.

Because it isn’t just that Rothbard gets the question of whether killing an infant or “letting it die” are meaningfully different wrong. It isn’t just that he gets the important differences that would exist if there were meaningful differences worth discussing wrong. It’s that Murray Rothbard would literally give whole-hearted support to an apparatus of force which would enforce this morally disgusting view on dissenting people through the institutional use of violence.

Furthermore, even if a given dogmatic libertarian disagrees with Rothbard’s point of view, even his disagreement itself still shows the problem with dogmatic libertarianism. Why? Because it reveals that the use of violence, or threat of violence, in society over disagreements that do not simplistically reduce down to the question of whether “aggression” was used inappropriately are impossible to escape—even between the luminaries of this particular worldview and its basic adherents.

Rothbard wanted to write The Ethics of Liberty to logically distill an entire political system from a single axiom: that initiating the use of violence against other human beings is immoral. But he ends up setting himself up quite literally for violent conflict with sectarians of his own philosophy over the pathetic question of whether people who euthanize their children are murderers and people who let them die slow and miserable deaths from starvation are not.

As Jack Donovan wrote, “violence is golden.” And as I put it in a previous essay, at the end of the day quite literally everyone endorses violence in some form or another in order to create and maintain the kind of society, with the kind of system of obligations and rights and privileges, that they want to live in. There is no way around it, and “the non-aggression principle” doesn’t get us around it either.

« Magical Miserablism:
Robert Stark’s Myths of the Near Future

» Why I Write
Saving the Idea Space