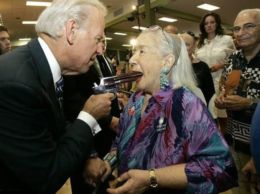 The Left and their unique rainbow coalition
Is a liaison of most delicate condition.
There’s mutual distrust and much to disparage
Blacks don’t like trans rights, nor same-sex marriage.
Asians are diluted from university class
And sell weave in the hood, from behind plexiglass.
The environment will suffer under POC governance
But it’s for endless growth, and Wall Street sustenance.
So let the tree-huggers and vegetarians moan
It’s a happy accident when the Left eat their own.

The church sold its soul to a pseudo-morality
Of diversity, equity, and craven banality.
It preaches racial justice, and white original sin
Is this a communion or a Communist bread-line that we are in?
It’s polemical glitz and ceremonial glamour
If only someone would invent a virtue-signal jammer . . .
The hypocrisy of congregants is with church affiliation
It’s the only place in America still with de facto segregation.
So emulate Reverend Sharpton, and wealth you shall beget
You can fly right up to seventh heaven, once you are jet-set.

In Hollyweird and TV-land the more you watch the less you know
Trump and Reagan came from there, but now it’s just a Truman Show.
The fake news riles the mob for the modern-day witch-hunts
Kudos to actor Jussie Smollett, who often performs his own stunts.
Brian Stelter is the sole soprano since Fredo got the flick
While Don Lemon’s stage name derives from a vulgar party trick.
The View is somewhat clouded by its ideological glaucoma
Meghan McCain only got the gig because of her surname diploma.
But the worst case of American shame and legal anathema
Is that it’s better to be Judge Judy than Justice Antonin Scalia.

Consumer culture has selected for a certain feeble kind
Celebrities for father figures and an impetuous hivemind.
Black Friday is their Sabbath; corn syrup their libations
They hate America so they say they’re from the United Nations.
The problem with neckbeards and their diet of microplastics
Is that they’re Nadia Comaneci when it comes to mental gymnastics.
Feminist rallies will sometimes intone the Muslim call to prayer
But there’s no female circumcision on the pussy hats that they wear.
They’ll protest and dox at the command of Big Tech and media barons
Aren’t the Democrats effectively just a trade union for Karens?

California is sometimes seen as the Union’s bellwether
Their identity’s been slowly lost and their shit is no longer together.
Stealing is virtually legal now in this one-party state
When they run out of tax money they’ll try to pawn the Golden Gate.
The culture is low-brow while the politics is high treason
They call it the People’s Republic now, for a very suitable reason.
Congressman Swalwell is a tactless stooge and a one-man wind vane
Don’t ever ask for his two cents, he’ll give you sulfur and methane.
While governor Gavin is one slick willy, and all at voters’ expense
He Newsom of his colleagues’ wives (that is, in the biblical sense).

The Democratic Party has now become a dumpster fire
May they throw on Maxine Waters, to help douse the pyre.
They previously sought to implement Popper’s Open Society
But now they’re content to normalize endless lockdown anxiety.
Anthony Weiner, Harvey Weinstein, Al Franken, and Andrew Cuomo
It’s easier to be a Podesta these days, or a saintly homo.
And Obama may hail, so they say, from the Hawaiian Isle
But WikiLeaks says he’s ordered pizza, in the Chicago style.
As for the Larry Sinclair affair, it never made the news cycle
One can only imagine the wrath from Michelle (or Michael).

Joe Biden is the veteran with the record vote tallies
But states have since been badly lost, with tumbleweed at his rallies.
He came from behind, on election night, like the proverbial tortoise
That’s why he was dubbed in the early morn, election rigger mortis.
Squint as he might, he still can’t see the forest from the trees
It’s really not the ice-cream that is giving him brain freeze.
No fitter man of seventy-eight toils on Capitol Hill
If the push-ups don’t convince you, get an opinion from Dr Jill.
The family trait is smelling hair and encroaching personal space
Hunter Biden even tried to snort AOC’s powdered face.

Where once there were great men like Henry Ford and Charles Lindbergh
We now have Bezos, Soros, Sackler, and Mark Zuckerberg.
If ever ethno-lustration was to slowly come their way
They’d cry another January 6 million — Oy Gevalt and Oy vey
And if “Sea to Shining Sea” should ever become their pledged refrain
Just keep in mind it could incline the Dead Sea to Mediterrane’.
They are to anti-Semitism what viruses are to vaccines
Most may be innocuous, but others compete by any means
For if they call us goy and shiksa (that’s bovine crudity)
It’s only right that whites should build their herd immunity.

The conclusion to this Weimerican tale
Is that dark humor will never fail
To put at fault and ridicule
The liberal cult and Frankfurt School.
So if they start to scream and holler
Simply rename it humor-of-color
Then assume the siege mentality
Whites are, after all, a minority
And color-blindness is a false embrace
For no man can ever outrun his own race.

» The Rise of the “Bubble People”