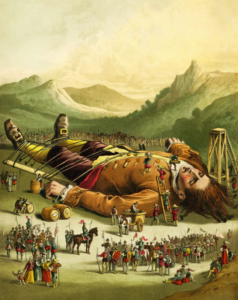 Last Friday, my article “America Is Ready for White Identity Politics” went viral. It was widely shared on social media, got a good discussion going at Counter-Currents, was translated into German, led to an interview on a radio show, and has now been reprinted at American Renaissance. Pretty good for my first article.

Naturally, I checked how the article was doing on various search engines. 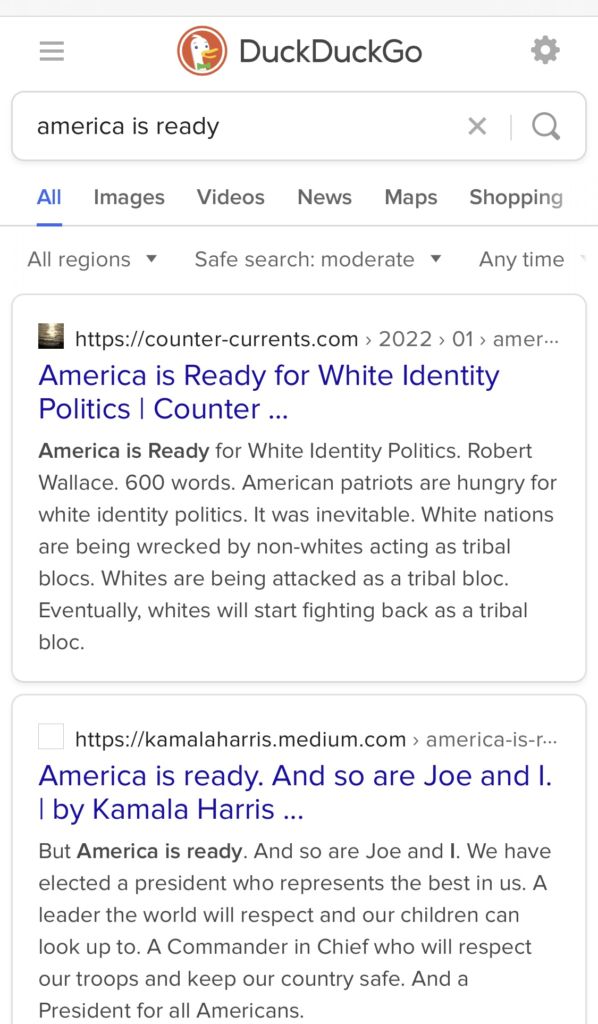 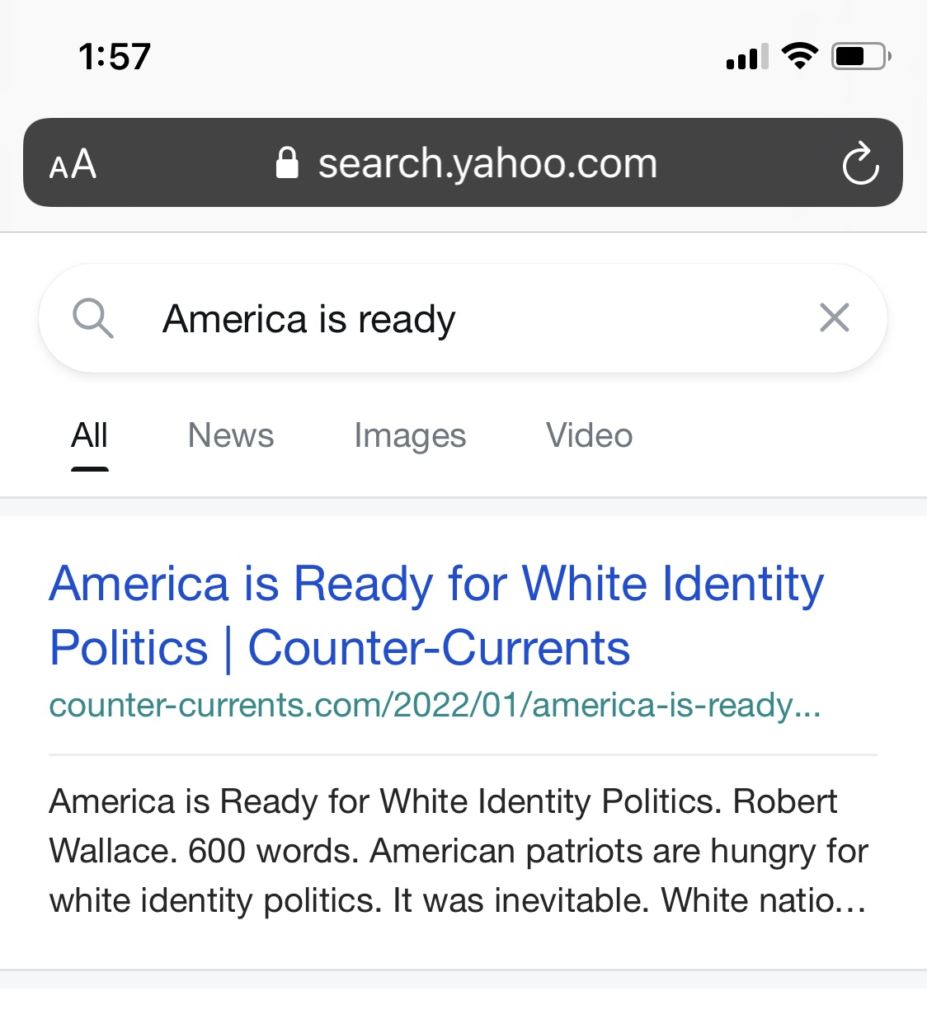 It was no surprise, however, that Google does not bring up my article unless you type my name and the full title: 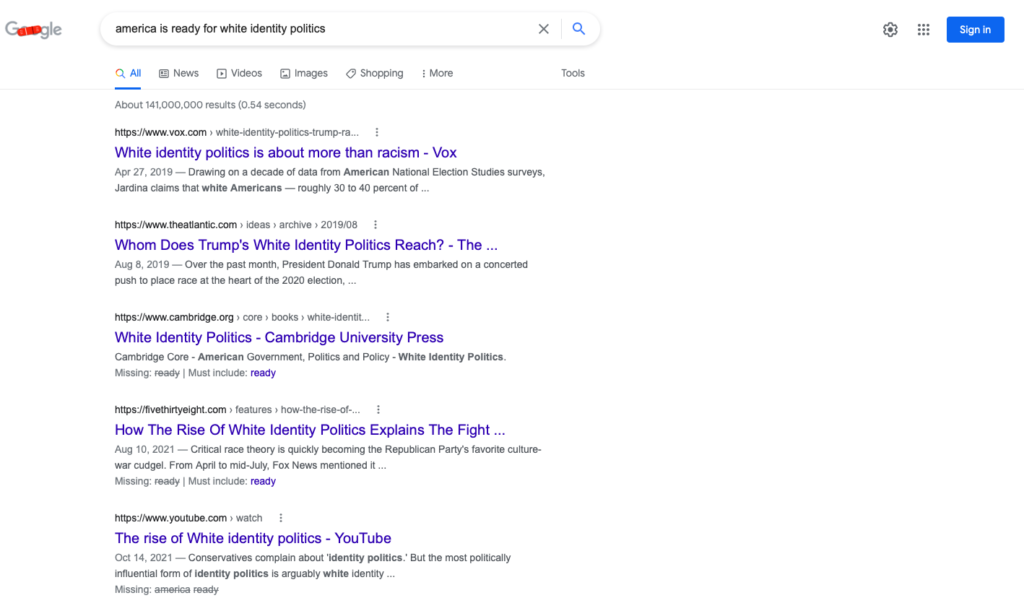 But around the middle of the week, I started noticing that my article was being buried even at DuckDuckGo, Bing, and Yahoo. America definitely is ready for white identity politics, but our elites don’t want the word to get out.

Powerful people don’t censor information unless they fear it. The establishment knows we are right when we say “America is ready for white identity politics.” They know we will win when Americans hear our peaceful, positive pro-white message. So they are trying to put a lid on the news. They want to hang on to power as long as they can and pray for a miracle to save them.

If the establishment were confident that they are right and we are wrong, they would welcome debate rather than stifle it. They resort to censorship and gatekeeping because they know damn well that any fair debate would lead them to a humiliating rout. As I said beginning at 26:15 in my radio interview on Monday, these people have “a crackpot worldview that is easily debunked and dismissible.”

Fortunately, censorship won’t prevent the truth from getting out. It just slows us down a bit.

It is easy for you to strike back by linking my article far and wide: https://counter-currents.com/2022/01/america-is-ready-for-white-identity-politics/

Your financial backing is also crucial to keeping us in the fight.

American patriots aren’t blind. We see that the Great Replacement is real and want to stop it. But we are not yet aware of our own political power. That’s why the establishment wants to suppress our message. White America is a sleeping giant. We are the wake-up call.