Retreat to Barbarism: A Travesty of Macbeth 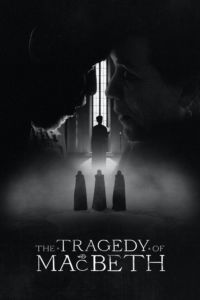 “I have often thought it might be amusing to write a humorous essay on how to recognise the Dark Ages when you are in them.” — Albert Jay Nock, Memoirs of a Superfluous Man (1943)

If personal bankruptcy happens, as they say, slowly and then all at once — is it not unreasonable to expect that poverty of spirit, of community, of nation, and of civilization should follow a similar pattern?

Such unhappy thoughts appear unbidden in the mind as one witnesses the late 2021 Joel Coen film adaptation of The Tragedy of Macbeth, starring Denzel Washington, Frances McDormand, and a variegated crew of ill-versed conscripts.

Here, one senses, is the prototype, if not the axis, of a malady; badness not incidental but attained; an unthought embrace of negation, lacking even the decadent-heroic cast of active nihilism; our own Wellingtonian pivot: A Waterloo of triviality, but a Waterloo nonetheless.

In short, a film that sucks. A retreat to barbarism.

The signal attribute of the production is its utter ineptitude. One might expect its badness to be more of a partial infestation: to cluster in the action, or peek out and wave from the direction; to slowly encroach from the edges of the sets, or secretly make itself known through the camera work. Instead, this is an all-hands-on-deck travesty in which every identifiable attribute bears the tang of a rank Philistinism that, one suspects, must have been aging in ancestral casks for centuries. For it is mellow and narcotic and dreamily dull, though bitter and emetic as gall.

We must, therefore, dismember this hydra to vanquish it.

Firstly, the acting, which seems as close a capstone to the fiasco as any of its failures: The two principals are utterly unequal to their roles, to Shakespearean theatre, or indeed to any sort of mantic ritual (as, in our day, this sort of enterprise surely is). Denzel Washington — an aging performer, wildly overrated in his day by NPR listener types, for whom he has served as a sort of House-Negro totem of the sort to whom Cat Ladies allude by first name, and whose comfort zone is in charismatic-thug roles — appears palpably ill-at-ease here, mostly mumbling his simplified lines with no interior life or continuity of character. In many places his crude facial contortions suggest he may have been coached in the role by Coen favorite George Clooney. Literally. Washington bears no attributes of nobility beyond waning physical magnetism, and he shows no sign of interest in the role, much less a comprehension of or affinity for it, failing even to rouse himself to the level of reactive revisionism, mumbling like a dazed Rodney King impressed into an enterprise beyond his conception. “Can’t we all just signify nothing?”

Frances McDormand, a more able if equally aging thespian, best suited to the brainy(ish) farce of Fargo and Burn After Reading, had recently acquitted herself in the surprisingly realized Nomadland. Whether that relative triumph had goaded her into goading her sheepish spouse into this cinematic Stalingrad, not even Jim Goad can say. But if so, it would be the high-water mark of her portrayal of Lady Macbeth, for she walks through this film as if afraid to draw a natural breath. Facial mannerisms that worked to good comedic purpose in her portrayal of Burn After Reading’s zany Linda Litzke here seem wildly out of place, and there is a muted quality to her scenes with Washington that suggests she was conscious of the constant danger of segregating his thespian deficits by dramatically illuminating them.

Even on their own, however, these performers are unable to conceal their discomfort with the work and their utter inability to embody it. Coen discordantly shifts between inappropriate close-ups and awkward group stagings that suggest the gestation of an unpolished high school theatre production. (“If only there were more time!”) This lack of ease is compounded by the vulgar and ostentatious sets and photography, which appear like childish, entitled appropriations of the craft and spirit of Orson Welles.

Coen appropriates — or perhaps we should say, vampirises, since the spirit is sucked out — both the Rooseveltian WPA Welles of the 1936 “Voodoo Macbeth” staged in Harlem and Welles’s later filmed Shakespeare adaptations. The early all-black stage performance is largely known by reputation and embroidered anecdote, since all that is preserved is a brief film record of the last four minutes, which are embarrassingly crude and seldom seen (one presumes, in consequence of the clownishly childish acting).

The later filmic Welles — the Welles of the completed 1948 low-budget Macbeth for Republic Pictures; of the European Othello completed in 1951; of the valedictory 1965 Falstaff amalgam Chimes at Midnight; and of fragmentary stabs at The Merchant of Venice — is shamelessly plundered by Coen, especially in his sets and photography, though none of the self-impressed Hollywood sharpie’s energetic picking of Wellesian pockets embues his golem production with the slighest natural life. Given the drastic difficulties suffered by Welles in bringing his own films to some sort of exhibitable fruition, as well as the deep emotional resonance of his lead performances in them despite appalling odds, the smooth and narcotizing blandness of Coen’s glibly lauded and smoothly financed excretion should trigger the gag reflex of anyone not already choked to death by the mephitic effronteries of fanged Usura over the past 75 years.[1]

Particularly galling is Coen’s Philistine necrophagy of Welles’s inspired and original cinematography, and the minimalistic sets he employed of financial necessity (and in keeping with the necessary frugality of the shattered postwar West, in those precincts unfellated by speculation). Here Finance makes a sport of the suffering of others — its natural and preferred food — whilst gesticulating vulgarly, to the simian cheers of its witless and epicene confederates. But, as with most incursions of the Pharisaic Egregore into the visual arts, the clumsy execution of the Coen mess belies a native inability to cognize beauty in its visual element.[2] One also senses a callow plundering of Expressionism and the visual inspiration of a film like Charles Laughton’s The Night of the Hunter (1955).

Similarly, the use of black and white here reflects a visual and moral conception more analogous to the stultification of luxury print advertising than to spirited dramatic art. Lighting is repeatedly used to cultivate cheap emo-type effects bearing no relation to the drama. The problematic resolution of high-definition cameras gives everything a sandpaper overlay, and the chiaroscuro aesthetics appear drawn (with much else) out of Robert Mapplethorpe’s ass. To witness this cold mess is like drinking ink, and it flattens the eyes without accomplishing anything but the occupation of time.

To Coen’s credit, he does not crudely foreground the presumable racial subtext to the casting — which is also euphemized by the presence of patently unfit players of all races — though there are several awkward instances of interracial employments of “cousin,” which just seems weird (Bronowskian kinship fantasies notwithstanding). The black and white visuals also lessen the discordant and obviously non-Scots cast, though at least one Caucasian player is given wild eyebrows in a sort of feinted Braveheart mode, for no apparent reason except to help the medicated audience track him through their SSRI haze.

The tornado at the beginning of the 1939 film version of The Wizard of Oz has more interior logic than this dog’s breakfast of vomited chiaroscuro. But Coen fails to realize that Theft is not Manifestation, any more than Calamity is, in itself, Rebirth. This glandular fiasco aggrandizes the calamity of finance by standing on the prostrate corpse of a putatively vanquished foe, bellowing.

It is time for us to arise.

[1] In addition to the well-known Canto XLV of Ezra Pound, the signal and exemplary Canto XCIX as read by the Rapallo master, readily available online, is here commended to the reader’s attention.

[2] Even the admirably considered visual aptitude of a Stanley Kubrick is perhaps just a highly advanced form of calculation.

» The FBI Sheds Light on Who Martin Luther King Really Was