When I Became a Man 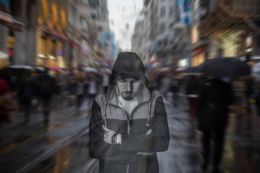 If you’re a long-time reader of my oeuvre here on Counter-Currents, you’ll know that I spent the last year dreading my 30th birthday. Part of it is exaggeration for comedic or dramatic effect; while I write to introduce ideas, spotlight problems, and provide prescriptions and analyses, I recognize that I also write to entertain. I took time out of my busy day when I was a humble office rat to read Counter-Currents. Sometimes, you enjoy the long thinkpieces with a big pot of coffee. Other times, you’re too knackered to do that, or you’ll appreciate an aside here and there. Hey, I didn’t invent it. It’s called gonzo, and it’s not just a Muppets character.

But the dreaded date came and went, and now I’ll have to think of a new running gag and Klagengrund. It was less dramatic than I imagined it. I had no grey hairs, my knees did not worsen or improve, and I’m still the cantankerous curmudgeon I’ve been since the late ‘90s. I was not inducted into any council of elders. Two days later, a shop assistant addressed me as “young man.” I retorted that I’m not a young man, having turned 30 only two days earlier. She laughed and asked what she should feel like, being 47. She didn’t look a day over 40. Some people have all the luck.

And yet, there is the sensation that somehow or other, a chapter of my life has concluded, and I could not shake the feeling that it had been bad. Mrs. Jeelvy is fond of asking, “Why did we have to be born in this time?”, by which she means the time of rule by anti-white globalists, mandatory vaccinations against a disease less dangerous than the vaccine itself, faithlessness in both the religious and moral sense, and simultaneous economic hardship and decadence. The first three decades of my life were what the Chinese would call interesting times. But in a personal sense, beyond all the global and even local problems we are facing, I found myself dispossessed and wronged at a very deep level.

Reading Mark Gullick’s thoughts on Herman Hesse’s The Glass Bead Game, I found what I consider to be the root cause of the deep sense of malaise in my being. Hesse wrote about the pedagogical practices which arose as a reaction to the so-called Age of the Feuilleton, and to me they’re as distant as Castallia. I am fully a child of the Feuilleton Age. I was educated in it, molded by it, and groomed to embody it — or at least what it considers as an intellectual. Hesse holds up a mirror, and like a Lovecraftian protagonist, I gaze upon my reflection and see a twisted, deformed thing.

Man is a creature whose total maturation period is the longest among animals. I’ve seen research which seems to indicate that the male prefrontal cortex isn’t fully formed until age 30, although a very religious scientist recently told me that the age of full maturation is probably 33, which is why by tradition that was Jesus Christ’s age at the time of the crucifixion. We are sexually and otherwise mature much earlier than that, but our brains are so complex that they take 30 years to complete their development — and this development isn’t merely biological. Much of human developmental biology is handled by the surrounding society; social epistasis, as the HBD crowd would call it. Growing up and maturing in a malformed, sick society is in this sense analogous to being carried to term by a crack-addicted mother.

When I read some of the other writers here on Counter-Currents, especially some of the older ones, I am seized by a mixture of envy and sorrow. Someone took them when they were younger and made them into the men they are today. By contrast, nobody saw fit to nurture my talents. Oh, I was a very smart boy, the apple of my parents’ eye, recognized as gifted by anyone who met me, and nothing came of it because globohomo has no need of savants. If you want an image of my life, imagine a man dragging his bulbous, oversized head behind him like one would a ball and chain. The great mind, when undeveloped by the surrounding society, is nothing but an impediment. I’m not a scholar because I lack scholarly discipline. I am not a philosopher because I lack philosophical methodology. What am I? I am the future of every gifted child growing up in the West today: a feuilletonista.

My education was not such as would have been given to a person of my gifts in saner times. Rather, I was caught between escalating SJW social policies and the neoliberal insistence that education produce workers with “marketable skills.” The result was alienation and truancy, and graduation through feuilletonoid reproduction of factoids unrelated to each other, or to a more coherent vision. Someone once noted that I have no method in my thought. The reason is quite simple: Nobody ever taught me any method; they all expected me to read from a textbook, repeat what I’d read, and that somehow, that would magically introduce the ability to work and think. Alas, people need to be taught to do things if they’re to do them.

We were encouraged to be “self-starters.” Within those words was our elders’ expectation that we’d somehow or other grow up to be men without their guidance and assistance. Did they really believe that old crap about pulling themselves up by their bootstraps? My parents, who provided minimal and grudging assistance to help establish my own path in life, received every possible manner of assistance from their own parents. When my mother screams at me to “become independent already,” she neglects to mention that my grandfather had found her first job for her when she was 22, bought her first house for her when she was 25, loaned her the money she needed to start her business when she was 45, and still helps her financially and with guidance.

But the curious thing about life is that it finds a way. Seeing my education, my Ausbildung abandoned by my elders, I wasn’t content to let my talents be wasted on alcoholism and hipsterdom. I became the self-starter, the autodidact I was expected to be. In so doing I discovered the alternative story of Western civilization. Always enamored of history, I discovered revisionist history. Having developed an unhealthy habit of writing creative fiction, I devoted myself to understanding language, and specifically the way in which it is used to weave stories. I did not realize it at the time, but I was slowly but surely initiating myself into the Dissident Right. I did not know there were other dissidents, but I did know that the mainstream was lying to me.

Just as a survivor of abuse learns to pick up the pieces and carry on, so did I. Despite my intellectual development having been stunted due to being miseducated at the tail end of Western civilization, I tried to overcome the challenges of my circumstances. While I’m content with the results so far, I cannot shake the feeling that something beautiful has been destroyed and that whatever my full potential was, it will never be fulfilled. The damage wrought by my miseducation is probably too severe.

That brings us here, to Counter-Currents, the university of the Dissident Right. It is also a remedial school for those of us damaged by the miseducation system. Mr. Cleary is right to note that I and others had never heard of Johann Gottlieb Fichte. Well, I’d heard of him, but never understood his importance. Before that, I hungrily devoured Mr. Cleary’s series on Heidegger. Nobody had seen fit to instruct me in this manner during the course of my miseducation. Martin Heidegger was presented to me as just one of those wacky Germans who invented postmodernism. Oh, and a Nazi. This wasn’t limited to philosophy, either. I, who had never shied away from the spooky and occult, had to become a dissident and come to Counter-Currents to learn about Neville Goddard and New Thought from the reclusive and eccentric Mr. O’Meara.

My time spent here as a contributor and compatriot has been a time of healing. The great festering wound of my miseducation has slowly been closing. I find myself engaged and interested in a way I never experienced before. Naturally, this is augmented by the purpose that has been given to my life by service to our cause. The hipsterdom of my twenties was ironic postmodernism, grinning inanely as it reveled in meaninglessness and ephemera. How silly I was — how blind, how immature — yet in my immaturity, I longed to find manhood and meaning. That period is has ended.

When I became a man, I set aside childish things.