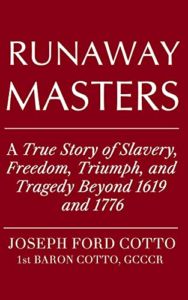 Some time ago I considered writing a white advocate-style article about one of America’s longest-running brush wars. My research centered on the outstanding book, History of the Second Seminole War, 1835-1842 by John K. Mahon. I didn’t write the article because I thought that the conflict could only be packaged as ancient history, an old-style Indian War best memorialized in some campy Western film from the 1930s.

I learned some interesting things, however. That conflict was the first time the United States Navy and Army routinely worked together in joint operations. I also found it remarkable that the American soldiers preferred using a reliable, old-style .69-caliber flintlock rifle at a time when firearms developers were producing more advanced designs, such as rifles using percussion caps and/or breech loaders. The Seminole warriors had those newer weapons. The Seminole Wars were waged at a time when old and proven technologies held out against newer, but unwieldy, designs. 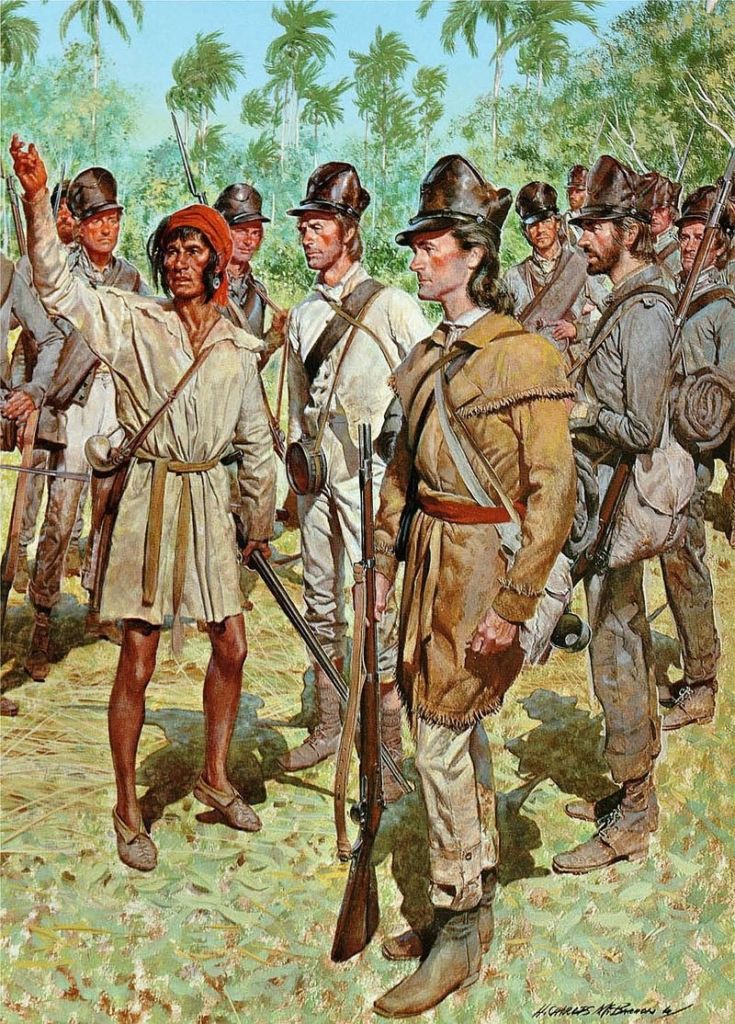 American soldiers in the Second Seminole War (1835-1842). The troops wore uniforms that were suited to Florida’s climate and terrain.

Upon reading Baron Cotto’s excellent history of the conflict, I realized that my previous interpretation of the Seminole Wars was wrong. The conflict’s problems were remarkably similar to modern ones in several ways, which I’ll get into later.

There were three separate wars. The first was from 1816 to 1818. Andrew Jackson, who later became the seventh American President, was a soldier and military commander in the first conflict, and he was President during most of the second. The final war, in which Franklin Pierce was President, lasted from 1855 until 1858. By the end of the third, most of the Seminole were relocated to an ethnostate in what was then called Indian Territory, but some remained in Florida.

The first parallel to modern events is that imperial powers had interests in a particular region — Florida –, but they were not willing to formally and directly attack the other empires over it. They used vague and deniable campaigns to try and get their way. To explain this simply, the British had several “agents” arming and organizing the Indians against the Americans, but only in an unofficial capacity. When Andrew Jackson executed some of them in 1818, the British were angry, but didn’t go to war.

Jackson’s campaign was likewise unofficial. President Monroe’s orders to him were vague enough that he could disavow Jackson if things got out of hand. Jackson himself issued vague orders to his subordinates using the same logic. The parallels between the actions of the British and Americans in Florida and Russian deployments of “volunteer mercenaries” in Syria or Ukraine, or “criminal syndicates” in Siberia waging cyberwarfare against America, are obvious.

Jackson’s Yeomen against the BIPOCs

The second parallel is the Seminole Wars’ likeness to modern RaHoWa. The antagonists were Anglo-American yeomen who supported Andrew Jackson against a coalition of blacks, indigenous peoples, and “people of color”: BIPOCs.

In other words, the Seminole Wars were demographically akin to Trump’s Anglo-Americans squaring off against Obama’s BIPOCs aligned with foreign, mattoid, and renegade whites. The primary “indigenous” people were the Seminoles, an offshoot of the Creek Indians. The word Seminole means “runaway” in the Muskogean Language, which itself comes from a Spanish loanword, cimarrón, referring to cattle that had run off and become wild.

The wars were waged in the manner of that modern misnomer, “low intensity combat.” This means that rather than large-scale fighting such as the Meuse-Argonne Offensive, the battles were small actions in the forested hinterlands. For those involved, the combat was highly intense.

The problems in Florida were an outgrowth of the Napoleonic Wars. In the United States’ early years, Florida remained a Spanish colony, but the bloodbath in Europe caused their authority to collapse across most of their holdings in the Americas. As Spanish rule in Florida weakened, British agents moved in, built a fort named the Negro Fort, then armed and equipped sub-Saharans. At the same time, the Seminole Indians went about raiding American settlements in Georgia while more and more sub-Saharan slaves were escaping to join the Seminoles. In 1816, sub-Saharan Africans from the Negro Fort attacked an American supply boat, massacred some of its crew, and burned a man alive. This triggered the American response under Jackson’s command.

The central event in the first Seminole War was Andrew Jackson’s capture of the Negro Fort. US Navy warships bombarded the fort with heated artillery shells called “hot shot.” One of the super-heated cannonballs hit the powder magazine, and the fort and most of its occupants were destroyed in the ensuing explosion.

From the American perspective, Jackson captured Florida, but his aggressive and “unauthorized” actions led to a domestic crisis. Many of his political rivals in Washington felt Jackson was intent on becoming a military dictator. Only the US Secretary of State, John Quincy Adams, supported Jackson openly.

With the American army encamped across northern Florida, the Spanish decided to sell the territory to the United States, but that sale merely ended the pretense of Spanish rule in Florida. The BIPOC problem remained unresolved.

Seminole raids were mostly like other Indian raids; what was unique about them was the issue of runaway sub-Saharan slaves. The sub-Saharans that went to Seminole-controlled Florida really only went from one form of slavery to another. The Seminole allowed the sub-Saharans to form their own communities and farm in their own way, but they in turn had to give the Seminole a third of their produce.

Baron Cotto shows that the relationship between the Seminole and sub-Saharans was fraught with potential trouble. Although he doesn’t mention any examples, it is obvious that when it came time for the Seminole to collect their share of the sub-Saharans’ produce, the possibility of conflict would have been very high. 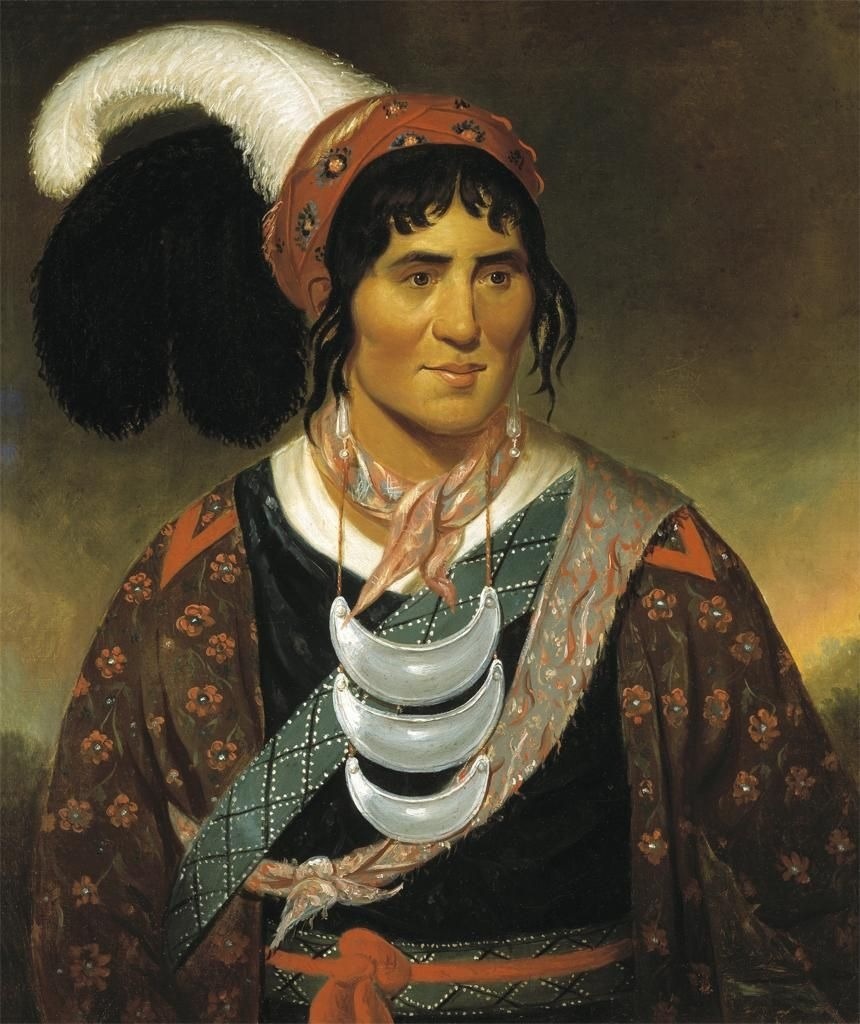 Osceola (1804-1838) was the Seminole Indian’s war chief during the Second Seminole War. He was not a full-blooded Seminole. He had considerable white (Scottish) ancestry. Today, many Seminole have intermarried with whites. Many of the most valiant and effective Indian chiefs, such as the Cherokee’s John Ross and the Comanche’s Quanah Parker, had a great deal of white ancestry.

Once the Americans began operations in Florida, it was only a matter of time before the relationship between the Seminole and their slaves broke down. At first, the Seminole armed their Africans and employed them as soldiers, and this proved quite effective for a time. There were even sub-Saharans who worked their way into positions as guides for the American Army, after which they would lead the whites into ambushes.

Although it was not expressed in such terms at the time, the Americans developed a strategy for victory by giving the Seminole their own ethnostate in what is now Oklahoma. There was always a sticking point about what to do with the Seminole’s slaves, however. Brigadier General Thomas Sidney Jessup ultimately issued a declaration in 1838 promising freedom to any “Seminole Negro” who would cease fighting and self-deport to Oklahoma.

Jessup eventually withdrew the declaration due to Seminole complaints about it, but the sub-Saharan “Seminole Negroes” started to head west, anyway. The Seminoles were infuriated by this, feeling betrayed. Eventually, many of the Seminoles and their sub-Saharans either surrendered or were captured and sent to Indian Territory. The Seminoles remaining in Florida retreated to the area south of the Peace River. 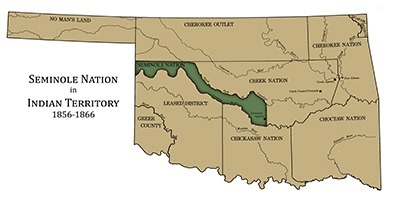 The Seminole lost Florida, but gained an ethnostate in Oklahoma. 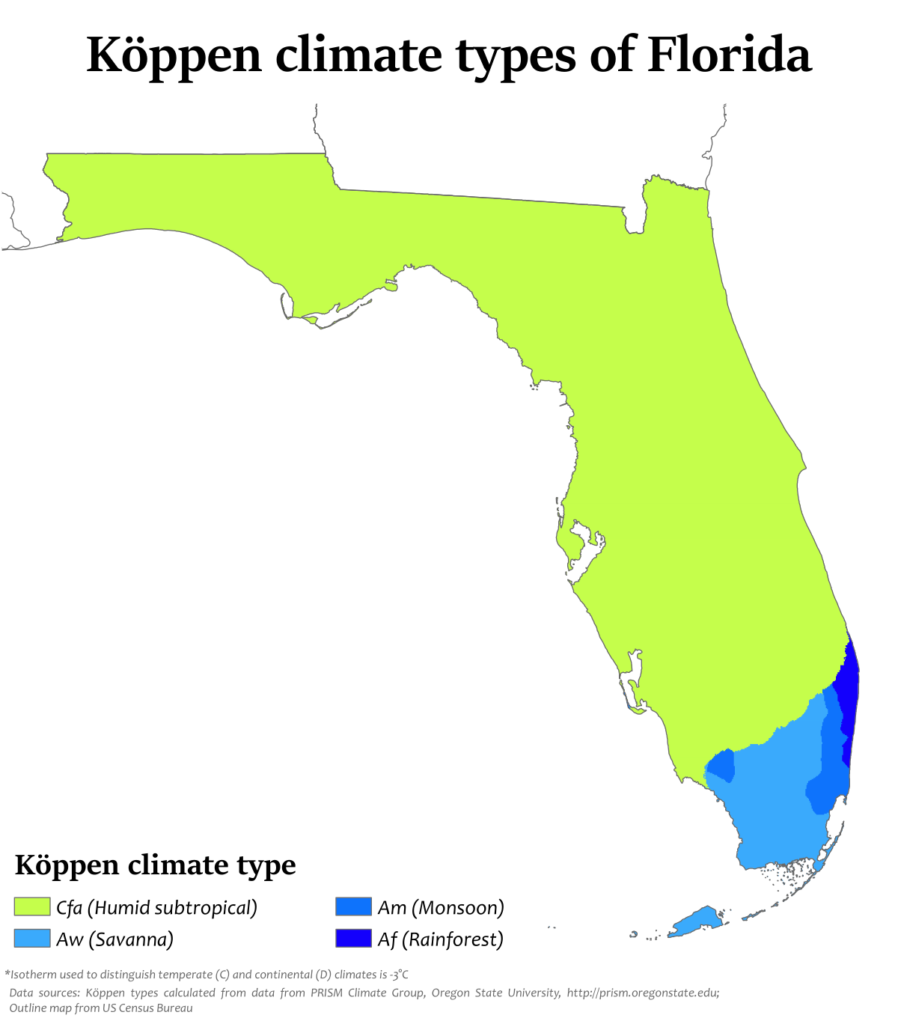 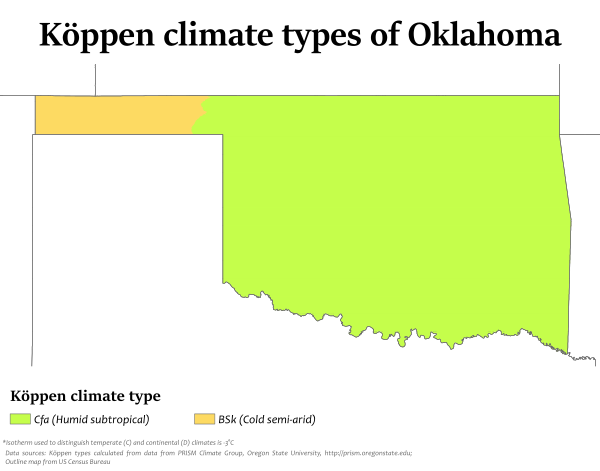 While Oklahoma is colder and drier than Florida, its humid-subtropical (Cfa) climate is not entirely different.

The Seminole in Florida continued to fight, on and off, until 1858. By that time, they had etched their culture onto the rest of Florida. Many of Florida’s place names come from the Seminole language. The tribe also enjoys economic monopolies, casinos, and other special considerations today, but the Seminole/sub-Saharan alliance turned out to be a poor relationship. To use an analogy, the Seminoles eventually wanted a racial divorce, but the sub-Saharans did not.

The Seminole Tribe in Florida has provided their sub-Saharans a “glorified housing development” that is far away from the rest of the tribe. Baron Cotto argues that the Seminole Negroes in Florida will have a more “black future” than an Indian one.

In Oklahoma, the Seminole were placed on a reservation alongside the Creek Indians. Although the Seminole were related to the Creeks, they had broken away and were not entirely happy to be reunited with their Creek cousins, resulting in some friction. The main outcome was that the sub-Saharans were subjected to a plantation model of slavery in Oklahoma no different from what was going on in the American Deep South at the time.

Baron Cotto describes the relationship between the Seminoles and Creeks in depth, as well as the court decisions, treaties that were signed before and after the Civil War, and how they were officially counted as part of one tribe or another. There was even a group of Seminoles that went to Mexico to get away from the problems in Oklahoma. Many of the Seminole’s sub-Saharans moved to the cities and assimilated into the more generalized sub-Saharan culture in America’s ghettos.

The story of the Seminole Wars is far more complex than the cheap, modern Leftist narratives that drip with self-righteous virtue would have you believe. The Seminoles did indeed treat their sub-Saharan African slaves well for a time, but the relationship ended up being costly, unstable, and ephemeral. One could cynically say that the Seminoles suffer in same way that American whites suffer from race-hustling and demands for reparations. Wars end, and enemies become friends — but cheap sub-Saharan labor seems to always end up being a burden forever.