What I Learned at Catholic School 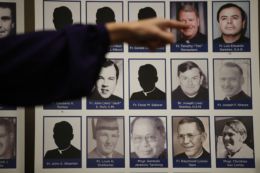 I attended Catholic high school at Cardinal O’Hara in Broomall, Pennsylvania from 1975 to 1979. I’d estimate that at the very most, 20 priests taught there while I was a student. At least six of them — Father Jones, Father Giliberti, Father McCarthy, Father Cannon, Father Gallagher, and Father Close — subsequently faced multiple allegations of sexually abusing schoolboys there. Father Jones gave a nasty sermon at my father’s funeral. As my sophomore biology teacher, Father McCarthy taught 14-year-olds about sexual reproduction. Father Gallagher was my junior-year French teacher. Of those six priests who were accused, the only one whom the Catholic authorities did not deem the allegations to be credible against was the latter, Father Close. His male accusers had also gone to the police but were informed that the statute of limitations had already expired.

I attended grade school at Holy Cross Elementary in Springfield, Pennsylvania from 1967 until 1975. We were taught entirely by nuns and hardly ever saw the priests from the adjacent church. The nuns, though, were so viciously sadistic that they were primary contributors to my lifelong misogyny.

When the high-profile Catholic priest abuse scandal broke out in Boston in 2002, I wondered why no one had ever written about sexual abuse by nuns. In the course of writing a full-length article for HUSTLER on the topic, I realized there had already been a couple books written about it. I also realized that, as I suspected, the nuns were far more brutal in their sexual abuse than any story I’d ever heard about priests.

I only recently heard from a kid who grew up across the street from me that one of the nuns at Holy Cross had been accused of molesting a pair of twin boys at the school. It was the first time I’d heard of nuns actually diddling students there, but they were extremely keen on public sexual shaming and humiliation — but only of boys. On the first day of first grade, when a pair of boys brawled out in the schoolyard, one of the nuns made them kiss each other on the lips in front of the entire class. The nuns were also unremittingly violent — but again, only against the boys.

My Catholic education was instructive, but not in the way my educators likely intended. It taught me that it’s dangerous to give any human being that much moral authority over anyone else, because it often shields them from repercussions. I’ve seen this template repeated in endless permutations throughout my life: Beware of the “good” people, especially the ones who consistently make a point of being good, because they are often the worst. The very fact that they have to keep announcing that they’re good suggests they aren’t very secure about it. And they tend to use the idea that they represent the ultimate good as a shield they hide behind to inflict all manner of harm upon others. Even Jesus talked about those types.

For me, it led to a lifelong, and highly justified, suspicion of moralists. Once you snatch the good-guy shield away from their hands, they are invariably bastards. And it doesn’t matter what cause they’re hiding behind. What matters is that they’re hiding behind a cause. Their life is one long cycle of protesting too much.

A major report was released this week in France estimating that over the past 70 years, Catholic priests and clerical workers in that country sexually abused up to 330,000 children. That number far exceeds the totals found in similar studies from other countries — which are confined strictly to actual allegations — whereas French researchers arrived at their totals by “extrapolating the number of victims based on study of specific incidents and nationwide surveys.” The study, which did not examine adult victims, concluded that four out of five victims were boys. It also estimated that the average perpetrator claimed 70 victims. Lead researcher Jean-Marc Sauvé said:

Until the early 2000s the Catholic Church showed a profound and even cruel indifference towards the victims. [Their] failures and silence [were] systemic . . . the Catholic Church is, after the circle of family and friends, the environment that has the highest prevalence of sexual violence.

Olivier Savignac, profiled in the study, claims he was molested at age 13 at a Catholic vacation camp in southern France by a camp director he says was accused of sexually assaulting numerous other boys:

I perceived this priest as someone who was good, a caring person who would not harm me. But it was when I found myself on that bed half-naked and he was touching me that I realized something was wrong. . . . It’s like gangrene inside the victim’s body and the victim’s psyche.

Mirielle, now 71, claims that she and a female friend were abused by a French priest while in their teens:

I think that each victim experienced it as if they were the only one [victim], and that’s part of this phenomenon involving control and secrecy. . . . We are in a condition of submission . . . in a mental captivity. So we follow this person who suddenly takes power over us. . . . We are caught in a spider web.

Another girl named in the report only as “Marie” says that she was sexually abused by nuns, who’d often penetrate girls at her boarding school with crucifixes:

She would take me to her office, lock the door, and then draw the curtains. After which she would put me on her knees . . . while she squeezed me with one hand to her chest and pulled down my panties with the other hand. We were of course in pleated skirts and not in pants. It terrified me and paralyzed [me].

But Marie said that when she told her parents, they called her a “pervert” and a “vicious liar.”

There’s far more than this recent report from France — enough to kill your appetite for a week. Reports of priests using Grindr at the Vatican. Reports of German nuns pimping out “orphaned boys to predatory priests and perverts for decades.” A book that claims “four out of five Vatican priests are gay.”

But there seems to be a delusion floating around the weird and severely online world of neo-traditional Catholicism that pervert priests are the result of post-Vatican II modernity.

The Liber Gomorrhianus (Book of Gomorrah) was published by the Benedictine monk St. Peter Damian around 1051 AD. It alleged that all manner of vices were abundant in the Catholic Church, including priestly molestation of boys. In the late 1400s, a German abbess named Katharina von Zimmern and her sister were removed from their abbey after claiming that priests had molested them. In 1531, Martin Luther alleged that Pope Leo X shot down a measure restricting the number of boys that cardinals could consort with, “otherwise it would have been spread throughout the world how openly and shamelessly the Pope and the cardinals in Rome practice sodomy.”

The 1836 book Awful Disclosures of Maria Monk, which was described by Richard Hofstadter as “[p]robably the most widely read contemporary book in the United States before Uncle Tom’s Cabin,” spun lurid tales of infanticide and rape of nuns by priests in Montreal. Many view the book as nothing more than fictional anti-Catholic propaganda.

A report by the Australian government found that

the most notorious cases of sexual abuse in the Australian church occurred in institutional settings in the 1940s–60s by men (and sometimes women) who were thoroughly trained in the strict morality and rigorous piety of the pre-Vatican II church . . . the ranks of abusers cuts right across the lines of conservatives and liberals, with both sides having their fair share of abusive clergy.

Based on all this, it’s evident that Demon Modernity isn’t what caused priests and nuns to grope, rape, beat, and humiliate children; it’s what caused people to start talking about it on a large scale.

But it’s not just Catholicism.

It’s more than difficult to arrive at specific numbers regarding sexual abuse — it’s impossible. Regarding adult rape of women by men, if you defined a true allegation only as one that results in a criminal conviction, then nearly all women would be lying. I’m not saying that women don’t lie about rape — they lie about it all the time — but factors such as DNA evidence, lack of eyewitnesses, passage of time, disinterested prosecutors, and biased juries all muddy the process.

What makes things muddier to the point of opacity is an institution that claims a monopoly on truth and righteousness and has an estimated $150 billion in assets to defend. And if the veneer of truth and righteousness slowly starts to fade, it will be increasingly difficult to accrue any new assets, much less hold onto the ones already acquired.

Keeping in mind that sexual-abuse statistics are notoriously slippery, one Catholic cardinal estimated that about one in 25 priests — “and mostly in the 1960s and 1970s” — have had sex with a minor. But according to Newsweek, that aligns closely to the quotient of all adults who’ve dabbled in pedophilia.

Some studies have found that you’re much more likely to be sexually assaulted by a public schoolteacher than by a priest. Others say that if you’re really itching to be molested, join any Protestant denomination, but especially the Jehovah’s Witnesses; the Catholics simply don’t compare.

What I learned at Catholic school was to distrust anyone who claims a monopoly on truth and righteousness and uses it as a whip against you. But even the lead investigator of the recent French report clarified that the Church took second place behind “the circle of family and friends” when it came to “sexual violence.” Although I was fortunate enough to evade sexual abuse both at home and in school, I wasn’t so lucky at either place when it came to violence. So I didn’t learn anything at Catholic school that I hadn’t already been taught at home.