Owning the Libs, Stanning the Empire 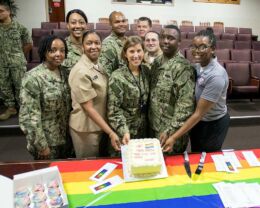 America left Afghanistan in the most humiliating fashion possible. The government and military it spent trillions of dollars building collapsed almost immediately in the face of a Taliban offensive, proving even the most pessimistic predictions of the experts wrong.

The images coming out of Kabul are as astounding as the ones the nation remembers from Saigon in 1975. Conservatives are having a field day with the debacle and heaping scorn on President Biden. Apparently, they had a better plan for the departure from Afghanistan that they had initiated.

The whole affair proves how much of a joke our empire is. In spite of all our wealth and might, we can’t cobble together a semi-competent puppet government after 20 years. A bunch of cave-dwelling militants easily defeated the “well-equipped and well-trained” Afghan army. Every expert, from the generals to the State Department to the CIA, promised that the government would at least last long enough for us to accomplish a safe withdrawal. They were completely wrong.

The primary takeaway from this disaster is that our empire is extremely incompetent, doesn’t serve our interests, and should be dismantled.

But that’s not the takeaway for conservatives. Instead, they’ve shown their complete lack of principles and overriding commitment to shallow partisanship by upholding the empire against the DemoKKKrats. Not only are the Democrats the real racists, they’re also the real Taliban supporters! Conservative reactions to the Afghan pullout have been nothing short of pathetic and counter-productive. All the America First talk has fallen by the wayside, and neocon arguments have returned to the fore.

This was best exemplified by a viral clip that conservatives gushed over. Matt Zeller, a former CIA analyst and head of a group dedicated to bringing thousands of Afghans to the United States, became a star of the American Right thanks to an MSNBC appearance. In the clip, Zeller excoriates Biden for leaving “our allies” behind and not doing enough to get tens of thousands of Afghans into the US. Zeller says that we should take in at least 86,000 Afghans whom he identified as “allies.” He also strongly rejected the notion that the Afghan National Army, which surrendered to the Taliban virtually overnight, deserves any blame for the disaster. His overall point was that the empire should be trusted and that responsibility for the failure lies with the American people and those of its elected officials who demanded a withdrawal.

Zeller doesn’t directly say that we should have stayed in Afghanistan. Few besides Bill Kristol and the most diehard neocons dare to say that. He simply says that we botched the withdrawal. That’s the standard conservative line nowadays: “We have no problem with leaving, we just have a problem with how we left.” It’s not clear how a better pullout could have been conducted without keeping troops there, however.

President Trump could never have completed the withdrawal himself due to the intense pushback he would have received from his cabinet, the generals (who repeatedly showed insubordination throughout his presidency), his own party, and the media. Trump had wanted to pull out before his term ended, but these elements prevented him from doing so. Theoretically, he could have done it anyway — but he probably would have been impeached again. The Republicans care more about the interests of the military-industrial complex than they do about January 6.

Biden, on the other hand, still has the support of most of his party and much of the media. He will survive this PR disaster. Indeed, the one good thing about the media’s love affair with Biden is that it allowed us to leave Afghanistan.

Republicans hope they can use the Afghan withdrawal against him. This will be terrible for the American Right. If the Republicans base their strategy on criticizing Biden for Afghanistan, the implication is that we should have stayed and that we may need to re-invade the country to protect ourselves from the terrorists. And at the same time they will agree with Biden that we need to take in our wonderful Afghan allies, despite the fact that they refused to fight for their country, raked in bribes, and kept child sex slaves. At least some bipartisanship can be found!

Braindead partisanship is a standard feature of American democracy. Both Democrats and Republicans are equally guilty of it. Democrats became big fans of the CIA, the FBI, and forever wars in response to Trump. Now the Republicans are falling in love with the same empire that wants to throw their base into prison camps because they think they can use it to hurt Biden. And even though the generals say “white rage” is the number one threat to the country and that we must teach critical race theory to soldiers, conservatives still treat them with reverence.  They aren’t responsible for the Afghan mess; Biden is!

Politicians and commentators rarely see the big picture and prefer scoring cheap points for short-term gains rather than making any substantive analysis. Trump pushed Republicans in the direction of America First, and many Republicans and conservative outlets supported him when he announced the Afghan withdrawal and in his desire to see America give up its role as the world’s policeman. But one spectacle is all it took for them to reverse themselves.

The furor over the pullout is only a distraction. This chaos was inevitably going to happen whenever we left. How could there have been a better withdrawal when our supposedly staunch Afghan allies wouldn’t even fight? Moreover, why should we care that Afghanistan is now going to shit? Why should we care that our military looks buffoonish now, and that no foreign country will ever trust the State Department again? Or that “evil” countries will now be less hesitant to wage war against us? Why does this matter?

Unless you work for the actual evil empire – ours – none of this is of concern to us. The empire’s success is our own misfortune, and its misfortune is our hope. If we had had an orderly withdrawal, it would only have inspired more confidence in the empire. The current debacle shows it for what it really is. That’s a reason to celebrate — not to get angry and start repeating neocon talking points.

The American Right must reorient itself to oppose the empire. The empire doesn’t represent the American nation, it doesn’t serve our interests, and it doesn’t deserve our loyalty. The empire went to Afghanistan to root out Islamic terrorists. Now we are not even allowed to say “Islamic terrorists.” Its spokesmen say that the real threat is white people, not jihadis in caves.

The empire stayed in Afghanistan for as long as it did to keep up the pretense that we were there to spread rights for women and gays. None of those things concern us. In reality, it was about the empire sending a message that our troops are everywhere and that America is invincible. Pulling out, especially in such a humiliating fashion, undermines that image. No conservative should shed tears over it.

But making this reorientation faces a serious hurdle in conservatives’ ever-present desire to score cheap partisan points. While this is a standard feature of our democracy, the Republicans seem to be particularly mired in it. They have no real agenda aside from doing things which show that “Democrats are the real racists.” Democrats do this as well, but they at least have a vision of how they want the world to be. Republicans can only muster soundbites about “this reckless President.” In the end, this reduces them to imperial pawns. If Biden won’t be a firm supporter of the empire, then dammit, Republicans will!

So now we’re about to endure an insufferable cycle of hearing Republicans complain about women’s rights in Kandahar, GOP governors begging for Afghan refugees, and demands that we need to listen to the generals and commit more resources to foreign interventions. Don’t buy the line about “supporting the withdrawal but not liking how it was conducted.” It’s a ruse to get you to support the empire. When the empire has egg on its face, it’s not your task to exculpate it and blame its preferred scapegoat instead.

The empire is humiliated, but it’s not broken. The Soviet Union collapsed two years after its own withdrawal from Afghanistan, and some are hoping for a repeat of this in America — but this is far too optimistic. American troops are still stationed throughout the world, our financial power is still dominant, and our degenerate culture still reigns supreme. NATO and the other international bodies aren’t going anywhere. States aren’t going to secede from the US anytime soon. The empire is now weakened and disgraced on the world stage, but it’s far from being on its last legs.

One of the many reasons why the empire will continue is because conservatives still pledge allegiance to it. They’re incapable of separating the historic American nation from its foreign policy, and they’ll still sign up to fight its stupid wars. The empire can carry on for as long as it has loyal serfs, and those serfs are middle Americans who are conned into feeling rage over non-issues such as the Afghan withdrawal.

The sooner Americans cheer and laugh at these failures, the sooner we can reclaim our nation again. The empire isn’t ours — but this nation is.