How to Quit White Nationalism 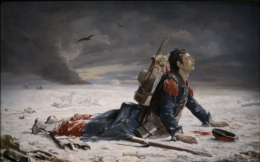 Editor’s note: This article is adapted from the original post on Beau Albrecht’s blog here.

First of all, if you’re going to be a quitter, do it for the right reasons. If you’ve reconsidered or found that your beliefs don’t match your new ideology, that’s acceptable. It’s a legitimate reason. If you want to support mainstream conservatism instead, well, that’s up to you. I’m not so sure that Jeb Bush or Ted Cruz or some controlled opposition figure really will save this country, but believe it if you will. If you want to be a liberal, that’s your call too. Actually, that will be a good thing if you also can figure out how to make money grow on trees; it’s a problem they’ve been struggling with for quite a while.

The catch is that after you took the Red Pill and found out how the world really works, enlightenment is a one-way street. Therefore, if you do a 180 degree turn and start rejecting everything that you once stood for — as opposed to choosing a more moderate viewpoint — then be aware that you’re making yourself look pretty silly. Moreover, if you abandon the Alt-Right for something like Marxism, feminism, anarchy, or some oddball cult, then you probably never were with us for the right reasons and shouldn’t have joined in the beginning.

Some people bounce around like that. The problem is that they tend to be loose cannons on deck and are rightly avoided. Hobbyists are another problem. We need more than just warm bodies. We have to be selective. In many ways, Rightists emphasize quality over quantity, and this is one of them.

It’s been said that the Alt-Right isn’t very welcoming. That’s a valid point, but there are reasons. We do encourage others to change their minds, get enlightened, and step out of The Matrix. There also should be reasonable room for forgiveness of past mistakes. (We’re not living in a traditionalist society, and not many of us in Clown World remained unscathed all our lives.) Still, “Saul on the road to Damascus” type conversions don’t always gain immediate acceptance for reasons that should be pretty obvious.

It’s also important to prove oneself. Basically, show that you’re serious and willing to take action. Those who don’t earn a little proper street cred might end up disgracing themselves and leaving the wrong way.

Bad reasons to be a quitter 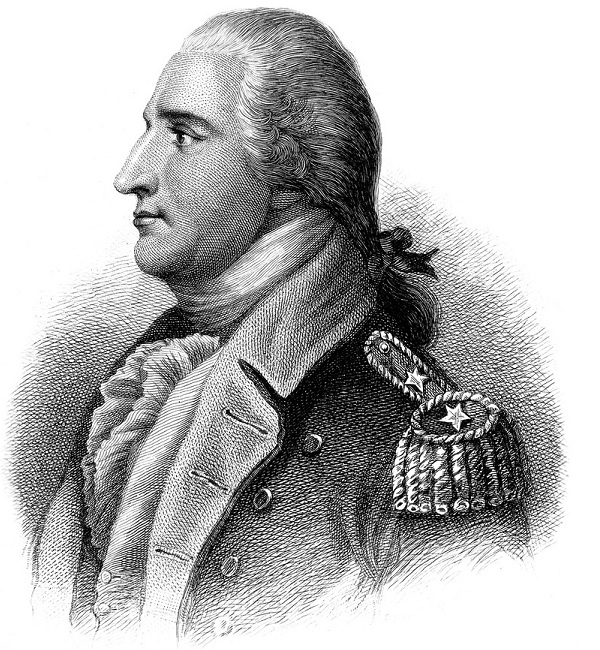 One bad reason to be a quitter is because of minor differences of opinion. These things shouldn’t get in the way. If your friends are 95% on your wavelength, why get too hung up on the other 5%? There’s certainly room for constructive debate on ideology, tactics, and so forth. Still, the operating word is “constructive.” Other than that, never let the perfect be the enemy of the good.

The Alt-Right isn’t unified and monolithic. (There are reasons why this is a good thing.) You might find a different variety that is a better match for your views. Alternatively, you can go it alone and explain your own perspectives. Finding that you disagree with some of the Alt-Right doesn’t mean that you have to give up everything and embrace Karl Marx, Andrea Dworkin, Mikhail Bakunin, Sun Myung Moon, or whatever.

Another bad reason to leave is because of personality conflicts. Granted, this is something we need to improve. We tend to be pretty individualistic. A few of us — most, unfortunately — have big egos. Corneliu Codreanu, in the Nest Leader’s Manual, emphasized that personality clashes must be put aside. The Iron Guard’s goal was Romania’s salvation, and bickering had no place. These days, we don’t have time for that either. Is some petty dispute more important than the fate of the country?

Codreanu also mentioned that the enemy attacks both by suppression and (if that doesn’t work) by trying to stir up internal conflicts. We need to be aware of this possibility too. Unfortunately, there are those who thrive on gossip or even are chronic troublemakers. One might wonder whose side they’re really on. That’s another reason why quality over quantity matters.

For the most part, Leftists settle their differences out of public view and then follow along with whoever is calling the shots. Furthermore, I’ll have to credit them for skillfully assembling a broad coalition that has little to nothing in common with each other except a grudge against normal society. (That’s contemporary cultural Marxism in a nutshell.) Then their united front goes after whoever they see as their enemies. It doesn’t always work perfectly, but they do a pretty good job of setting aside their differences to reach common goals. (I don’t care too much for their goals, but that’s another story.) If we did the same thing and stopped sniping at people on our own side, we’d be a lot further along.

The worst reason to be a quitter is if you get in trouble and then try to save face by turning your back on your old friends. Trouble comes in many forms these days. (If it’s legal trouble caused by doing something stupid, then you probably already gave your opponents a propaganda victory.) Long ago, Tom Metzger said something about those who get busted and then become renegades to seek leniency. Basically, it was that if you end up blubbering to the prison’s parole board that you found GEEEEZUS and renounce your cause, it would’ve been better if you never had attempted any activism beyond yelling at the tube. This principle also applies to those who think they can stop an HR inquisition or SJW mob by mouthing off about their old buddies, or outright throwing them under the bus.

Finally, if you get kicked out of an organization for doing something stupid, this isn’t license to get even with the people whom you disappointed. Instead, accept it quietly and learn from your mistakes.

The right way to be a quitter

If you’re leaving for the right reasons — again, finding that you have a substantial ideological disagreement — then you still need to exit the right way. This means go quietly, gracefully, and with no fanfare. There’s no need to denounce everybody or write nasty letters. If you badmouth your old friends, assuredly they’ll be saying much worse things about you.

One of the worst things you can do is go to the media and make some godawful confessional. Almost certainly it will be run through their narrative filter. They’ll also embellish it beyond your own stretching of the truth. Much worse, your interview will provide a little more grist for their propaganda mill. They will run their story about you, using it to push their poisonous narratives and fool the public a little more. You should’ve learned that the MSM is one of the main reasons why society is the condition it is. At first, you opposed this corrupt institution, and now you’re helping it, which is a lot worse than merely chickening out. Don’t disgrace yourself like that.

Can you go further with it? A few Benedict Arnolds got book deals. There even has been a docudrama or two. Still, don’t expect that you can cash in very much by selling out. Being a turncoat certainly isn’t a great career path. Get your fifteen minutes of fame some other way.

There’s another thing that you should know about being a quitter, all the more reason to leave the right way. If you betray your cause, you’re not going to get a lot of respect, nor will you deserve any. You’ll mark yourself as untrustworthy. Even your former enemies who use your story to their advantage will look upon you basically like an ex-convict. You’ll draw a lot of attention to yourself, and all the wrong kind. Don’t imagine that you’ll just go back to being a “normie” in everyone else’s opinion. Don’t count on a hug-fest either.

Perhaps even worse, obtaining political rehabilitation depends on sucking up to those who you knew darn well are a bunch of shmucks. You must seek the approval of presstitutes, “watchdog” foundation staffers, or other bottom feeders and make yourself useful to them. Do yourself a favor — preserve your dignity and self-esteem, and don’t go down that path. Again, if you’re disillusioned or changed your mind, you can just move on without shouting about it from the rooftops.

Chairman Mao said that revolution is not a dinner party, and I’ll have to admit that he knew what he was talking about with that. More to the point with our present situation, peaceful reform countering hostile entrenched forces isn’t a walk in the park either. It’s serious business, not a hobby, and not something to be set aside the moment it stops being entertaining. It’s a pursuit for the strong, decisive, and dedicated. If that’s you, then do your part. On the other hand, if you can’t shoulder the responsibility of standing up for your nation’s future, then find something else to do.

After you’ve taken the Red Pill, there’s no going back to blissful ignorance. Moreover, if you speak out or otherwise deviate from The Narrative, you’re part of the “basket of deplorables” that charming Hillary mentioned. Simply put, according to the opposition, you’re a heretic. The good news is that opposing globalist shmucks is a service to humanity. Remain aware that once you take a step into forbidden territory, the only way to go is forward toward victory. Running away is for losers.

Let’s wrap up here. Remember that if you want to be a quitter, any reasons other than substantial disagreement are bad ones. Also, avoid disgracing yourself. Don’t go to the media so they can write up yet another cringing confessional. Lastly, Samuel Adams — one of America’s Founding Fathers — had some advice for you:

If ye love wealth better than liberty, the tranquility of servitude better than the animating contest of freedom — go home from us in peace. We ask not your counsels or arms. Crouch down and lick the hands which feed you. May your chains sit lightly upon you, and may posterity forget that you were our countrymen!

» Resistance: An Interview with Fenek Solère