The worst event since 9/11 happened this week. No, it wasn’t another terror attack, nor was it a natural catastrophe.

Donald Trump supporters stormed the Capitol and . . . just kinda wandered around. Sure, they had to fight their way in and break through doors and windows to obtain their objective. But the violence was far tamer than what we witnessed in nearly every American city at the hands of Black Lives Matter and Antifa.

The one person killed was a Trump supporter who was executed for the grave crime of trying to climb through a window.

Three other Trump supporters and a police officer died due to medical issues. These numbers didn’t hit 9/11 figures.

Yet, the political and media elites insist this was a horrific terror attack and the perpetrators should be punished to the full extent of the law. In America, you can burn down a police headquarters and walk away scot-free if you do so in the name of George Floyd. But if you barge into Congress to defend the president, you may face 10 years in jail.

There is a lot to blackpill over this event. President Trump himself condemned the demonstrators in his hostage-esque concession speech. The speech inspired a tsunami of despair from right-wingers, many wondering what was the whole point. Big Tech promises a new round of suppression, lawmakers pledge task forces to persecute Trump protesters, and normies everywhere believe the media’s lies about what transpired. It may be another Charlottesville in terms of its repercussions and cultural backlash.

But it’s not all doom and gloom.

The storming of the Capitol is a pivotal moment for the Right that will shape it for years to come. It may be, in Trump’s words, “just the beginning” rather than the end.

Here are the important “whitepills” to take away from the demonstrations.

January Sixth presented an incredible sight: ordinary Middle Americans rioted over a right-wing issue. You would’ve never imagined this during the Tea Party days. Back then, conservatives peacefully protested Barack Obama, yet they were still seen as the second coming of the Ku Klux Klan. Now you see a more assertive Right that doesn’t care about following rules and shows remarkable dedication to a cause. Hundreds of thousands of Trump voters traveled to DC to protest the election; a few thousand were willing to scale the walls of the Capitol to make their voices heard.

They may not share our views 100%, but these are ultimately our people. And they’re ready to fight. There is something positive in that alone. Our side needs to see ourselves as more than cattle who will accept whatever the system throws our way. For a brief moment, the system got a taste of what it dishes to white America. 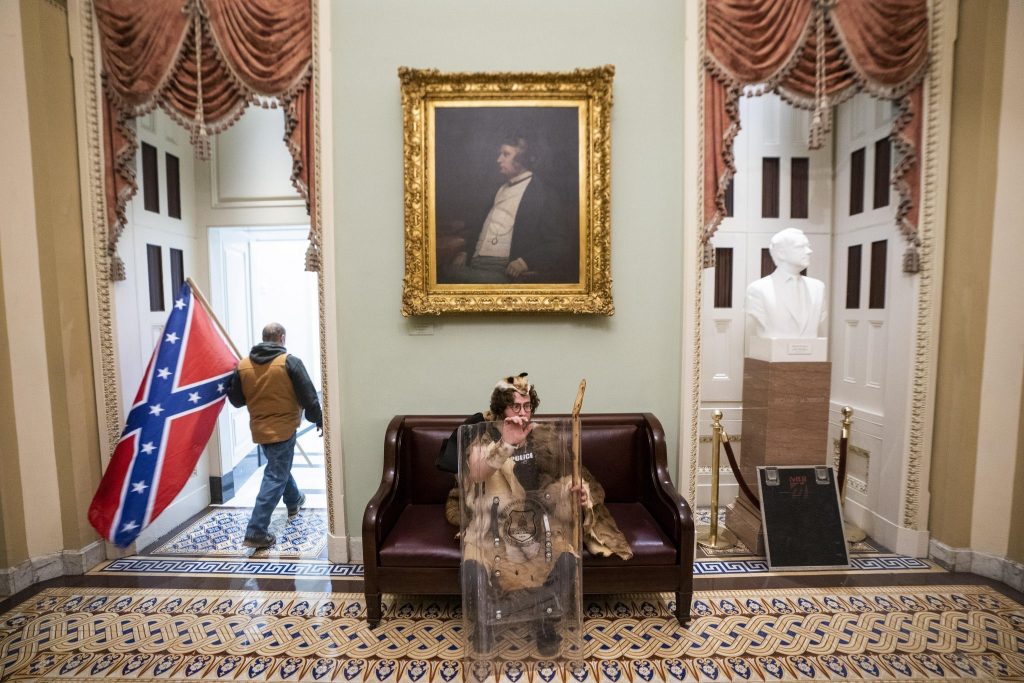 America’s “sacred” institutions — as commentators loved to call them — were tarnished this week. It exposed the system’s hypocrisy. Average Americans do not look fondly on Congress and its inhabitants. The sight of lawmakers cowering in fear at the sight of the people, complete with spacesuit headgear, does not engender respect. But the media instructed us the Capitol was our church, our sacred temple to democracy. Only the most loyal servants would believe this. Every institution vented its fury against the demonstrators — media outlets, politicians, law enforcement, and even corporations. The Right needs to lose its respect for these institutions in order to save the historic American nation. The Capitol demonstrations may have helped advance this goal. There’s no way any right-thinking conservative could see the scorn and sanctimony and believe that these people deserve to rule.

Most importantly, millions of Americans now doubt the legitimacy of voting. Only three percent of Trump voters see Joe Biden as the legitimate winner of the 2020 election. The hundreds of thousands of Trump supporters who rallied to Stop the Steal fully believe the system threw out their votes. They see a system that will crush their most important democratic right if it suits its agenda. The violence unleashed by the state in response to election fraud cements that our democracy is fundamentally corrupt. They will no longer accept elections just because the elites tell them to.

Delegitimized Republicans and a Radicalized Right

Trump’s reliance on standard Republicans was a serious weakness of his presidency. He deferred to them far too often in policy, which resulted in a botched healthcare fight and no populist infrastructure plan. The final blows for this arrangement came with Senate Majority Leader Mitch McConnell blocking $2000 stimulus checks and Trump’s electoral college challenge. The establishment thinks it can regain control with Trump gone.

None of these idiots could draw a fraction of Trump’s crowds and a fraction of the devotion Trump elicits from his supporters. At least a plurality of Republican voters supported the Capitol demonstrations. There are also many Republicans who would tell pollsters they opposed the protests, but they would still sympathize with their cause. This support is not going away, and it won’t transfer to McConnell or Mitt Romney. This is a radicalized Right that is more open to our ideas — even if many of them aren’t allowed to have a Twitter account.

A True Martyr for the Right

The American Right has had a few martyrs over the last year, but Ashli Babbit is the one people will remember. She was a mother, a veteran, and a small-business owner — pretty much the ideal Republican. Babbit died for the crime of crawling through a Capitol building window. Her killer: a black cop. She died for what she believed in. Her murder represents the depths to which the system will sink to defend its power. She symbolizes the ordinary white American who demanded her country represent her — and she took a bullet for it. She will stand condemned by the lackeys of our corrupt institutions, but she will be a martyr to those Americans who want their country back. 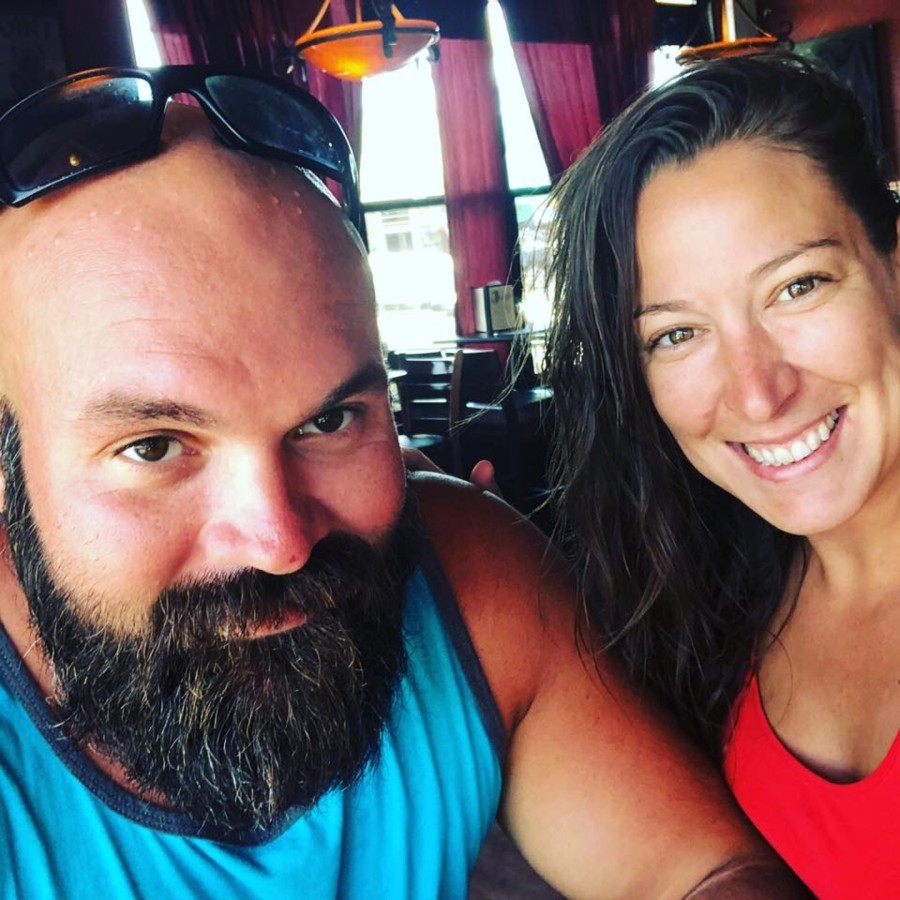 Ashli Babbitt and her husband

Every world leader chimed in to condemn the Capitol demonstrations. America loves to lecture other countries about their lack of democracy and chaos. Now the whole world got to laugh at the sham that is contemporary American democracy. The storming undermined much of America’s liberal grandstanding to the world. Other countries now see America as no pillar for democracy and a complete hypocrite. It can’t even guard its own capital nor conduct a fair election. The world will remember this week’s events the next time the Empire lectures about “values” and “freedom.”

The sharply different responses to the demonstrations reveal a nation that no longer sees eye to eye on anything. Blue America saw it as a domestic terror attack that warranted massive lethal force. Red America saw it as an act of defiance against a corrupt government. This is just another example of both sides beginning to radicalize. Blue America endorses Antifa and BLM riots and pretends they’re peaceful. Red America is rightfully horrified by those acts of violence. Both sides are starting to sympathize with political violence. This is a nation that cannot return to “normality” under President Biden. The post-war consensus will never return, and these divisions will continue to grow. A Balkanized America presents greater opportunities for us to save our civilization. The vast majority of America submitting to the status quo ensures we are consigned to irrelevance.

It’s necessary for our people to resist their dispossession. Wednesday’s demonstrations showed that. Our task is to ensure this defiance is not neutered and we build a movement that will save whites from dalitization.