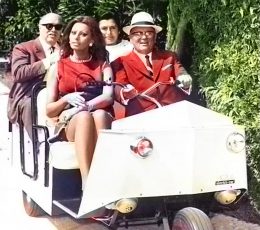 Yes, fellows, it’s that time of year again. Once again, the extremely online youth will foreswear masturbation for a whole month in a ritual known as No Nut November. One of the few salutary phenomena to arise out of social media culture, it will at some point in the future be heralded as an antecedent of whatever ideological/religious movement swoops into power in the wake of the decadent and falling American hegemony for the simple reason that restraint and self-denial are the makings of greatness and restraint and self-denial practiced by the many are the makings of great civilizations. But that’s a tale for another day.

The word cult is thrown around with some regularity on the internet. Many major internet personalities have been accused of fomenting a cult, and indeed, the behavior of their fandoms does suggest cultish behavior. People will tell me about their preferred guru’s intellect, insight, and (bizarrely) sexual prowess and dominance. Always with the sexual prowess and dominance. Maybe that’s the bellwether of whether you have a personality cult or not: cultists talking about the leader’s sexual conquests as if they were their own. I was skeptical of the very notion of a Trump personality cult until I witnessed MAGA people on twitter dot com vividly describe and repeat tales of Donald Trump’s sexual conquests of attractive women, as well as the many references as to how, apparently, the erstwhile Mrs. Melania Trump is a tornado in the sheets. While the ultimate test would be to witness such a narrative being given in person, complete with eyes glinting and bodies saying more than words ever could, I was immediately reminded of old ex-Yugoslavs who would relate vivid tales of how comrade Tito fucked Sophia Loren, as if it were they themselves who seduced and conquered that statuesque specimen of Mediterranean womanhood.

Vicarious sexings of Sophia Loren notwithstanding, the element present in the Tito cult, sporadically present in the Trump cult (insofar as such a cult exists in the real world), and ultimately absent in the online cults is mutual reinforcement and social proof. When old Yugoslavs get together to drink and remember the good old days, and even one of them brings up the Sophia Loren anecdote, they’ll all joyfully reinforce the tale for each other, absence of evidence be damned. When Americans attend a Donald Trump rally, they seem to enter a form of communal dream-state in which each Trump supporter reinforces the other’s experience of what can only be interpreted as a Hierophantic event.

But when a lonely, low-status man in his mid-20s shares a Jordan Peterson quote, or when a vacillating libertarian listens to a 4-hour Molyneux harangue, there are no friends to provide social proof for their newfound creed. It’s just them receiving information from their guru through a computer. But that’s not a cult. A cult is a social environment. A low-status man in his mid-20s looking at a computer screen is the precise opposite of a social environment. No, what we’re witnessing is not a cult. It’s a mentorship.

Let’s go back to the relationship between an e-girl and her simp. The e-girl attempts to avoid fostering a cult-like atmosphere because it runs the risk of reminding her simp that he does not possess her. Indeed, many other men are milling around her. One of the most repulsive sex tales I’ve ever heard came from a trucker who had lost his virginity while serving in the Yugoslav National Army. As soon as his squad got leave, they went to a hooker, and then around 20 soldiers made it with her. He went 16th. When the last soldier was done, the hooker was reported to ask for more. The hero of our story was then seized by the most intense feeling of disgust imaginable. No matter what porn would have you believe, being #16 in a train run on a woman who asks for more after dick-number-twenty-something is a repulsive and unhealthy experience. That is precisely the atmosphere that an e-girl must avoid fostering among her simps, lest they realize that they are what the acronym implies: Suckers Idolizing Mediocre Pussy.

The young man who is on the receiving end of e-mentorship isn’t a stupid cult member. No. He has the undivided attention of his mentor. Oh, sure, he talks to other students of the mentor, but they’re merely discussing the ideas of a great man who is in the process of transferring to them their own greatness. If you call them cultists or worshippers of the guru — if you call them a guru — they answer with incredulity and perplexed disbelief. How can anyone mistake this personal connection I have with my mentor for anything other than what it is?

The fact of the matter is that in young men, the desire to be taught, to be mentored, and to ultimately be inducted into the world is possibly stronger than the sexual instinct, though less flashy and visible. Think of the difference between a tractor and a Ferrari. A Ferrari is flashy and has a lot of horsepower, but a tractor has great torque and can pull a plow, generating things far more valuable than what the Ferrari can do. Sadly, digital modernity relies on exploiting your instincts for nefarious reasons. E-girls will hijack your sexual and bonding instincts to convince you that they’re your girlfriend. Political grifters will hijack your thumotic and political instincts and appeal to your will to power and justice. Mentor-grifters will callously exploit your desire to learn and to become the best man you can be. They’re perhaps the most contemptible, and most insidious, for the mentor-student relationship is how civilization replicates itself in time: an older man transfers his wisdom and experience to a younger man, and the younger man transcends his youth and inexperience by diligent application of his mentor’s teachings. To be a mentor is a noble calling. To provide a simulacrum of mentorship, mentor-porn, is the lowest of deceptions.

We live in an age when too many men lack strong fathers. Historically, your father is your first, possibly greatest mentor. Far more than a warm female body, young men yearn for a firm fatherly hand to guide them to the greatness they know they can achieve. Unscrupulous men, guided by greed, or instructed by their employers in the various intelligence services, will pose as mentors in order to rob young men of their resources or lead them down dead ends or self-destructive paths, maybe even shredding forever their faith in the possibility of mentorship. A young man betrayed by his elders is an ugly and disturbing sight. He is a black hole where all trust goes to die. He is the instrument of civilizational death. We may be approaching a time in the West when the majority of young men have felt the sting of elder-betrayal, and even those who still believe might be in for a rude awakening.

You need to stop watching porn. You also need to stop simping for e-girls. But more importantly, you must abandon these false mentors. The way to do that is to seek out real mentors in the real world. Luckily, much like the human sexual instinct, the male mentorship instinct runs both ways. Just as young men have a will to be taught, so do older men have a will to teach, especially older men who have no or very few sons. Without mentorship, they have no legacy and all their work is meaningless. You’ll deliver them from this meaninglessness by a desire to learn. We are used to googling for information. When’s the last time you asked an older man for advice? While I prefer the interactions be in real life, we can avail ourselves of the internet. There are men of many ages in our movement. We need but connect to each other.

If you are an older man, make your knowledge available to the young ’uns. The rewards of mentorship are honor and respect. Who knows, maybe the young whippersnappers will even wax your car. Inside you is a great repository of experience and knowledge; knowledge that our people need if we’re to survive. The young, holding great potentiality for the future, must for their part be open to such mentorship. It’ll entail humility, which may be difficult in this age of the ego, but then again, you’re already a Dissident Rightist. You’re not in this thing because you shun difficulty and self-effacement.

Take the time to learn and to teach. Learn to reject the falsehoods that modernity throws in your path. Be a student, be a mentor. Take part in the great chain of being.