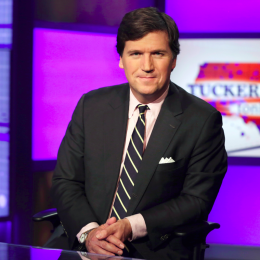 Fox News’ coverage of the 2020 election alienated much of their viewership. The network was the first to call Arizona for Biden, refused to call Florida for Trump even when 90% of the votes had been counted, and declared Biden the winner of the election. Fox News’ ratings have since declined, and many white Trump supporters are seeking out alternative media. This is good news for white nationalists.

Fox has denied claims of voter fraud and has encouraged Trump to begin preparing for a Biden presidency. Never-Trumper Neil Cavuto cut away from the Trump campaign’s post-election press conference after Kayleigh McEnany accused the Democratic Party of voter fraud, saying that he needed to hear more “details” (of course, cutting her off prevented her from sharing any details). Last week, Fox & Friends co-host Bryan Kilmeade said that Trump should “start coordinating” with Biden. Laura Ingraham also laughably suggested that Republicans should “find common ground” with Alexandria Ocasio-Cortez.

Even Tucker Carlson has been a disappointment. Carlson slammed former Trump attorney Sidney Powell on his show and demanded that she procure evidence to support her claims of voter fraud. He claimed that Powell “got angry” upon being asked to show evidence and concluded with a weird plea for his viewers to respect the “truth.” Rich Lowry, the editor of the National Review, described Carlson’s position as “admirable.”

Powell denied Carlson’s claim and said that she declined Carlson’s offer to come on the show because she is busy preparing for the case. It makes sense that she would decline to present evidence on TV before doing so in court.

I can’t comment on the exact claims made by Powell. But given the extremely suspicious circumstances of Biden’s victory and the fact that the Democrats were hell-bent on winning, the burden of proof is on them. Carlson should be haranguing the Democrats instead and demanding that they show evidence of their innocence.

After Election Day, Fox News’ favorability rating among Republicans dropped by 13 percent, and the percent of Republicans with an unfavorable view of the network doubled. Two weeks ago, MSNBC’s Morning Joe topped Fox & Friends for the first time since 2001. From the two weeks before Election Day to the two weeks after, Fox News’ viewership fell by 32 percent. Fox’s audience on YouTube is also shrinking. According to Transparency Tube, mainstream Right-wing YouTube channels (most prominently Fox News) are losing views, while “fringe” Right-wing channels have seen an uptick in popularity.

It is customary for networks to experience a drop in viewers when the favored candidate of their viewership loses, but in this case, there is clearly more going on.

Fox News’ ratings would have suffered less if Carlson had stood up for Trump. Carlson’s fresh-faced, all-American persona and populist message are beloved by millions of white Trump supporters. Tucker Carlson Tonight is the most popular show in the history of cable TV. I suspect Carlson’s recent turn was the last straw for many Fox News viewers.

Most Fox News viewers are white, normie conservative boomers who grew up in a normatively white, high-trust America. They are generally the types of people who respect authority and have faith in the system. But more and more of them are waking up to the fact that they can no longer trust mainstream authorities — even people like Carlson — and that the America of their childhood no longer exists.

Fox News’ coverage of the election could be a turning point for conservative boomers. Of course, many still watch Fox News out of habit. Or they have simply migrated to Newsmax, a conservative news outlet endorsed by Trump. But increasing numbers of them are turning to alternative platforms: YouTube, Twitter, Parler, online message boards. This more decentralized media network means that they’ll be more likely to come into contact with White Nationalist or Alt-Right sources.

As a zoomer, I would like to extend an olive branch to boomers. Anything that drives a wedge between white people subverts the cause of white nationalism and must be opposed. You could say I am pro-diversity. Just not racial diversity.

Beyond that, boomers are an asset to the cause. They are more financially secure and have more disposable income than average, so they are in a better position to contribute financially to pro-white organizations. Boomers also have more social capital than young people. They are more likely to be established and respected members of their communities. If more people like that became open white nationalists, it would have a big impact. (Both of these points also apply to homosexuals, another demographic that the Right would be foolish to alienate.)

Finally, a lot of us have family members and friends who are boomers. If they came around to our way of thinking, it would lead to greater understanding between the generations.

Older adults are less receptive to new ideas than young people, but the fact that all white people have an innate preference for their own kind works in our favor. Also, many people start thinking about their heritage as they approach old age. When people are forced to confront their mortality, they start thinking about what is really important in life. Boomers are rightly known for being clueless and self-absorbed, but this could change.

Conservative boomers are beginning to wake up to America’s peril. They are becoming disillusioned with Fox News and normie conservatism and are unplugging from the mainstream media ecosystem. Some will inevitably stumble on white nationalist sites. We should take advantage of this.