In the Shadow of My Father 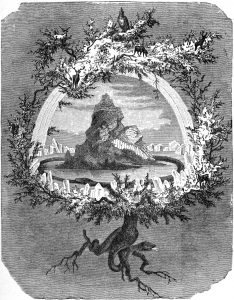 Part of my daily routine each morning is to read a verse from the Havamal. Roughly translated as “Sayings of the High One,” the Havamal is a 13th century Icelandic poem that provides advice and wisdom in regards to personal conduct, social interactions and pragmatic living. Each morning, I contemplate the meaning behind the verse I read and think about how I can implement its teachings into my daily life. Recently, these proverbs have reminded me of my father and the many life lessons he passed onto me.

My father was a larger-than-life character. He was a decorated veteran, police officer, professional pilot and a licensed instructor. He was also a devout Christian, an avid skydiver, and even acted as a consultant to various TV and film productions that worked in the area. It was often said that if you ever met my father, you would never forget him. Along with his physical stature, he had a charismatic personality and zest for life that motivated and inspired other people.

My father accomplished many of his goals and dreams despite coming from “humble beginnings,” as he would say. A more accurate description is that he grew up in poverty without a father, and the family that was in his life often neglected him. While he never forgot the hard times of his childhood, he never used those negative experiences as an excuse to stop him from achieving the things he wanted out of life.

It is common, and quite understandable, to think of our heroes as perfect and infallible beings. No man is perfect, and my father also had his share of faults and imperfections. Yet for me, knowing my father’s imperfections makes him that much more of a fascinating person. I think about my father more and more as I get older. And just as I have matured over time, so too has my understanding and views of my father. Moreover, the lessons he taught me and the examples he set for me have not only made me the man I am today, but have also been the biggest influence on my worldview and red-pill journey.

This isn’t to say that I always had a harmonious relationship with my father. Quite the contrary. I spent most of my teenage years arguing and fighting with him. We had the exact same personality traits, but completely opposite (and often conflicting) interests. My father was a devout Christian and I was into paganism. My father wanted me to be active in sports while I absolutely despised sports, preferring instead to play the guitar or build my own computer. My father also wanted me to follow in his footsteps with a career in law enforcement or aviation, whereas I wanted to be a musician or a writer.

Like two rams butting heads, my father and I often argued and fought with each other. My dad usually won, but I often gave him a run for his money. One such case was after having a heated religious argument with my dad at 13. I decided to get revenge by deleting everything on the family computer and installing “Yggdrasil” Linux. I definitely got my share of laughs, but my punishment definitely fit my crime, as I had to re-install Windows along with all of the software and hardware drivers. My head hurts just thinking about that experience.

Despite our constant battles, my father spent a lot of time with me growing up and taught me how to be a man. He always led by example and held himself up to the same expectations that he had for me.  He was courageous in his career as a police officer and always spoke the truth as he saw it, regardless of how uncomfortable or unpleasant. Despite his Danish father never being active in his life, my father always encouraged me to take pride in my ethnic heritage and to be loyal to my race, particularly when choosing a female partner.

My father also had a strong work ethic and taught me the importance of discipline. To him, discipline was the most important characteristic a man could have. Whether it was making me wake up early, clean the house or exercise with him, I credit my father in building the discipline to turn tedious tasks into successful habits.

I’ve never known anyone that had more self-discipline than my father and this contributed to his productivity and perseverance. He was very productive with his time and never procrastinated or avoided studying or improving himself. He was also perseverant in that he never gave up on a goal or challenge he set for himself. Because of these traits, he was successful in virtually all of his endeavors.

When people in our community meet and get to know each other, one of the most common questions asked is how each person became red-pilled. Without hesitation, and with a smile on my face, I always answer by explaining how my father red-pilled me.

At an appropriate age, he would always tell me about the suspects he arrested each day at work. He would tell me their race and the crime they were caught doing or suspected of committing. Right away, I could tell that it wasn’t a coincidence that the majority of suspects my father arrested were non-white. Yes, many white people commit crimes and not all non-whites are violent criminals. However, my father explained to me at an early age that specific minority groups commit a largely disproportionate amount of violent crime in comparison to the (then) white majority population. The way I figured, for every non-white suspect my father arrested, there was a good chance my father prevented a white woman from being raped, a white male tourist from being assaulted, and more than likely, another non-white rival from being shot.

Even at this young age, I constantly asked my father why more people weren’t aware of these crime statistics or how violent non-white neighborhoods really were. His best explanation to me then was that it didn’t fit the liberal narrative of equality or “systematic racism.” He explained to me that most of the media had an agenda and political bias against white people and often used programs like Affirmative Action to benefit minorities at the expense of the majority white population.

My father was promoted throughout his career, but he became increasingly aware that more and more “diversity hires” put unqualified women and minorities in high positions over more qualified white male police officers. To me, this didn’t make sense. How could an Asian woman who sat at desk for a few years become police captain, when she never set foot in a high-crime area or chased a criminal after robbing a liquor store?

Not surprisingly, my father had quite a few enemies. There were various reporters, journalists, public defenders and even judges who criticized and even harassed my father simply for doing his job. He constantly told me about reporters that tried to portray violent offenders as innocent or “victims of institutional racism.” Yet these reporters and journalists never wanted to report on the countless white victims that were attacked by non-white criminals. Similarly, my father would be summoned to testify in court, only to see lawyers and “activist” judges let violent offenders walk free or receive a reduced sentence.

It didn’t happen overnight, but my father started to notice a pattern. Along with their political bias, all these journalists, lawyers and judges tended to have similar last names and certain physical characteristics. Many of them looked white, but seemed to have extreme animosity towards white people. This sparked my curiosity, and would continue to do so, long after my father passed away.

I always respected my father for his courage in being a police officer, but I have become increasingly critical of the police, particularly in western societies who prioritize ideology and immigrants over their native white populations. I know my father would be equally appalled and disgusted over the politicization of law enforcement.

My father would have rather quit his job or been fired than to allow Antifa to attack people or destroy property in his jurisdiction. His blood would boil if he learned that instead of arresting or deporting immigrants for committing rape and assault, the police in Germany and Sweden often arrest the native white citizens for reporting the crimes on social media. And I know my father would wholeheartedly agree with Mark Collett, noting that “there is a special place in hell” for those UK police officers, who were not only complicit in covering up the abuse of hundreds of British girls by Pakistani rape gangs, but who also cowardly arrested the fathers of those victims. Fathers who repeatedly begged the police to rescue their daughters. My father became a police officer to protect and serve his community, not to implement the destruction and replacement of his community by the entire third world.

The most famous verse from the Havamal, and perhaps the verse that reminds me most of my father and the times we live in, is as follows:

Cattle die, kindred die,
You yourself will eventually die too,
But I know one thing that never dies,
The glory and deeds of fallen heroes.

Despite all the differences and disagreements, my father will always be my hero. He accomplished so much during his lifetime that I often wonder whether I will ever be able to fill his shoes and live up to his achievements. In this manner, I sometimes think that I will always live in the shadow of my father.

During the time that the Havamal was written, many rune stones were raised and on those large stones were carved the deeds of great men. Those names and deeds also cast shadows. But they were also placed in specific areas to give shade from the sun and to allow future generations to read those carvings, and hopefully, be inspired to achieve their own glorious deeds. In this manner, I too become inspired by the deeds of my father. When I think of my father, I get inspired to be the best I can be and to do my part to secure the existence of our people and a future for white children. Whether it be heaven, Valhalla, or the next life, I look forward to one day meeting my father and telling him about my deeds and achievements. After all, the apple doesn’t fall far from the Yggdrasil tree.