Counter-Currents Radio Podcast No. 251
Uppity White Folks & How to Reach Them 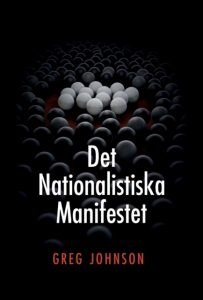 This is the audio of Greg Johnson’s talk in Gothenburg, Sweden, on Sunday, September 22, on the occasion of the publication of the Swedish translation of The White Nationalist Manifesto. We wish to thank the publisher, the organizers of the event, and everyone who attended. We apologize for the technical problems with the recording.