How a Pennsylvania Race War Gave Birth to White America 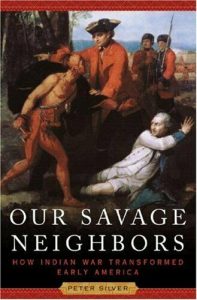 The colony of Pennsylvania was unique. In was developed as a socio-religious scheme by a British Lord named William Penn to provide a place of religious toleration for all comers, run by Quakers. On the surface, a society founded on religious liberty will lead to social peace. But it did not. Pennsylvania in 1750 was rife with ethnic and religious strife, and mistrust among its whites. In 1750, Pennsylvania’s elder statesman, James Logan (1674–1751), a Quaker from Ireland, could only look at the descendants of the earliest colonists, from the New Sweden Colony, with fear. Mark L. Thomas writes:

Ninety-five years had elapsed since the fall of New Sweden, and nearly seventy years had passed since the founding of Pennsylvania, yet the old provincial politician was still uncertain about where the Swedish settlers’ loyalties lay. The Swedes were “much Anglified,” but they were still not English.[1]

There was even mistrust between the English and Welsh Quakers. David Hackett Fischer writes:

So suspicious were these two groups of one another that the English majority deliberately drew the county boundaries of Pennsylvania so as to split the Welsh settlements. The townships of Haverford and Radnor were made part of Chester County, while Merion was placed in Philadelphia County. This was done to keep the Welsh Quakers from controlling an entire county – the earliest instance of gerrymandering in American history.[2]

The colony was also filled with Germans, and this group was internally divided between different sects. The Moravians caused a great deal of concern within the German community; Lutherans in particular disliked them. There were also a series of Yankee-Pennamite wars between Connecticut Yankee settlers and mostly Scots-Irish Pennsylvanians around the area of Wilkes-Barre. While the Quakers liked the Germans, Yankees such as Benjamin Franklin did not. He famously wrote, “Why should Pennsylvania, founded by the English, become a Colony of Aliens, who will shortly be so numerous as to Germanize us instead of our Anglifying them . . .”

All of this strife between very similar groups of whites eventually ended. Today it is not uncommon for a white American from Pennsylvania – or from any part of the Middle West – to be a mix of German, Northern Irish, English/Welsh Quaker, and New Swedish ancestry. How this group came to think of itself as white is described in Peter Silver’s Our Savage Neighbors: How Indian War Transformed Early America. This book is not a gripping, page-turning narrative – although it could have been. Instead, it is an academic study of how two terrible Indian wars impacted Pennsylvania’s diverse culture. To put the bottom line up front, Pennsylvania’s different populations of Protestant Europeans fused, to a degree, and became white when they were all being attacked as whites by a non-white group.

Of all the colonies, Pennsylvania was late in getting a big Indian war. Virginia had troubles with the Indians from the start, and there was a massive Indian uprising in 1622. The 1622 massacre of whites by Indians remains the largest single case of mass murder in Virginia history. Massachusetts had a severe conflict in 1675 called the King Philip’s War. On a per capita basis, King Philip’s War remains the bloodiest in American history. The war affected every family in New England.

In Pennsylvania, white settlement in the form of the New Sweden Colony started in 1638, but it wasn’t until the 1750s that a large-scale Indian war broke out there. Indian warfare was late coming to Pennsylvania for two major reasons: first, the local Indians were less inclined to fight, and second, the Quaker political elite were pacifists. However, there is always a reckoning. Every year, Indian attitudes hardened towards the Pennsylvanians as the result of a pan-Indian social movement. In what is now western Pennsylvania and the Ohio Country, Indians gave up their specific tribal identities and began to identify primarily as Red Men. When a global war broke out, which is called the French and Indian War in America, the Indians were quick to strike across the Pennsylvania frontier.

In reading about the Indian attacks of the time, one is struck by how similar these attacks and their social impact were to today’s Global War on Terror. For example, most whites didn’t personally witness any Indian attacks. Instead, they were described in the print media. Indian attacks were every bit as savage as those of ISIS or al-Qaeda terrorists, and just as in the immediate post 9-11 period, when the National Guard was called up to secure every American airport and to conduct lengthy vehicle inspections at the gates of military installations (even in cases where the passengers were elderly retirees), the Pennsylvanian response to Indian attacks was every bit as overblown and clumsy.

Pennsylvania whites normally detected an Indian war party by spotting smoke rising from a white farmstead, often accompanied by the sound of gunfire. Nearby whites would spread the alarm by messenger. Upon receiving word, whites in the area would retreat to a central, fortified, or built-up area and organize for defense.

The whites who retreated to these safe areas after an Indian attack were of different ethnic groups. On the frontier, white groups consisted of a significant number of the older Anglo settlers (English/Welsh Quakers or New Swedes), but there were usually many more Germans or Northern Irish (the latter merely called Irish by contemporaries.) This collection of Europe’s children would come together and organize into militia companies of poor offensive effectiveness. The people would gradually return to their homes as the fear slowly evaporated. The militias posted to forts rarely patrolled or ventured outside at all, usually remaining behind the walls. One thing to note about these ad hoc militias, as well as soldiers posted on the Pennsylvania frontier, is that although these settlers had come from military cultures not far removed from the bloodbaths of Europe’s wars of religion, most whites lacked military experience. Additionally, for ideological reasons, the state of Pennsylvania didn’t provide any training or organization. At the same time, every Indian was a warrior.

To help illuminate the scale of this disadvantage, consider the following: the New Englanders, who did have a militia, suffered considerable early losses in King Philip’s War. Towns such as Lancaster, Massachusetts were conquered and destroyed, and entire militia companies were wiped out in different locations. The Yankees rallied, but they already had a good idea of what to do. The Pennsylvanians had to learn the maneuvers in the Ranger Handbook on the fly, while facing a highly competent enemy already in the field.

During this time, newspapers played a considerable role in uniting Pennsylvania’s various European groups. Prior to 1750, newspapers had references to Dutchmen, Irish, and so on. As the race war that was the French and Indian War and the subsequent Pontiac’s Rebellion played out, the term “white” became the only way to accurately describe the people being targeted in these attacks. Often, English Pennsylvanian military patrols or other sorts of parties would discover Germans or Irish captured by the Indians. The story of such an event was best described in the news using the term “white.” And indeed, Indians didn’t ask any of their white victims if they were German, Irish, or something else.

Another thing which occurred during this time was that the Quaker political elite was exposed as being, at best, out of touch, or of being hypocritical, empty virtue-signalers at worst. Pennsylvania’s political elite became ex-Quakers. While there is much to admire about the philosophical framework of a pacifist, tolerant Quakerism, a pacifist ideology must be protected by pragmatic people willing to use force.

It is remarkable that a white Pennsylvanian identity emerged at all. Assimilating groups such as the Germans, English, Swedish, and Northern Irish together was quite difficult. Indeed, even today, Northern Ireland is rife with white-on-white violence. One can speculate as to how Pennsylvania whites made this happen. After reading Our Savage Neighbors and other books about the colonization of the Delaware River Valley, one concludes that Colonial Pennsylvania was lucky in that its major metapolitical driver, media leader, and statesman of the time was none other than Benjamin Franklin.[3] The media was thus run by people who were not hostile to Pennsylvania whites as such, unlike today’s Jewish media. Furthermore, Protestant leaders such as the Presbyterian Irish minister Gilbert Tennent began altering their sermons to say that the covenant people were not just those of Ulster Protestant background, but all Pennsylvania whites. And the Quaker philosophical framework influenced other white religious leaders. Likewise, Pennsylvania military units were multi-ethnic: Germans, English, and Irishmen all worked together to keep their communities safe, and nothing survives in the record to indicate that all the groups did not pull their own weight in the struggle. And thus, the American white identity was born.

[3] While it has been claimed that it was written by someone other than Franklin, this document on the Jews is still worth a read.

» Helgi: The Return of the Dead
An Esoteric Commentary on the Volsung Saga, Part IX