The Strength of Diversity 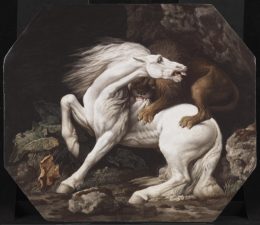 Diversity is held in high regard as a positive quality in Western society, and there are good historical reasons for this. Diversity of thought has led to brilliant innovation, beautiful art, and greater wealth, perhaps more than any other social factor. No one who values quality, beauty, and the good should reject diversity in principle.

Yet the way that “diversity” is used today—particularly in the slogan “diversity is our strength,” as a defense of the doctrines of pluralism and multiculturalism—is subtly different from the way in which it had been used classically, and the results are dramatically different.

It all comes down to how diversity works.

In his book Kindly Inquisitors, Jonathan Rauch argued that capitalism, freedom of speech, and science all represented different applications of the same process of “liberal science.” Liberal science, in Rauch’s book, is the social system which obliges us to consider that we might be wrong, and to leave empiricism, not personal bias or ideology, to determine our actions, no matter how certain we may feel about the matter.

As an epistemological baseline, it works fantastically well. One of the reasons that it works so well is that economic efficiency, beauty, and truth, are not binary, but exist on a graduated scale. One business might be marginally more efficient than its competitor; one novel might be superior to another good novel, without making the first bad; one hypothesis might be more precise, or slightly more predictive than another, generally useful one. Just because we have found a tool that works does not mean that our working tool is the best possible tool for the job. Through liberal science, the more entities we have on the playing field, the better the quality we’ll end up with. Diversity leads to refinement through testing, and refinement leads to efficiency, truth, and beauty.

There is a cost to this method, of course. In order for liberal science to function—in order for diversity to be a strength—the losers must be eliminated. The less efficient businesses will get outcompeted and die. The less popular novels, poems, and speeches will be rejected and forgotten. The less precise, less predictive hypotheses will be tossed.

Rauch wrote that the brilliance of this system is that our ideas can die so that we don’t have to.

So what about diversity of people?

In fact, there is already a name for the application of liberal science to living populations. It is called evolution by natural selection, and it is far more brutal than freedom of speech, science, or free markets.

Diversity within an ecological niche necessarily leads to the death of all but one or two competitors. This is as true in biology as it is in science, in economics, or in art.

Looking down on it all with the detached eyes of a scientist, we might say that it is better in some vague, objective fashion that the Eastern Gray Squirrels win out, because they are the better competitors. But the improvement in the quality of ideas and business efficiency is only “good” because it improves our lives. If the cost of improvement is our own death, then the vaguely alluded-to logic of progress completely evaporates.

In any case, sometimes the “better” actor does not win. Our own history bears this out.

Between 39,000 and 41,000 years ago, the last of the Homo neanderthalensis vanished, leaving only a small genetic trace in the make-up of the Homo sapiens who wiped them out. This was not at all an obvious outcome: the evidence we have currently seems to indicate that Neanderthals were stronger than humans, more resilient to cold and to attacks than humans, were likely more intelligent than humans (they at least had larger cranial capacities than humans), and there is some evidence that they were more skilled tool-makers than humans. The one advantage humans had was a superior ability to communicate and to organize socially, thanks primarily to a more sharply-angled larynx layout that allowed for a more complex language. Despite being the “better” competitor in most regards, the Neanderthal went extinct.

Diversity leads to elimination, in science, speech, business, or people. While the best competitors win more often than not, there is no guarantee. Diversity of people necessarily means the elimination of the losers, and there is no getting around this by hoping we can get along to generate a greater array of ideas. The culling of liberal science works at every level, whether we’d like it to or not, and that includes the human and the population levels.

When we say diversity is a strength, in the realms of economics, science, and literature, it is not a strength for the ideas, but a strength for us. It is a strength for us because it kills off the ideas that don’t cut it and aligns us with the strongest ones. When someone says that “diversity is our strength” in reference to diversity of people, you know one of two things must be true: the person either has no idea what he’s talking about, or he knows exactly what they’re talking about, and thinks that his group will eventually win out over other peoples.

If the people to be eliminated happens to include you, so be it. What difference does it make to them? What is the Western Gray Squirrel to its Eastern cousins? How hard did our ancestors work to save the Neanderthals from extinction?

Diversity of ideas, within a cohesive group of people who are accountable to each other, is a tremendous source of strength. But we shouldn’t play Russian roulette with our own people over a misunderstanding of how diversity works, and we should be very suspicious of people who tell you to spin the cylinder and pull the trigger for progress.